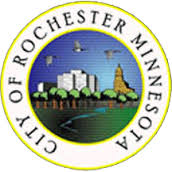 Earlier this year, Rochester City Council members chose to look further at the prospect of developing a municipal fiber network. On August 17th, the Committee of the Whole met to hear a proposal from Alcaltel-Lucent to deploy 500 miles of fiber for approximately $42 million.

According to the Post Bulletin, the city recently surveyed 1,200 Rochester Public Utilities (RPU) customers and found that more than 75 percent of them supported the idea of Internet access from RPU.

Rochester residents and businesses have long suffered with expensive, unreliable, slow connectivity from incumbent Charter Communications. City Council member Michael Wojcik introduced the idea of publicly owned infrastructure in 2010 but the idea never picked up steam. He revived the issue last year when constituents began calling his office with complaints about Charter.

"Principally, I feel the technology, the customer service and price in Rochester are unacceptably bad (from Charter)," [Wojcik] said. "I get the feeling that a good portion of the public strongly agrees with that."

For this information session, the Council took no action; next, the proposal will be examined thoroughly by RPU officials.