As you curl up by the fire this holiday season, we invite you to take the opportunity to watch (or rewatch!) a collection of excellent short films and documentaries that explore the challenges, obstacles, and success stories for communities all over the country looking to improve Internet access.

From Cullen Hoback's "Do Not Pass Go," chronicling the impact of monopoly power in Pinetops, North Carolina, to fun and informative tours of the community networks in Ammon, Idaho and Sandy, Oregon, to a short history of the birth of community broadband in the United States, there's something for everyone.

FairlawnGig has released a new, short, six-minute video that captures why broadband infrastructure is essential for improving quality of life and boosting economic development in communities across Ohio, highlighting a lesson more cities and towns across the nation are learning first-hand: if the goal is to build a bridge over the digital divide, local communities will likely have to build it themselves.

The video (which you can watch in its entirety by clicking on the video embedded below) also serves as a subtle but fitting admonition of an anonymous state Senator who submitted an amendment into the state budget earlier this year. If passed, it would have threatened to put the award-winning fiber network out of business and prevented other communities in the Buckeye State from following in Fairlawn’s footsteps.

Thankfully, the amendment – a gift to incumbent monopoly ISPs intent on crushing any competition – was rejected after state lawmakers were inundated with constituent complaints about the “in the dark of night” proposal.

Compelled to Take It on Themselves

Fairlawn, a small city of approximately 7,500 Ohioans about 10 miles northeast of Akron, created a telecommunications utility in 2015 to bring city-wide access to high-speed Internet service after years of dealing with subpar broadband offerings. Today, the network enjoys a take-rate of 60 percent while subscribers enjoy a choice of three residential services tiers: a 300 Megabits per second symmetrical connection for $55/month; symmetrical gig speed service for $75/month; or 2.5 Gigabits per second service for $149/month.

In the video, the narrator begins with an observation that is fast becoming obvious to just about everyone:

Many communities in the U.S. are being left behind due to a lack of adequate Internet service and access to state of the art technology. 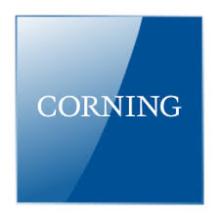 In a video published by Corning Optical Communications in June, ILSR Community Broadband Networks Director, Christopher Mitchell explains why municipal networks are so important to consider when communities are trying to connect more of their residents to reliable, affordable service.

Mitchell explores the history around electrification in the U.S., and how electric cooperatives were formed in many communities to light up rural parts of the country when larger companies wouldn’t. He points out the parallels between electrification and connectivity in these more remote locations.

Mitchell also talks about how municipal networks are uniquely positioned to serve their residents, with priorities based at the heart of community needs and development.

Coring Optical Communications releases new videos on their Youtube channel on a monthly basis. They have experts from throughout the telecommunications world talking about solutions and innovations in areas such as fiber-to-the-home deployments, wireless technology, and hyper-scale data centers. Watch more content here.

The Institute for Local Self-Reliance has partnered with Southeast Nebraska Development District (SENDD) and the Nebraska Economic Developers Association (NEDA) to present a broadband seminar series to provide education to local elected officials, economic developers and other stakeholders. The series covers everything from the basics of broadband infrastructure and technology to financial models to the longterm benefits of investing in fast, reliable Internet access.

The series was developed by Christopher Mitchell, in collaboration with SENDD and NEDA, and produced and edited by ILSR Senior Researcher and Multimedia Producer Maren Machles.

Christopher is joined by David Young, Chief Information Officer for the City of Lincoln and Lancaster County in the third episode of the series. The two give guidance on state and federal broadband programs as well as barriers, challenges, and solutions for broadband infrastructure deployment.

In the final episode of the series, Christopher interviews Brad... 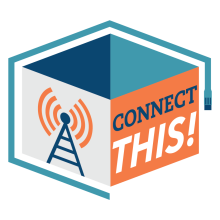 Tonight, at 6:45 ET, we will have a special episode of the Connect This! show with Doug Dawson, Kim McKinley, and Travis Carter to respond to the Interim Rule issued by President Biden's Treasury Department, which basically makes it difficult for most local governments to use the funds for broadband infrastructure. (We have a forthcoming story to explain this in more depth.)

The video will be streamed here live as well as below. It will be available the next day on ConnectThisShow.com.

Building Business and Community Goodwill Through Marketing - Connect This! Episode 6

This week on Connect This! Christopher and Travis Carter (CEO, USI Fiber) are joined by Kim McKinley (Deputy Director and Chief Marketing Officer, UTOPIA Fiber) and Kyle Hollifield (VP of Business Development, Magellan Advisors), both veterans with years of experience.

Marketing means more that a logo with a snappy slogan, and it can be hard to quantify the value in taking precious dollars and applying them to tasks other than fiber in the ground and the supporting electronics. The group emphasizes how important it is to get right from the start, and the impact it can have on take rates, positive word-of-mouth, and a sense of goodwill. They discuss why marketing should be both a budget priority and a central part of any business plan, and what it means for everyone from installation subcontractors to CEO to play a role. Travis, Kyle, and Kim share some of their favorite marketing success stories.

Email us broadband@muninetworks.org with feedback and ideas for the show

Owning Your Internet Connection is Better than Renting It

In a livestream just before Thanksgiving, Christopher was joined by Althea Networks CEO Deborah Simpier and NetEquity Networks Founder and CEO Isfandiyar Shaheen (Asfi) to discuss an innovative financing model for building Fiber-to-the-Home (FTTH) with the potential to bring quality broadband connections to the millions of homes around the country that are currently un- or underserved. Best described as a  “fiber condominium” approach, it pairs collectively owned network infrastructure with the equity boost that comes with bringing symmetrical gigabit access to residential housing.

In a new video, Shaheen explains how it works in both the short term and over time, with last-mile fiber connections made by leveraging Home Equity Lines of Credit (HELOC) in modest amounts from local credit unions and a payment arrangement that covers everything from the construction to customer service calls.

The meat of the discussion starts around 6:35, with Shaheen describing how a $60-70/month payment for fiber Internet access breaks down. It covers everything needed, including payments for the HELOC to the local credit union, transit rates for the middle-mile network operator, maintenance fees, and an organizing entity like NetEquity Networks to bring all these stakeholders together and manage the connection.

It’s a fascinating model, with some new relationships that need to be created but no revolutionary technology or fundamentally new financing structures.

Watch the video below:

Connect This! Update and Upcoming Shows

It's only been 26 days since the dawn of 2021, and somehow it feels like I've aged a relative year in the last four weeks. We've got a lot of exciting projects going on here among the Community Broadband Networks team, but wanted to post a quick update about the Connect This! show. Watch below where Christopher and I talk about what to expect and when. In short, Connect This! will return be returning early in February, and Christopher and Travis will be bringing together a slate of exciting panelists to tackle all the topics we expect to play out in the coming year.

As always, reach out to us at broadband@muninetworks.org with your comments, questions, and ideas for the show.

Webinar: Getting the Broadband That Your Community Wants Factors in Deciding to Build it Yourselves

ETI Software Solutions sponsored an event to help untangle the set of considerations facing communities discussing what route they want to take to improve Internet access for families and businesses in the community.

Heather Gold (HBG Strategies) presided over the panel which included ILSR's Christopher Mitchell as well as Ben Fineman, President of the Michigan Broadband Cooperative, Steve Lang, IT Manager for the city of Wadsworth, Ohio and its CityLink Fiber, and Will Aycock, General Manager of the Greenlight Network in Wilson, North Carolina. They cover a lot of ground, from the different models worth considering, to the phases of planning, to financing, construction, and customer service.

Watch the video at ETI's YouTube channel, or below.

In the Wall Street Journal: Rural Families Struggle With Work and School With No Home Internet Access

Months after work and school went remote for millions of Americans, some communities are still waiting to get online. In the Wall Street Journal in August, members of a rural community in West Virginia discuss the daily toll in their life that this struggle to receive home Internet access takes. ILSR’s Christopher Mitchell also explains the failures of US broadband policy that has kept communities from getting connected:

Read more in the article, or watch the video here.