See the bottom of this post for related job openings

Foray into Fiber Frontier for A Rural Virginia Cooperative 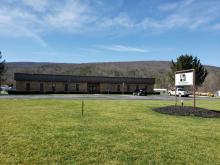 Craig County, Virginia and the surrounding region is steeped in early American history. And now, thanks to the Craig-Botetourt Rural Electric Cooperative (CBEC), this corner of southwest rural Virginia has established a forward-looking outpost of Internet connectivity with the launch of a new Fiber-to-the-Home network. The first subscribers in Botetourt County already have the Bee Online Advantage as the co-op hopes to expand its high-speed offering across the seven counties in its 650 square-mile service area.

This week on the podcast, we're joined by two representatives from Minnesota based CTC, a firm that started as a telephone cooperative and has become one of the most aggressive fiber network builders in greater Minnesota. CTC partners with electric cooperatives and communities to undertake internet infrastructure projects around the state. CEO and General Manager, Kristi Westbrock, and Director of Business Development, Joe Buttweiler, talk with Chris about the history of the cooperative's decision to embark on a network upgrade bringing fiber to its 15,000 members almost 20 years ago. 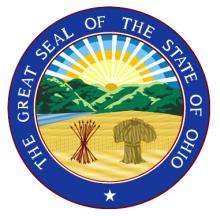 In Ohio’s Miami Valley, the final phase of construction for one of the country’s first multi-jurisdictional networks, the GATEWay Public Fiber Network, is underway.

The final network will connect the cities of Centerville, Kettering, Miamisburg, Moraine, Oakwood, Springboro and West Carrollton with more than 40 miles of fiber, with the resulting infrastructure bringing increased bandwidth, speed, and capacity at an affordable price to the local governments, schools, nonprofits and public safety facilities of seven communities under the Miami Valley Communications Council (MVCC).

Last fall we wrote about the launch of Project OVERCOME, a grant program "designed to connect the unconnected through novel broadband technology solutions" by soliciting applications from community-based organizations and ultimately award $2.7 million funded through the National Science Foundation and Schmidt Futures (the philanthropic initiative founded by Eric and Wendy Schmidt).

Five months after launch, the Olneyville free public Wi-Fi network has proven its value and nonprofit One Neighborhood Builders (ONB) is ready to bring the network into its next phase of life. The next few months will be packed for ONB as it gears up to strengthen Phase I of the network, plans the expansion of a Phase II, and puts boots on the ground to energize the information campaign around the network. The nonprofit has been answering a flood of information requests from folks throughout the region considering bringing a similar mesh network to their own communities, and in response, it will also be putting together a case study for communities who might be interested in replicating its success.

New York City is looking to take a bite out of the Big Apple’s broadband gap for residents living in newly built affordable housing.

Last month, the New York City Department of Housing Preservation and Development (HPD) released revised Design Guidelines requiring new affordable housing projects that use city funds to be “designed and constructed to provide high-quality [I]nternet access and service as part of their lease contract and at no additional cost to the tenant.”

That means all new affordable housing buildings that use city funds must be wired, “to the maximum extent feasible,” to offer free high-speed Internet access that supports “four simultaneous moderate users or devices, with preferred system capacity of 100 Megabits per Second (Mbps) upload and download, per unit.”

Speed Vs. Longevity: Rethinking How We Fund Rural Broadband - Episode 455 of the Community Broadband Bits Podcast

On this episode of the Community Broadband Bits podcast, we're joined by Jonathan Chambers, a partner at Conexon. Conexon has helped rural electric cooperatives build fiber to the home networks since its founding five years ago.

Christopher and Jonathan talk about ideas for how to improve structuring rural broadband subsidies in a way that takes advantage of fiber infrastructure's long life. Jonathan and Chris dig into what this would mean for funding projects, and how it would change the way we think about and approach connecting rural communities in the future.

There's been an explosion of federal dollars devoted to helping expand high-speed Internet access. This guide offers an overview of the different funding opportunities for communities interested in expanding broadband services. As application deadlines vary in some cases and other money must be spent within certain time frames, it is critical for states, municipalities, community organizations, and Tribal governments to start planning initiatives now. 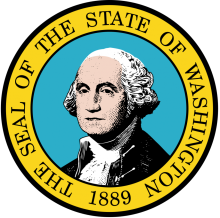 Though voting was highly conflicted and debates lasted late into Sunday night, H.B. 1336, an act granting public entities unrestricted authority to provide telecommunications and Internet services to end-users, scraped through the Washington State Senate by a vote of 27-22 on April 11.

If State Governor Jay Islee signs H.B. 1336, Washington will have removed its barriers to municipal networks, leaving just 17 states with deliberate barriers to local Internet choice. “We’re fired up around here,” said the bill’s sponsor, Rep. Drew Hansen, D-23, in an interview. “What a huge deal this is. It undoes 20 years of bad state policies which restricted local governments from offering broadband.”

The recently reintroduced Affordable, Accessible Internet for All (AAIA) Act would be a game changer. The bill includes funding and dedicated support to address barriers that prevent millions of Americans from having access to affordable, high-speed Internet connectivity. It backs measures that would encourage pricing transparency, promote Internet adoption and digital literacy initiatives, guarantee affordability, and protect the rights of workers who would build the networks. It also makes input from local, state and Tribal governments a central component of future infrastructure and overturn state preemption laws which prevent communities from building publicly owned networks. 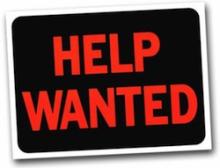 The Institute for Local Self-Reliance (ILSR) is a national nonprofit working to empower communities by striking at the roots of monopoly power and striving toward a vision of thriving, diverse, equitable communities. We use in-depth research, reporting, and data analysis to produce influential reports and articles. Our analyses are frequently featured in national news media and sought out by policymakers. We work closely with a broad range of local community leaders, elected officials, and a diverse coalition of allies to advance these ideas and policies.

East of Birmingham, Coosa Valley Electric Cooperative is in the initial stages of building a Fiber-to-the-Home network to bring gigabit service to more than 17,000 member-owners in what will be a four-year build. The effort is driven by overwhelming member support and a renewed commitment to bringing essential services to communities otherwise left behind.

We’ve been closely covering S.B. 5383 and H.B. 1336, two bills in Washington state that would give Public Utilities Districts (PUDs) and port districts the authority to offer retail telecommunications services.

One component of the recently passed Consolidated Appropriations Act of 2021 was the Emergency Broadband Benefit, a $3.2 billion program designed to get families connected to available service that they otherwise might not be able to afford. The program provides a subsidy of up to $50/month (or $75 on tribal lands) for broadband service as well as up to $100 for a device (with a household contribution) for as long as the money lasts.