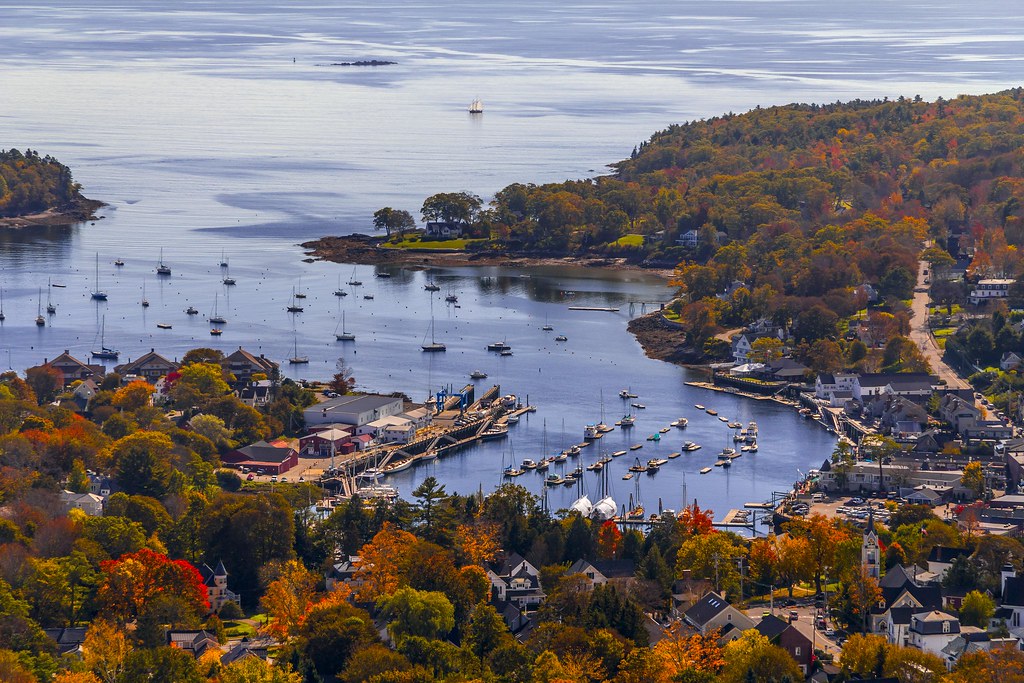 The type of regional utility the communities are seeking to establish is a broadband network utilizing an open-access model, in which the fiber infrastructure is municipally-owned, the maintenance of the network is managed by an outside firm, and private Internet Service Providers (ISPs) provide retail service to end-users. The ultimate goal of MIDC is to build an open-access, Fiber-to-the-Home (FTTH) network to provide universal Internet access across any towns which vote to sign onto MIDC’s interlocal agreement.

Faced with aging populations, a need to consider their economic futures, and no hope of investment from the monopoly ISPs, many cities across Maine have joined forces to develop their own publicly-owned broadband utilities. MIDC is one of three regional broadband utilities in Maine, alongside the Katahdin Region Broadband Utility and the Downeast Broadband Utility (DBU). MIDC will follow the same regional approach as DBU, a utility which found deploying a fiber network and allowing local ISPs to offer services over the infrastructure was the most feasible approach to ensure high-speed, reliable

Internet was accessible to residents. Since being established in 2018, DBU now services 95 percent of residents in the towns of Calais and Baileyville with FTTH. The utility continues to grow, as the town of Alexander voted to sign onto DBU's interlocal agreement in September 2020.

MIDC received overwhelming support from the first three towns to vote to establish the regional utility district. The majorities of voters in favor of founding MIDC were 91 percent (714-67) in Camden, 79 percent in Rockport (400-115) and 81 percent (228-51) in Thomaston, reports Waldo County Free Press.

Debra Hall, chair of the MidCoast Internet Coalition, told us in a recent interview that the three towns who already joined the MIDC have been moving quickly to spread awareness of the plan to bring better broadband access to the area and encourage nearby communities to get on board. “We didn’t expect that South Thomaston was going to be able to move as fast as it has, or Cushing, or even Rockland. They’ve surprised us pleasantly,” Hall said.

MIDC will operate under a public-private partnership model, where multiple municipalities own the fiber infrastructure, while “the network is operated by an experienced professional contractor and serviced by experienced private providers (ISPs),” according to a MIDC press release.

Establishing public networks in the Northeast tends to be more financially feasible when towns join together. Maine is particularly ripe for the regional utility model because of the relatively low population density in communities throughout the state. Local governments and local ISPs also have a track record of working together, which helps move the process along.

The regional open-access approach is also likely to attract more ISPs to serve the open-access network. Two ISPs have already committed to delivering services on MIDC’s network, which will provide end-users with Internet access at speeds of no less than symmetrical 100 Megabits per second (Mbps) connections. Service providers operating on the network will further be required to offer gigabit Internet services.

Building a municipally-owned broadband network rather than relying on private Internet companies to build the infrastructure gives local residents more local control over the scope and quality of the Internet service provided through the network, as noted by Bangor Daily News. It also allows for each community to have a say in establishing basic policies to address community-specific needs, such as prohibiting bandwidth caps or providing a service option affordable for low-income residents.

Although MIDC has yet to conduct a feasibility study, the project’s estimated cost currently sits at $16 million dollars. According to Hall, all funds for the initiative “will be raised through grants, private investment, and other funding sources.” No funds will be raised through taxes, as MIDC has no authority to tax participating towns or their residents.

Knox County on the Fence

“It would become a true regional effort, if the county joined us and held a seat on [MIDC’s] board of directors,” said Audra Caler, Town Manager of Camden, “[This effort] is only going to be successful if we do this all together.”

However, throughout the public meeting, Knox County Commissioners resisted making any commitments.

During the Knox County Commission meeting, Commissioner Dorothy Meriwether, representing the towns of Thomaston, South Thomaston, Rockland and Owls Head, responded to the offer suggesting MIDC “take it to the Congressional delegation,” as county commissioners are “nowhere near knowing how [they] are going to allocate the money [they’re] going to receive.”

In what ILSR has feared since the U.S. Treasury’s Interim Final Rules were released last month, Meriwether referenced the Interim Rules to defend her decision not to engage with their offer. The Interim Rules [pdf], while not final, state that any cities and counties attempting to use Local Fiscal Recovery Funds to build broadband infrastructure should focus on areas which do not have 25/3 Mbps service reliably available.

Meriwether argued that using Knox County’s Rescue Plan funds to invest in municipal networks would not align with the Congressional intent of the Local Fiscal Recovery Funds, although building a public broadband network would directly address many of the proposed purposes of the federal relief funds: allowing for more equitable access to virtual education and to the digital economy, helping efforts to fight COVID-19, and addressing negative economic impacts caused by the pandemic. "I know you are anxious to get the money, but time is not of the essence for us,” Meriwether said.

In an interview with ILSR, Hall said “the county is taking the position that time is not of the essence, yet time is very much of the essence. The longer that money sits there and is not used for things like it was intended to - for example, to recover from COVID-19 and make economic strides - the more it is completely contrary to the Congressional intent of the money in the first place.”

Although the regional utility has received the full support of local legislators representing Camden, Rockport, and Thomaston voters, it's going to take increased grassroots efforts to get Knox County Commissioners to consider investing in the initiative.

There is still hope that MIDC will be able to partner with Knox County. Near the end of the Knox County Commission meeting, Commissioner Sharyn Pohlman, representing the towns of Camden, Rockport, Hope, and Appleton, requested that MIDC representatives return when they are further along in establishing the regional utility. Pohlman specifically said she would be interested to see a detailed business plan, the interlocal agreement, MIDC’s bylaws, and a feasibility study, before pursuing discussions further.

If the county were to provide MIDC with a $4 million funding commitment, the Coalition would be able to use that investment to raise an additional $4 million in matching funds from the ConnectMaine Authority. The Coalition would then raise the remaining $8 million required for MIDC’s network through collateral loans.

Knox County Commissioners were presented with the opportunity to not only jumpstart MIDC’s effort, but also to make it more affordable to county residents by providing additional seed funding. The more seed funding available to build out the network, the less debt will be required to be paid back by individuals who take the service, making the service more affordable to end-users.

The MidCoast Internet Coalition's efforts are being made increasingly difficult by front groups who have launched a propaganda campaign to protect big incumbent providers in the region from competition.

“A written piece in circulation from the Maine Policy Institute, formerly the Maine Heritage Policy Center, demonstrates a common tactic to misrepresent MidCoast Internet,” Hall noted, adding that industry lobbyists are using scare tactics, raising the specter of taxpayers being saddled with debt should the municipally-owned network fail to reach a sufficient take-rate.

On top of the written piece, which cites highly inflated and inaccurate BroadbandNow statistics to argue that 94% of Knox County residents already have access to Internet at speeds of 100/10 Mbps, the Maine Policy Institute also spent over $4,000 dollars on digital advertisements bannered across Google and Facebook and sent mailers to the homes of residents living across the three communities which voted last Tuesday, according to Hall.

“They are fixated on the issue of increasing taxes,” Hall said. “However, the Midcoast Internet project and its soon-to-be created regional utility is specifically designed without placing a tax burden on our communities and without the authority to do so.”

Despite the array of obstacles individuals working to establish the MIDC regional broadband utility have encountered, they are determined to make high-speed Internet accessible across Maine's Penobscot Bay Region. If MIDC's attempts to access federal relief funds through a partnership with Knox County are unsuccessful, the regional utility plans to turn to private investors to begin raising funds for the public network. While it took ECFiber a total of 5 years to raise enough private capital to begin its multi-town FTTH initiative across Vermont, it is now on firm footing and making good progress towards its goals. Another potential financing route for the broadband utility is contingent upon Maine Gov. Janet Mills signing off on legislation (L.D. 1432) which would update Maine's Municipal Gigabit Broadband Network Access Fund. The act would reform the Gigabit Fund so only municipalities and regional utilities could access its grants, and was enacted by the State Senate on June 10.

"What [MIDC is] doing here is what state policymakers are encouraging us to do and right in line with that they want to see happen in Maine," Hall said, in an interview.