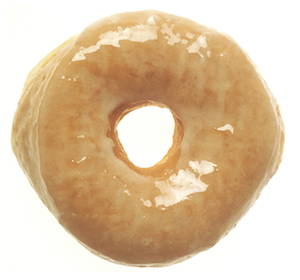 As Minnesota's Legislature decides on funding for the state's Border-to-Border Broadband Development Grant Program, local media is calling on state leaders to prioritize local connectivity in the Capitol Chambers. This year, Governor Dayton's office is recommending allocating $100 million to the program.

In the past, the Border-to-Border Broadband Development Grant Program has granted funding to areas of only the greatest need, which has resulted in Internet infrastructure deployment in very rural areas. That's great for municipalities, businesses, and residents in those areas who certainly need and deserve better connectivity. Towns where there is some coverage, such as old DSL networks, have typically not qualified. As a result, rural areas of the state are developing "donut holes" of inadequate connectivity. In the long term, this could spell disaster for these towns because businesses have no reason to locate in places where they can't get the Internet access they need for operations. A blended approach will allow investment in both unserved areas and areas where some networks already exist so centers of economic activity can still compete with their neighbors.

Chris provides more information on the blended approach, and on one possible solution for rural communities, in this nicely produced video created by Capitol Almanac:

Lawmakers from both sides of the aisle are saying broadband expansion, especially to greater Minnesota, is a priority this session, but there are competing perspectives on how to use any funding the legislature sets aside. In this segment from "Almanac at the Capitol," we hear two takes on how best to get all Minnesota online.

The Minneapolis Star Tribune's Editorial Board recently published their thoughts in Broadband grants deserve priority in Minnesota. Editors at the Strib recognized the necessity of high-quality Internet access for rural Minnesota, suggesting state funding for rural Internet networks be separated into stand-alone legislation rather than lumped into a large omnibus bill. A separate bill would allow constituents to monitor how their elected officials vote on the issue. This is important to Minnesotans and their future.

The Strib Editorial Board also noted that the debate on how the funds are distributed is a critical policy question:

Should state funds be directed at providing connections where they are lacking or boosting service in places where speeds meet the 2010 state standards but are insufficient for today’s commercial, medical and educational needs?

We hope the answer is “both.” Both situations represent a failure of the private marketplace, which justifies state action.(emphasis ours)

Investing in unserved areas and also in areas where there is service but that service is inadequate to meet the needs of local government, businesses, and residents is the blended approach Minnesotans need.