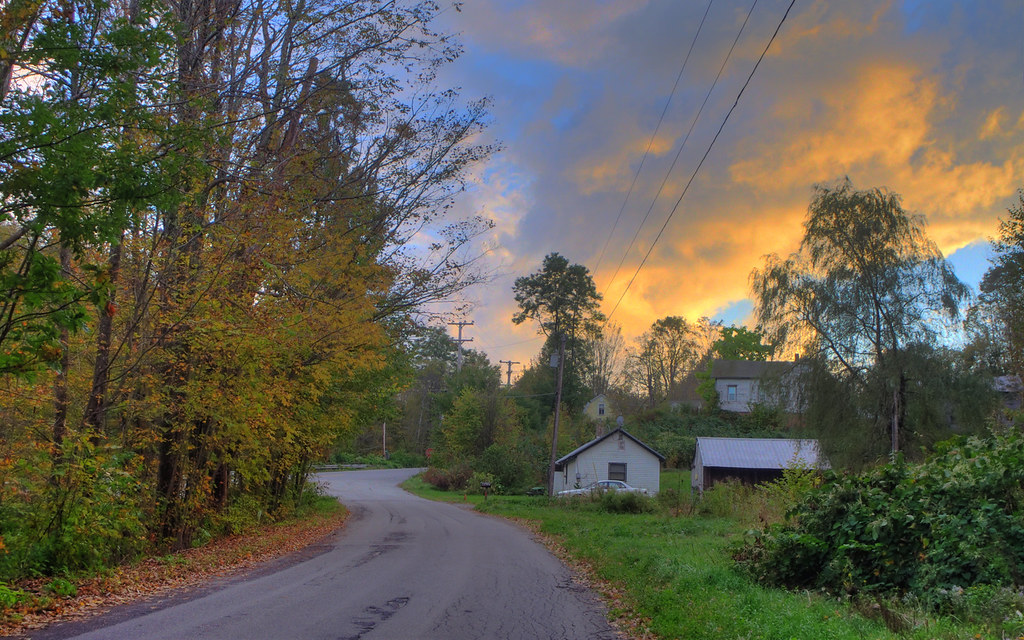 Spurred to action by inadequate high-speed Internet service as the pandemic besieged their communities, local officials and citizen volunteers in five rural Maine towns formed the Southwestern Waldo County Broadband Coalition (SWCBC) in an effort to bring ubiquitous and affordable broadband to its portion of Waldo County.

Two years later, the SWCBC is close to securing a major victory for local Internet choice in the face of a well-funded opposition campaign sweeping the Pine Tree State as the Big Telecom lobby and its allies try to undermine the very idea of publicly-owned, locally-controlled broadband networks in Maine and elsewhere.

The five SWCBC towns clustered about 30 miles east of Augusta – home to approximately 5,600 Mainers – are looking to create what is known as a Broadband Utility District (BUD). Four of those towns (Freedom, Liberty, Palermo, and Searsmont) recently voted in favor of establishing a BUD. Montville will be the last of the five towns to vote on whether to BUDdy up with the neighboring municipalities via an Interlocal Agreement (ILA). That vote is slated for August 23.

Similar to Communication Union Districts (CUDs) that the neighboring state of Vermont is relying on to deliver reliable and affordable broadband to its residents and businesses, Maine state law “allows towns to band together to form a community-owned organization, controlled by the municipality members but a legally separate organization - a regional non-profit utility. The BUD is allowed to incur debt that is separate from and not guaranteed by the municipalities.”

In addition to having the authority to finance the construction of broadband infrastructure, another major benefit of forming a BUD is that the state’s broadband office overseeing Maine’s broadband grant program (ConnectMaine) “prioritizes (the) assistance” of communities who establish these utility districts.

Setting the Wheels in Motion

Among the towns that comprise the SWCBC, the essential nature of high-speed Internet connectivity really hit home for town officials when it became difficult to conduct basic town business because of inadequate Internet service. Freedom Select Board Member Elaine Higgins reached out to the Select Boards of neighboring towns. The issue resonated with Palermo Select Board member Bob Kurek.

And so began a conversation that set the wheels in motion and would lead to the creation of the SWCBC.

Bob responded with this message. As a Selectman you know that one problem your rural town has is a significant number of residents with very poor Internet connectivity. How do you address an issue like that as a single town with limited clout and resources?

Soon after, the fledgling coalition received a small planning grant from ConnectMaine, a quasi-state agency devoted to bridging the digital divide in the state. They also partnered with Kennebec Council of Governments (KVCOG) with an assist from the Island Institute. And then, Higgins and Kurek recalled, a crucial element to the effort joined the mix: “we formed a dedicated volunteer committee to try to do something to help our friends and neighbors get better broadband services.”

The need for reliable, affordable broadband access was a top concern among their constituents.

Anecdotal evidence could be found in abundance. But they needed more quantitative data. First, the SWCBC decided to conduct a formal survey. As we reported in January, the survey found that out of those respondents who did not have Internet access, 55 percent did not have a provider offering wireline access, while 32 percent said the service available to them was simply too expensive. Of those who had service, 76 percent said their service was noticeably slower with more than one user online, while 56 percent said they experienced an Internet connection problem at least once a day.

Another eye-opening finding was that “96 percent of the 70 miles of road in Searsmont (the largest of the five towns), are either underserved or not served at all by current Internet service providers.”

In addition to the survey, each of the five SWCBC towns pooled their federal Rescue Plan funds ($9,000 per town) to pay for a feasibility study conducted by Axiom, which detailed four possible models to pursue, the technology that could be deployed, and proposals from a half dozen Internet service providers (Axiom, GWI, Unitel, Red Zone, Charter/Spectrum, and Consolidated Communications).

The proposals to build out a fiber network ranged from $8.6 million to $13.4 million. However, the study noted, “the cost of the projects is not relevant; only the cost and risk to the community or SWCBC.”

Ultimately, the study recommended the SWCBC form a BUD, build an open-access fiber network and then seek to partner with private ISPs who have experience working with BUDs (GWI, ValleyNet, or Pioneer Broadband) to provide last-mile service. To pay for network construction, the study recommended applying for a state broadband grant to get construction rolling, which would alleviate “the towns and taxpayers (from) incurring any obligation or liability.”

Assuming the construction moves forward in the next year or so, the study concluded that “after 2027 approximately $162 thousand annually in excess cash is generated. If this was a private business, the cash would be profit. To a large extent, this is a result of the grant funding.”

First, however, is the need to formally establish the BUD, which is one town vote away from becoming a reality.

As Montville residents prepare to vote on August 23, and with the other four towns already voting to move forward, this municipal broadband initiative appears to have avoided coming into the crosshairs of the Big Telecom campaign to undermine municipal broadband initiatives -- possibly because Charter Spectrum was one of the private providers to have submitted a proposal to build out the network and the bad optics of being linked to anti-municipal broadband groups such as the Alliance for Quality Broadband, a front organization for Charter Spectrum (See one of AQBs social media ads to the right).

Other towns in the state weren’t as fortunate. A municipal broadband proposal in Southport and another in Readfield were both recently rejected by voters in those towns after the Charter-funded Alliance for Quality Broadband targeted those communities in what a Maine Public Radio investigative story described as “electioneering tactics that have offended some residents.”

While mailers and locally-targeted digital ads by Alliance for Quality Broadband may have helped convince Southport and Readfield residents to ditch their municipal broadband proposals, a full accounting of its electioneering activities and funding sources is not possible because the vast majority of Maine towns do not require campaign finance reports by groups influencing local referendums.

A similar campaign was waged last year in Hampden and Leeds. As we reported in December of 2021, “one ended in victory and the other in defeat shrouded in a haze created by big cable and telephone monopolies among a fog of misinformation.”

In a recent episode of our Connect This! show host Christopher Mitchell explored what he called “campaigns to keep the monopolies we don’t love” with Peggy Schaffer, the recently retired director of ConnectME in Maine; Andrew Butcher, President of the Maine Connectivity Authority; and Christa Thorpe, Community Development Officer of the Island Institute.

You can watch the program here. And you can also listen to Christopher and I dissect the Alliance for Quality Broadband and the group’s deceitful analysis on a recent Community Broadband Bits podcast here.

These sorts of efforts by the big incumbents to protect their regional monopolies is nothing new. But now that states and local communities have access to unprecedented funding to advance municipal broadband projects, what we are seeing in Maine, as well as in other states, serves as a stark reminder for community broadband advocates to be mindful of the re-emergence of opposition campaigns and not overlook the vital importance of robust public education efforts.

*Update: On the evening of Aug. 23, Montville voters overwhelmingly approved joining the SWCBC BUD. According to Montville resident Jim Troutman -- an advisor to the Maine Connectivity Authority; co-founder of the nonprofit public Internet Exchange for Northern New England; newly appointed Director of the Waldo Broadband Corporation; and overall broadband enthusiast -- the vote was 58-0.

Last night, my town of Montville, Maine voted 58-0 to approve forming a Broadband Utility District to bring fiber optic Internet to 5 towns in our region. The Select Board also voted to appoint me as a Director of the new Waldo Broadband Corporation.https://t.co/iatVgbGgZ1