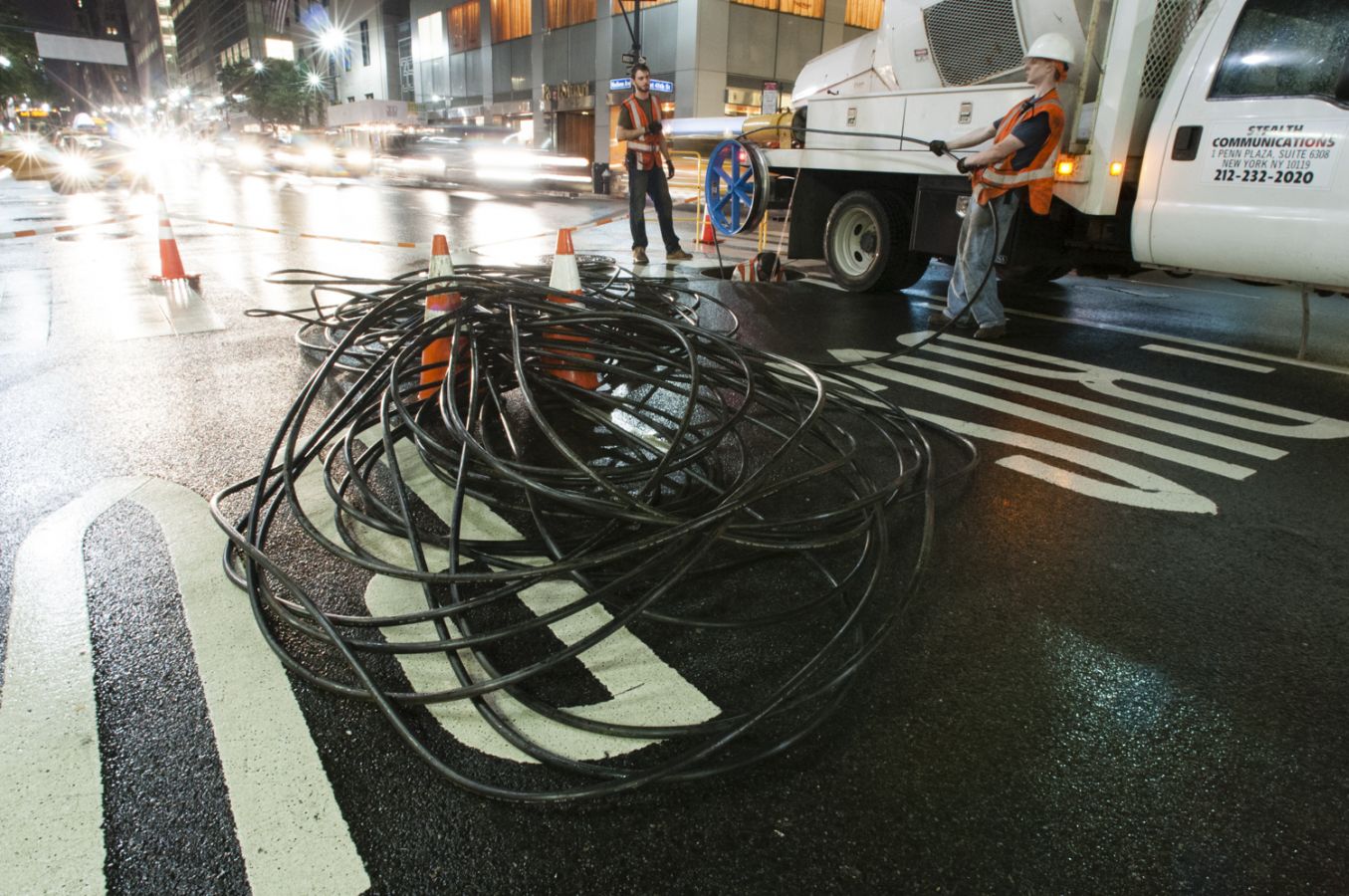 From New York City to Newfield in Upstate New York, local officials in the Empire State have kicked off projects to connect the unconnected to high-speed Internet service.

The biggest of those projects is underway in New York City as Mayor Bill de Blasio recently delivered an early Christmas present for city dwellers who want to see a term-limit set on the digital divide in the Big Apple.

America’s most populous metropolis (est. pop. 8.6 million) is investing $157 million to build publicly owned, open access broadband infrastructure that will lay the groundwork local officials say will enable high-speed wireless Internet access for up to 1.6 million city residents over the next 36 months.

Even as the city is on track to bring free or low-cost Internet service to 40,000 residents living in 18 New York City Housing Authority (NYCHA) developments by the end of the year, this latest initiative aims to expand the city’s existing fiber infrastructure while drawing on minority and women-owned Internet Service Providers to help deliver “fast, reliable, and affordable connectivity options to an additional 70,000 NYCHA residents and 150,000 residents in the surrounding communities by early 2022,” the Mayor’s Office explained in a press release announcing the initiative.

“Broadband isn’t a luxury, it’s a necessity,” de Blasio said. “We are closing the digital divide and bringing our city into the 21st century by reaching communities most in need.”

The roadmap the city is following is known as the NYC Internet Master Plan, first released in January 2020, which we reported on previously here. During the process of creating the Master Plan, city officials found that almost a third (29 percent) of New York City households did not have high-speed Internet service in their home while many even lacked mobile connectivity. That translates into about 3.4 million NYC residents on the wrong side of the digital divide – nearly as many people as the entire population of Los Angeles, the second most populous city in the nation.

The Master Plan highlighted how the city “suffers from disparities in the presence of fiber optic infrastructure” and, while “Lower Manhattan has more options for commercial broadband service than perhaps anywhere else in the country … fiber optic infrastructure is relatively sparse throughout the rest of the city. The most sizable gaps are in areas of Brooklyn and Queens where a lack of accessible conduit or utility poles limits opportunities for new services.”

That’s why, as reported by GCN, which focuses on government IT, in sections of the city where underground conduit is in place (in Manhattan and parts of Brooklyn, Queens and the Bronx) fiber will be deployed underground. In other parts of the city (in eastern parts of the Bronx and Queens, in southern parts of Brooklyn and across Staten Island), aerial fiber will be attached to utility poles.

Universal broadband access across all five boroughs will necessitate an open-access network with multiple operators using an array of technologies, according to the Master Plan. However, to build out a citywide open access network the estimated cost to do so is a staggering $2.1 billion, which is why the plan targets building fiber infrastructure in neighborhoods with “low levels of commercial fiber service and where new construction opens the way for new providers and services.”

The plan does not envision fiber-to-the-home connectivity. Rather, it will be a fiber-fed network that will be “overlaid with a neutral radio access network capable of providing mobile wireless service in every neighborhood.” It will use “shared spectrum to support multiple operators” with a focus on building “mobile wireless infrastructure in low-income areas where New Yorkers are most dependent on mobile service, as well as in areas where commercial broadband deployment is already placing the greatest burden on City assets.”

While the Master Plan is not new, what is new is that nearly half of the winning bidders in response to the city’s Request for Proposals to deliver service are minority and women-owned-businesses. They include: BlocPower; Flume; Honest Networks; NYC Mesh; Silicon Harlem; Sky Packets; The Smart Community; Initiative, Inc.; Starry; T-Mobile; Skywire Networks; and Younity.

Founder & CEO of Younity Chen Konfino added: “We are looking forward to working closely with the Mayor’s Office of the Chief Technology Officer to continue building breakthrough technology to democratize broadband access for those who need it most.”

“We look forward to assisting with the larger phase 2 buildout that will bring lasting open access connectivity and competitive options for many New Yorkers,” said Flume Co-Founder & CEO Prashanth Vijay.

As New York City looks to build a bridge over the digital divide in the most densely populated metro area in the nation, local officials in Upstate New York are making moves to bring high-speed Internet service to nearly 1,000 unserved households in one of the more rural parts of the state.

About 230 miles northwest of New York City is the Southern Tier region of Upstate New York. It encompasses eight counties (Broome, Chenango, Cortland, Delaware, Otsego, Schoharie, Tioga, and Tompkins), all of whom are served by the economic development and planning agency known as the Southern Tier 8 Regional Board.

Earlier this month, the board announced it was applying for a $22 million federal grant to launch “Project Connect” – an effort to bring fiber-to-the-home service to 895 of “New York State’s hardest-to-connect residences.”

According to a press release issued by the Southern Tier 8 Regional Board, “the grant from the National Telecommunications and Information Administration (NTIA) would be used to connect 895 residential addresses in the Towns of Caroline, Coventry, Danby, German, Guilford, McDonough, Newfield, Oxford, and Taylor to high-speed fiber, through close partnerships with Haefele Connect, IWC, and Point Broadband. All of the 895 addresses in the 10 towns are located in rural areas with no access to broadband service.”

At a Nov. 3 press conference announcing the proposed project, Jen Gregory, Executive Director of the Southern Tier 8 Regional Board said:

High-speed broadband is just about the most important piece of infrastructure for the Southern Tier and Central New York Regions to attract the jobs of the future, and enhance quality-of-life and overall opportunity. Through Project Connect, Southern Tier 8 is leading the charge to connect the entire region to fast, affordable, and reliable broadband service. Together with our partners Haefele Connect, IWC, and Point Broadband, I’m proud to say that we are making tremendous progress in connecting our part of the state. But, there’s lots more work to be done, so our sleeves are rolled up and we’re taking action.

Project planners expect to hear from NTIA sometime later this month on whether the grant application was approved. If so, planners expect a portion of the project would be completed within the next three months with the rest of the build finished over the next year.

Southern Tier 8 also plans to announce in the coming weeks news on efforts being made to connect more urban communities as well other rural parts of the region as part of its Project Connect initiative.