Municipal broadband advocates in Ohio realized a major victory today when a bipartisan House and Senate conference committee released the final version of their state budget plan that added $250 million to expand broadband access in the Buckeye State and removed the anonymous budget amendment that would have effectively banned municipal broadband networks if passed into law.

According to The Columbus Dispatch, the two chambers are expected to approve the final budget tonight before sending it to Gov. Mike DeWine to be signed into law ahead of the July 1 deadline.

The vote comes after local officials, community broadband advocates, and angry residents and businesses from across the state spoke out against the last minute municipal network-killing amendment attached to the state budget proposal. State lawmakers were deluged with a flurry of calls, emails, and letters after the budget amendment was revealed two weeks ago without public discussion or debate.

“We had a real grassroots movement here in Fairlawn. We are thrilled our residents, subscribers and businesses came together and helped us defeat this amendment,” Fairlawn Service Director Ernie Staten told us immediately following the news. “We appreciate that the State of Ohio recognizes that municipal broadband has a place in this state and we hope to continue this great endeavor.”

Staten said when FairlawnGig sent out word to the community about the budget amendment, the response from Fairlawn subscribers was fast and furious. “Over 700 emails were sent by our subscribers saying, ‘Don’t take this (municipal broadband) away!’ I think that’s amazing,” he said.

While Staten celebrated the removal of the budget amendment, he called the victory “bittersweet,” as municipalities and electric cooperatives in the state do not have access to the proposed $250 million broadband expansion grant program that will be... 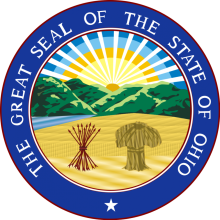 News outlets in Ohio have begun to pick up on something we first reported (here and here, thanks to our local allies), sounding the alarm on an Ohio Senate budget amendment that, if passed, would effectively kill municipal broadband networks and other publicly owned and operated broadband projects in the Buckeye State.

In the days following the unveiling of the budget amendment, the law firm IceMiller released an analysis of the overarching consequences if this language makes it into the final budget, outlining the problems not only for cities, but schools, port authorities, and intergovernmental agreements. The analysis suggests that not only would it discourage future investment, but also require many existing operations to cease altogether, to the detriment of Ohio residents and businesses.

This past Sunday, the Akron Beacon Journal published a story on how the proposed amendment has Summit County officials concerned that it could put the region’s celebrated municipal network FairLawnGig out of business with Fairlawn Mayor William Roth saying the proposed legislation “would set Ohio back decades and make the state less attractive for businesses and economic development.”

The Beacon Journal goes on to report that both Mayor Roth and Summit County Executive Ilene Shapiro are reaching out to state lawmakers and the governor's office asking that the anti-municipal network language be removed from the proposed budget and are encouraging residents to register their opposition to the amendment with their legislators as well.

In conjunction with the Coalition for Local Internet Choice (CLIC), FairLawnGig has issued a press release in response to the budget amendment in which Ernie Staten,...

“Pushed Through in the Dark of Night:” Ohio Senate Aims to Ban Municipal Broadband - Episode 463 of the Community Broadband Bits Podcast

This week on the podcast Christopher is joined by Douglas Adams, the CMO of Think Marketing (the firm which handles the marketing operations for the municipal network FairlawnGig in Ohio), Ernie Staten, Director of Public Service for the city of Fairlawn, and Angela Siefer, Executive Director of the National Digital Inclusion Alliance.

The topic of the day is the amendment attached to the upcoming budget for the state of Ohio which, if included in the final version, would make Ohio the first state in a decade to erect barriers to the establishment, expansion, and continuing operation of publicly owned and operation broadband networks.

Douglas, Ernie, and Angela talk about the wide-ranging consequences of this amendment, which was pushed through without any meaningful public debate, and how it would ban the continued operation of existing municipal networks like those run by the cities of Fairlawn, Dublin, Springboro, Wadsworth, and Hudson. At the same time, it would preclude the establishment of new networks, as well as stymie efforts by counties and other public entities to use existing and build new Internet infrastructure to save local governments money or deploy low-cost options to families stuck on the wrong side of the digital divide.

See our previous coverage here and here. Click here to read a new fact sheet on the benefits that municipal broadband has brought to the state of Ohio, and the widespread impact if the amendment is adopted as-is.

Read our earlier coverage of the amendement here.

Read our new fact sheet [pdf] on all the ways Ohio's community networks have brought value to the state.

This show is 30 minutes long and can be played on this page or via iTunes or the tool of your choice using this feed. You can listen...

The Ohio Senate attached an amendment to the state's budget bill last week which would place significant restrictions on the establishment of new community broadband solutions. It would also, if passed in its current form, place substantial barriers on the operation and expansion of existing municipal networks and other publicly owned and operated projects.

Some cities have specifically addressed the affordability gap in cities, where many residents have been left behind in a broken market where large Internet Service Providers (ISPs) have underbuilt networks, leaving hundreds of thousands of broadband-hungry Ohioans in the digital dust.

This fact sheet [pdf] outlines the many long-term benefits that municipal broadband projects have brought to the state. For instance: