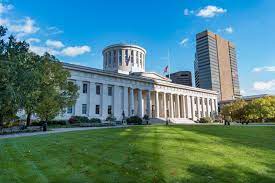 Municipal broadband advocates in Ohio realized a major victory today when a bipartisan House and Senate conference committee released the final version of their state budget plan that added $250 million to expand broadband access in the Buckeye State and removed the anonymous budget amendment that would have effectively banned municipal broadband networks if passed into law.

According to The Columbus Dispatch, the two chambers are expected to approve the final budget tonight before sending it to Gov. Mike DeWine to be signed into law ahead of the July 1 deadline.

The vote comes after local officials, community broadband advocates, and angry residents and businesses from across the state spoke out against the last minute municipal network-killing amendment attached to the state budget proposal. State lawmakers were deluged with a flurry of calls, emails, and letters after the budget amendment was revealed two weeks ago without public discussion or debate.

“We had a real grassroots movement here in Fairlawn. We are thrilled our residents, subscribers and businesses came together and helped us defeat this amendment,” Fairlawn Service Director Ernie Staten told us immediately following the news. “We appreciate that the State of Ohio recognizes that municipal broadband has a place in this state and we hope to continue this great endeavor.”

Staten said when FairlawnGig sent out word to the community about the budget amendment, the response from Fairlawn subscribers was fast and furious. “Over 700 emails were sent by our subscribers saying, ‘Don’t take this (municipal broadband) away!’ I think that’s amazing,” he said.

While Staten celebrated the removal of the budget amendment, he called the victory “bittersweet,” as municipalities and electric cooperatives in the state do not have access to the proposed $250 million broadband expansion grant program that will be established when, and if, Gov. Dewine signs the budget into law.

The Ohio House version of the budget initially allocated $190 million for expanded broadband deployment. The Senate version stripped that money out of the budget. Today, the bipartisan conference committee who had been working to reconcile the two budget proposals, agreed to not only put the broadband funds back into the budget, but to add another $60 million, bringing the total allocation to $250 million, which is precisely what Gov. Dewine had initially requested.

Staten said he hadn’t yet had the chance to read the conference committee report or dig into the legal details of the revised budget. However, his understanding is that only private ISPs are eligible to apply for those funds, as HB 110 - which would create the new grant program - was initially written to exclude municipalities and electric cooperatives from being eligible.

“We have been asking for a small definition change to add municipalities and electric coops, but unless they changed the language, I believe the House version stands. So it’s bittersweet, although being able to continue is much more important. And, with federal stimulus money coming, it will spur communities to do more and more,” Staten said.