$14 million worth of CARES-funded broadband projects in the state of New Hampshire are moving along smoothly, according to New Hampshire Public Radio. Grant winners in Bristol, which is building 24 miles of fiber to 400 residences, and the New Hampshire Electric Cooperative, which is using $6.7 million to connect 900 homes in Clarksville, Colebrook, Lempster, and Stewartstown. The deadline is December 15.

Major Change on the Horizon? Explaining the Affordable, Accessible Internet for All Act - Part 1 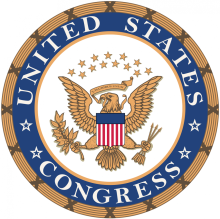 As House GOP leaders ask the Government Accountability Office to audit the U.S. Department of Agriculture (USDA) ReConnect program because of concerns federal funds are being used to “overbuild,” Democratic leaders in the House and Senate have filed legislation that aims to build broadband infrastructure on a national-scale.

The Accessible, Affordable Internet for All Act is a bill that harkens back to when the federal government – through FDR’s Rural Electrification Administration, established in 1935, and the Rural Electrification Act, passed by Congress in 1936 – invested in local cooperatives and brought electricity to the abundance of Americans still living in candle-lit homes without electrically-powered refrigerators.

The proposed legislation may well frame the Democratic agenda on broadband moving forward, as the Biden administration enters the White House in January. It’s a bold bill that has garnered the support of a who’s-who of broadband experts and advocacy organizations from Public Knowledge, the National Consumer Law Center and New America Foundation’s Open Technology Institute to the Benton Institute for Broadband and Society, the Electronic Frontier Foundation, and the National Digital Inclusion Alliance.

There’s a lot to unpack in this bill, which is why we are publishing a series of posts exploring the major sections contained in the proposed legislation. This first installment is the 30,000-foot view. Forthcoming posts will examine the legislative details where the devil – or the better angels – can be found. Broadly, the Accessible, Affordable Internet for All Act calls for a $100 billion investment to build high-speed broadband infrastructure that targets unserved and underserved parts of the country. It aims to ensure that every household has affordable and reliable access to online education, telemedicine, remote work, and other business opportunities in which Internet connectivity can no longer be considered a mere luxury, but a necessity.

In the U.S. House of Representatives, the legislation, which...

The state of Kansas continues to build momentum with the announcement of a new, ten-year broadband grant program designed to drive network expansion in unserved and economically depressed areas. It will go towards connecting tens of thousands of residents in the state who currently have no or few options for Internet access, while bringing commercial development and connecting farms desperately in need.

Currently, 3.5% of the state’s population, totaling almost 100,000 people, have no Internet access options at all. Students sent home at the beginning of the Covid-19 pandemic have struggled all summer and fall to get online to do coursework. Both urban and rural areas have continued to face significant challenges over the last decade, and the problem has only increased in recent months. It’s also an issue that has had ramifications for employers like Citizens State Bank in Cottonwood Falls, which has considered cutting local positions and shifting them to places with better Internet access options.

The new Broadband Acceleration Grant Program (BAGP) [pdf] offers lots of provisions for positive progress. It prioritizes low-income, economically distressed areas, as well as those without access to speeds of at least 25/3 Mbps (Megabits per second). This likely means much of the money will end up in the southeastern and southwestern parts of the state (see map). The grant also urges applicants to engage local stakeholders in their communities and build relationships with community anchor institutions, businesses, and nonprofits so as to maximize impact. Each project is eligible for awards of up to $1 million for each project, requiring a 50% match, and helpfully, the program remains open...

The city of Greensboro, North Carolina has been named a Smart Gigabit Community by US Ignite and awarded a grant from Charlotte-based Segra to expand broadband and increase connectivity options in the city.

The New Mexico ISP is partnering with Sierra Electric Cooperative in the wake of getting a $6.1 million grant to deploy 271 miles of new fiber to connect more than 1,600 people in Siera County. 75% of residents there currently lack access to high-speed wireline broadband. 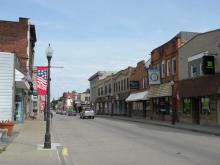 We’ve written a lot over the last half year about communities around the country that have built fixed wireless networks to bridge the digital divide. Most recently, we’ve seen approaches which look to tackle particular inequalities that fast, affordable Internet access can help to alleviate: in Providence, Rhode Island, for instance, nonprofit One Neighborhood Builders built a network to tackle health disparities among Olneyville residents.

Today we’re covering a project in Pittsburgh that confronts another aspect of the digital divide laid bare by the pandemic: communities where connectivity options exist and low-income programs like Comcast’s Internet Essentials are available, but the minimum speeds offered are insufficient for households where multiple users need to work and attend school simultaneously. In a world where upload speed remains just as important as download speed, asymmetrical 25/3Mbps (Megabits per second) connections don’t cut it anymore. This is the problem that Every1online — a joint project by nonprofit Meta Mesh, Carnegie Mellon University, the University of Pittsburgh, two school districts, another nonprofit, and an array of local stakeholders — is looking to solve to get more than 450 families with students connected. They’ve built a fixed wireless system offering free connectivity to families across the Homewood neighborhood in Pittsburgh as well as nearby New Kensington and Coraopolis via 50/25 Mbps connections in a pilot program that will run for the next year. It’s a move that acknowledges that providing low-cost Internet access pegged at the lowest possible bandwidth tier disproportionately impacts vulnerable communities already living under the weight of a host of structural disadvantages.

Much of the greater Pittsburgh area has access to one or more wireline providers. But the city also suffers from a wealth gap for a large chunk of the population, centered on families of color (the Homewood neighborhood in particular). While low-income options exist, they aren’t fast enough for entire households which have been forced to... 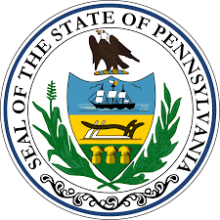 A pair of broadband bills in Pennsylvania (one of which has been signed into law by the governor, and the other having passed one chamber) represent a collective step forward for broadband by updating regulations and establishing a broadband grant program so as to promote network expansion in rural and unserved parts of the state of Pennsylvania.

The first is House Bill 2438 [pdf], which allows electric cooperatives to use existing easements for an affiliate to deliver broadband service without re-negotiating with property owners. The bill also allows cable companies to use cooperative-owned poles with permission and in accordance with existing rates and regulations. It’s designed to make it faster, cheaper, and easier to bring Internet access to rural parts of the state.

Every county in our region is looking at bringing high-dollar earners to our region. Employers are finding people can be just as effective working in Johnstown as they would be in Washington, D.C., or Pittsburgh. But they need to connect, and that's where broadband comes into play.

Chad Carrick, President and CEO of REA Energy Cooperative, likewise welcomed the legislation while emphasizing the role electric co-ops will play in the state:

It may be hard for some to believe, but there is a good 40% of Indiana and Cambria counties that either don't have broadband Internet access or it's not up to snuff, according to our surveys to our membership.

2438 passed the state House in June, the Senate at the end of October, and was signed into law by the governor at the end of last month.

Community Broadband in the Age of Covid-19 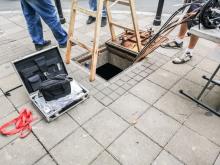 This piece was written by Christopher Mitchell and Ry Marcattilio-McCracken

The second round of Techdirt’s Greenhouse Policy forum lands on the topic of broadband in the age of Covid and brings together a collection of voices speaking to facets of an important conversation. “The triple whammy of limited competition, regulatory capture, and Congressional corruption,” Karl Bode writes in introduction, “has resulted in the U.S. being utterly mediocre (or worse) in nearly every major broadband metric that matters.” Deb Socia and Geoff Millener have contributed to talk about online education, Harold Feld writes about radio spectrum, Terique Boyce talks about New York City’s Master Plan, and Jonathan Schwantes writes about treating broadband like a public utility. We likewise contributed an essay on community broadband and the steps local governments have taken to get citizens connected.

We encourage you to read it over at Techdirt, but will repost it below.

When it comes to the goal of ensuring all Americans have affordable and reliable Internet access, we are pretty much stalled. Sure, the FCC will make noise every year about our quest to bridge the digital divide, but it has focused solely on for-profit private solutions. And while there are many hundreds of good local companies making important local investments, the FCC has tended to throw the most money at the few extremely big ones (the same big ones that are on the other side of the revolving door at the FCC for most employees, whether staff or political appointees.)

In response to the pandemic, companies like Charter and AT&T have been on their best behavior and done their best to extend connections more widely than they did in normal times. It...

DVFiber Gets Grant for Broadband Work in Three Vermont Towns

DVFiber, the nonprofit arm of the Deerfield Communications Union District (CUD), has received a $100,000 grant from the Vermont Public Service Department to conduct pole studies in the towns of Stamford, Halifax, and Whitingham. The grant, as well as an additional $8,000 grant to cover legal and administrative fees, will further propel the CUD down the path to a community-owned fiber network. 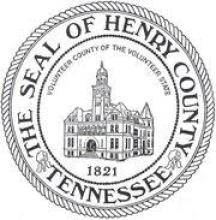 More than a year and a half of planning and negotiation will culminate in fiber infrastructure laid to every household in one Tennessee county over the next few years. West Kentucky & Tennessee Telecommunications Cooperative (WK&T), using its own funds along with money from the Henry County Commission and the state of Tennessee, will extend its existing network to cover the entire county and give residents access to its broadband network and services.

The recent news serves to expand a partnership that was originally announced in the spring of 2019. At that time, WK&T (founded 1951) pledged $2 million in investment and was awarded $2 million in matching funds from the second round of the state’s Broadband Accessibility Grant Program to reach 912 unserved homes in Henry County.

Local officials have decided to aim higher, however, with the county commission joining the effort to commit $3 million of its own funds to reach as many as 1,400 homes in what County Mayor Brent Greer explained in an interview is the first phase of a countywide build that will take shape over the next 24-26 months. The cost of the first phase will be approximately $8 million, with $3 million coming from the county commission, $3 million from WK&T, and $2 million from the state. By the time it’s through, though,  the project will total $20 million and bring WK&T infrastructure to every home, business, and farm.

Henry County sits in the northwest part of the state and has a population of 32,000 spread across a little over 13,000 households, with the city of Paris holding about a third of the population. The county is predominantly white, with average household incomes below $41,000/year. As part of the terms of this first phase, 325 homes low-income will receive free access for three months...