Up until this point, CFU FiberNet has offered rural residents in the utilities service area without a fiber connection a fixed wireless option called WaveNet Wireless with two speed options: 9/1 Megabits per second (Mbps) for $56/month and 18/2 Mbps for $75/month. We do not know if WaveNet Wireless will continue after the expansion into these rural areas is complete. 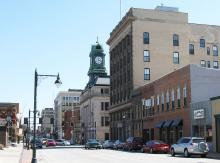 Two years after a referendum where an overwhelming majority of residents voted to establish a locally owned and operated telecommunications utility, Fort Dodge, Iowa (pop. 25,000) continues to plow forward with its plans for a municipal fiber-to-the-home network. Financing has been secured, with plans to issue a Request for Proposals next spring and break ground on the new network by the summer of 2022.

Broadband at the Ballot Box 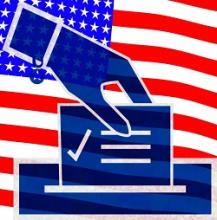 Broadband was on the ballot as voters went to the polls for Election Day in many areas. Here’s a quick run-down of what happened.

The Colorado state law (SB-152) that bans local governments in the Centennial State from establishing municipal broadband service suffered another defeat at the ballot box. Since the law was passed nearly two decades ago, more than 150 Colorado communities have opted out. That number continues to grow and we can now add the town of Windsor to the list of municipalities in the state who have voted to restore local Internet choice.

The U.S. Department of Treasury broke new ground in federal broadband policy when the agency released guidelines governing the $10 billion Coronavirus Capital Projects Fund. The Treasury's guidance directs applicants to incorporate plans in their project proposals to address long-overlooked barriers to broadband adoption, and gives state and local governments increased flexibility to decide how to spend the relief funds. 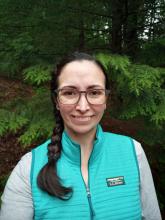 We are excited to welcome Christine Parker, PhD to the Community Broadband Networks initiative at the Institute for Local Self-Reliance, where she will serve as a GIS and Data Visualization Specialist. She brings a wealth of experience in data analytics and data visualization to the team, and we look forward to putting her talents to work in our regular writing, analyses, and reports.

Christine spent 15 years working on projects to support efforts from nonprofit entities focused on bird and habitat conservation. She is interested in creating and sharing maps and images that illustrate complex information in a way that is accessible and impactful. Christine earned her PhD in Natural Resources and Environmental Sciences from the University of Illinois at Urbana-Champaign.

Join Us Live on Thursday, November 4th to Talk About Northern New England - Episode 24 of Connect This!

Join us live on Thursday, November 4th at 5pm ET for Episode 24 of the Connect This! Show, where co-hosts Christopher and Travis Carter (USI Fiber) will be joined by Peggy Schaffer (Executive Director, ConnectMaine) and Carole Monroe (CEO of ValleyNet) to catch up on what's been happening in northern New England. They'll talk state and local developments, share their thoughts on the likely impact of the imminent broadband infrastructure money, and talk about the recent nominations by the Biden administration to the FCC.

Subscribe to the show using this feed, or visit ConnectThisShow.com

Email us broadband@muninetworks.org with feedback, ideas for the show, or your pictures of weird wireless infrastructure to stump Travis.

On this week’s episode of the Community Broadband Bits Podcast, host Christopher Mitchell is joined by Danny Peralta, the Executive Managing Director of The Point in the Bronx, New York which has. The Point has been at the forefront of revitalizing the South Bronx’s Hunts Point neighborhood working to address  environmental issues, increase access to the arts, and even expand Internet connectivity.

Building a Fiber UTOPIA in Bozeman

UTOPIA Fiber continues to grow and is now exporting its expertise into Bozeman, Montana – one of the fastest-growing cities of its size and often listed among the best places to live in the country.

Referred to by some as “Boz Angeles” because of the influx of Californians to the area, this Rocky Mountain city of 53,000, nestled in Gallatin Valley, is about to become even more attractive as a rising tech hub for millennials. At the Broadband Communities 2021 Summit last month, it was announced that Bozeman Fiber, a non-profit organization created by the city to expand high-speed Internet connectivity across the region, has partnered with Utah-based UTOPIA Fiber to build an open access fiber-to-the-home (FTTH) network. 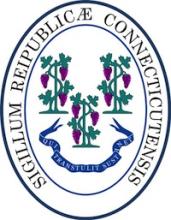 Across New England, local-controlled, publicly-owned Internet infrastructure is on the rise -- from Bar Harbor, Maine to the Berkshires of Massachusetts. In Connecticut, however, it’s a different story. The Constitution State is a municipal broadband desert.

That may be changing, however, as Bristol (pop. 60,000) inches closer to becoming the first city in Connecticut to transform itself into a fountain of community-owned connectivity as city officials consider whether to use its federal American Rescue Plans Act (ARPA) funds to build a citywide open access fiber network. With $28 million in ARPA funds at its disposal, city officials have been in a months-long process of deciding how much, if any, of that money should be spent building fiber optic infrastructure.

A municipal utility currently offering fiber Internet access to the residents of Hopkinsville, Hopkinsville Electric System (HES) is joining forces with Pennyrile Electric Cooperative to extend fiber-to-the-home Internet service to as many homes as possible in Pennyrile Electric’s service territory in southwestern Kentucky, starting with Christian, Trigg, and Todd Counties.

A rural west Kentucky county and cooperative recently announced that they are joining forces to expand the co-op's existing fiber network to reach every unserved and underserved location in the county. Calloway County and WK&T Telecommunications Cooperative are each committing a $6.2 million matching contribution for the first phase of the expansion project, which will see the co-op’s fiber-to-the-home network in the region extended 236 miles to serve an additional 4,274 homes and businesses.

A month ago, President Biden visited the city of Golden, Colorado to tout his Build Back Better Agenda, which includes a bipartisan infrastructure package that invests $65 billion to expand access to high-speed Internet connectivity. But years before that, city officials had already been preparing for the possibility of building a municipal fiber-to-the-home (FTTH) network.

Throughout the pandemic, the Insure the Uninsured Project (ITUP), a California-based nonprofit health policy institute, heard from community health care organizations across the state about a persistent problem: the digital divide was, and is, a major barrier to accessing telehealth services.

To help tackle that challenge, ITUP, in collaboration with Connect Humanity and the Institute for Local Self Reliance (ILSR) Community Broadband Networks Initiative, is offering concerned Californians nuggets of wisdom on how to bridge that divide during a virtual policy forum next month. Earlier this month, a plan to bring fiber connectivity to four towns in Knox County, Maine (pop. 39,500) spearheaded by the MidCoast Internet Development Corporation (MIDC) was dealt a major blow when Knox County Commissioners denied MIDC’s request to use the county's American Rescue Plan funds to pay for network construction.

During a Knox County Commission meeting on Tuesday, October 12, after County Commissioners repeatedly barred local municipal leaders from commenting on broadband-related issues, they voted unanimously against awarding any of the county’s $7.7 million in American Rescue Plan (ARPA) funds to municipal broadband projects or any project benefiting an individual municipality.