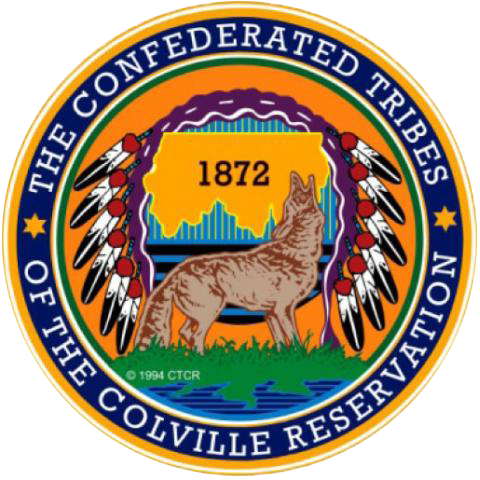 Last year, the Confederated Tribes of the Colville Reservation in Washington State were one of 327 Native Nations to receive wireless spectrum as part of the FCC’s Rural Tribal Window program. Since then, tribal leaders have put that spectrum to use by offering free wireless services that have proven to be a lifesaver during the Covid-19 crisis.

The Colville tribes say the spectrum allowed them to bring connectivity to 80 percent of the reservation in two phases. The already-completed Phase One brought access to the communities near Keller, Washington, while Phase Two will bring access to the remaining communities by 2026.

“COVID was a shock to everyone, and it became obvious as time went on that there were a lot of kids who had no access to the Internet or devices to connect with,”  Andrew Joseph Jr., Chairman of the Colville Tribal Council, told ILSR. “With school going to virtual learning, and the importance of the Internet generally in this day and age, it was necessary to ensure that something be done to make the Internet accessible.”

In addition to the wireless network plan, the tribes are also stringing fiber along Highway 155 between Nespelem and Omak, Washington. Cumulatively, the projects hope to finally bring access to long-neglected areas, many of which aren’t particularly remote yet have been historically neglected by regional monopolies.

“There are temporary networks in all four districts now,” Joseph said of the project’s progress. “There is not a hard count of all connections. The Tribes have grant applications pending to help fund the next step in the project plan, which includes the need to bring Internet access to more and remote areas, as well as laying down the building blocks for additional opportunities in the future.”

Like many Native Nations, the Colville tribes are frustrated by the federal government’s long-standing tradition of throwing billions of dollars at regional monopolies that then fail to deploy the networks they promise. Funds that could, instead, easily be used for highly-customized local solutions tailored to the specific needs of local tribal communities.

“Right now there is no accountability with many ISPs,” Joseph said. “Many of these companies receive federal funds, tie them up for 5 to 6 years, and then do not complete the projects. However, they are not held accountable and are able to then get additional funding from other programs, and continue tying up these funds without ever building out.”

FCC data indicates that 72 percent of tribal residents have access to the FCC’s base definition of broadband: 25 megabits per second (Mbps) down, and 3 Mbps up, though the General Accounting Office has found that the FCC’s tribal access estimates are dramatically overstated. Meanwhile, faster, current-generation speeds are virtually unheard of in most tribal regions.

Like many underserved communities, Colville tribal leaders are looking forward to the opportunities created by the massive looming $42 billion broadband infrastructure bill, $2 billion of which will be dedicated to expanding Internet access across tribal lands.

It’s a good start, but even this historic investment falls well short of the estimated $8 to $10 billion tribal leaders say will actually be needed to fix the problem. And unless federal leaders get a grip on subsidies wasted on regional apathetic monopolies, it’s a problem they wager could take many more years to address.

“The government should give tribes priority over federal funds for Internet access in Indian country or on Indian lands, instead of giving those funds to third parties who are less interested,” Joseph said. “The third party ISPs are supposed to be working with Tribes whose lands are impacted, but this is rarely the case and when they refuse to work with the tribes they are also not held accountable,” he added.

There are about 40 Tribally owned and operated networks around the country, with a handful of others already operating in the state of Washington. We expect to see many more coalesce over the next couple of years, given the appetite for better connectivity exemplified by the number of Tribes who applied for licenses through the Rural Tribal Priority Window.