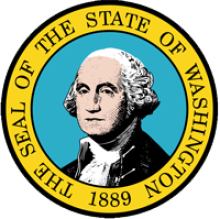 Two Washington state bills in separate committees would allow public utility districts (PUDs) to offer retail communications services. HB 1938 and SB 5139 are the kind of legislation that would allow local communities to improve connectivity. Now, PUDs are restricted to the wholesale-only model, but businesses and residents in rural areas question the wisdom of the restriction.

Unfortunately, big incumbent providers have sent their lobbyists to fight against the two bills and the efforts to pass them are having a difficult time competing. A few representatives from local public utility districts testified in the House committee hearing, but the telecom industry sent out its army in full force.

In order for this bill to go anywhere this session, it needs to be passed by the House Technology & Economic Development Committee and the Senate Energy, Environment & Telecommunications Committee this week. While the bill has had some attention in the House Committee, it has yet to be voted on. It isn’t on the Senate Committee’s agenda, so it doesn’t look likely to move in that body.

Nevertheless, this is an opportunity for Washington constituents to call their state elected officials and let them know that, even if this bill doesn’t go anywhere this session, this is the type of legislative change they want for better connectivity.

You can contact House Committee and Senate Committee members and also touch base with your own Representatives and Senators and express your desires to see more legislation like this. Even if the bill doesn’t go anywhere this session, lay the groundwork for future change.

Video from the brief discussion of the bill in the House Committee: