June will be an exciting month for people living in Brownton, Buffalo Lake, Fairfax, and Stewart in Minnesota. RS Fiber Cooperative will begin construction so those premises can connect to the Fiber-to-the-Home (FTTH) network now serving six other communities in the central Minnesota region. This stage of the buildout should bring another 500 subscribers on to the network by the end of the year; the network already serves 1,100 premises.

Bringing The Last Towns Into The Fold

According to general manager Toby Brummer:

“As construction of the network continues, we expect our customer numbers to continue to grow. Once we have the final four towns connected to the network, construction can begin on Phase Two of the project which will involve bringing gigabit fiber service to the township members of the RS Fiber Cooperative.”

Customers who take FTTH service now can sign up for voice, video, and Internet access up to 1 Gigabit per second (1,000 Mbps). Addresses that are outside the fiber connection service area have been able to obtain service from the cooperative via its fixed wireless RS Air service.

A Story Of Peaks And Valleys On The Prairie

The RS Fiber Cooperative story began in Sibley and Renville Counties as a regional municipal effort but when Sibley County pulled out, the project had to restructure their plan and design a new strategy. Rather than leave the rural farms behind, the participants decided to form a broadband cooperative to serve as many premises as possible.

Local farms - some of which had no Internet access at all - needed high-quality Internet access in order to operate in the modern agricultural economy. National providers had decided that the area was too sparsely populated to justify investment, so the locals decided they needed to act.

The project has had its challenges, but has overcome each one and in the process won numerous awards. This past May, the RS Fiber Cooperative received the “Cornerstone Award” from Broadband Communities...

The League of Minnesota Cities has honored ten communities in the south central part of the state for their role in assisting to launch the RS Fiber Cooperative.

At its annual state conference on June 16th, the League awarded its “City of Excellence Award” in the 5,000 to 19,999-population category to the cities of Brownton, Buffalo Lake, Fairfax, Gaylord, Gibbon, Green Isle, Lafayette, New Auburn, Stewart, and Winthrop.

The cities developed grassroots support for the project by hosting more than 150 meetings and by personally contacting hundreds of residents, local businesses, and government officials. Over the next five years, thousands of households and rural farm sites and hundreds of businesses and community organizations will be able to receive high-speed internet service access that greatly exceeds previous services provided by national telecommunications firms.

Communities need reliable broadband access to attract and retain new businesses and residents. The success of the “RS Fiber Cooperative Project” confirms the value of small communities working together with private interests to make a positive difference in lives of constituents.”

Mark Erickson, former Winthrop city manager who was instrumental in developing RS Fiber, told us he was excited about the award.

"It was a cool award to get; an important recognition for our little towns," said Erickson, currently Winthrop economic development director. "I'm just proud of the mayor and councils in the ten communities for having the vision and patience to make the RS Fiber project happen. When communities take steps to insure better futures for their residents, good things can happen."

Officials for the RS Fiber Cooperative, named after Renville... 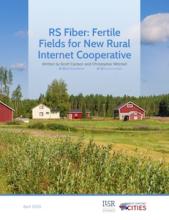 A new trend is emerging in rural communities throughout the United States: Fiber-to-the-Farm. Tired of waiting for high-quality Internet access from big companies, farmers are building it themselves.

Communities in and around Minnesota’s rural Sibley County are going from worst to best after building a wireless and fiber-optic cooperative. While federal programs throw billions of dollars to deliver last year’s Internet speeds, local programs are building the network of the future.

In “RS Fiber: Fertile Fields for New Rural Internet Cooperative,” the Institute for Local Self-Reliance (ILSR) and Next Century Cities documents a groundbreaking new model that’s sprung up in South Central Minnesota that can be replicated all over the nation, in the thousands of cities and counties that have been refused service by big cable and telecom corporations.

Tired of Waiting: Farmers Build Their Own Fiber-Optic Co-op

In the report you’ll meet:

From the technologies to the financing, rural communities can solve their problems with local investments.

“This cooperative model could bring high quality Internet access to every farm in the country,” says Christopher... 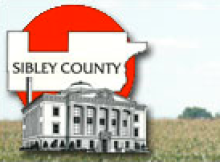 Last night, I drove down to Winthrop (Sibley County) and then Fairfax (Renville County) to get a better sense of their discussions around next-generation broadband networks (originally covered here).

Throughout this week, they are having public meetings to discuss the potential project though the feasibility study is not yet completed. Doug Dawson of CCG Consulting, author of the feasibility study, is in town talking with folks about potential approaches. However, he made it clear that there is no guarantee they will find a business plan that can work to cover all of Sibley County and the area around Fairfax. Stay current on their project from the Sibley & Renville County Fiber site.

Winthrop's City Administrator, Mark Erickson, is committed to serving the farms though. There is little doubt that the project could succeed financially by serving only the towns, which harbor some 80% of the population. But Erickson recognizes that the towns depend on the farmers and that everyone will benefit more from the network if it is universally available.

Many of the people in towns already have access to some basic broadband - either a slow DSL (in some cases so slow even the old super slow FCC broadband definition does not cover it) or a last-generation cable network from Mediacom. The cable television comes out of Dubuque though, so it isn't exactly local.

The project was originally conceived to cover Sibley County. However, a high school in nearby Fairfax has decided to use iPads [pdf] to revamp its curriculum and it would be a travesty to have such great broadband available across the county border when so many students at GFW have iPads but little access to true broadband.

Most of the area schools have continued to do what they can with basic T.1 lines - too little broadband (at too high a cost!) to really use any modern educational applications. And the mandated state-wide testing is a nightmare across these connections. The new network will bring proper broadband connections at affordable rates.