Pulaski, Tennessee: "A Community Investing In Itself" With Better Connectivity

Pulaski, located in the area Tennesseans describe as the southern middle region of the state, has a fiber network other communities covet. When we contacted Wes Kelley, one of the people instrumental in establishing the network, he told us that the community always wanted to be more than "just Mayberry." Rather than settle for the sleepy, quaint, character of the fictional TV town, local leaders in Pulaski chose to invest in fiber infrastructure for businesses and residents.

A Legacy That Lives On

The county seat of Giles County, Pulaski has a long history of municipal utility service. The electric system was founded in 1891, and is the oldest in the state. The city also provides municipal water, sewer, and natural gas service. The electric utility, Pulaski Electric System (PES), serves most of Giles County, which amounts to approximately 15,000 customers. PES receives power from the Tennessee Valley Authority (TVA) and then distributes it throughout the county.

Pulaski is now known for its Fiber-to-the-Home (FTTH) network, PES Energize, but the city's first adventure in providing municipal Internet access began in 1993. The city developed dial-up service and within five years, 1,500 homes were using the service. The city abandoned the dial-up service to offer Wi-Fi but then sold that system to a private company.

Leaders in Pulaski had their sights on connectivity beyond the limits of Wi-Fi. In 2002, Mayor Dan Speer and Dan Holcomb, the New CEO of PES, began exploring a publicly owned fiber network. Holcomb had previously lead a Michigan utility that offered cable TV and so used his experience to help establish the PES Energize network. AT&T (BellSouth at the time) provided DSL service and Charter offered cable Internet access but neither company performed to the satisfaction of the community. In fact, Pulaski had always suffered through poor quality service from its incumbents.

When Holcomb arrived, the community engaged a consultant for a feasibility study to examine in detail the idea of a publicly owned fiber network; Holcomb, Speer, and the rest of the city's leadership were not confident about the results. Before the community moved forward, Holcomb felt it was important they carry out a customer survey and a second feasibility study. In the spring of 2003, the organization undertook a survey and used the results to ready the utility to step into its approaching role as a municipal network utility. 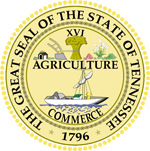 Ready For The Next Step

Two years later, city and utility leadership felt that they were ready and completed a second feasibility study. This time, the results suggested a better outcome if Pulaski decided to invest in a publicly owned fiber network. In the spring of 2005, Pulaski developed a business plan that was approved in March by Tennessee's State Comptroller, as required by state law. In May, the city council voted to issue $8.5 million in General Obligation (GO) bonds to finance FTTH deployment and a data center.

Kelley had worked on a similar project in Hillsdale, Michigan, and even though Holcomb had asked him to work on the Pulaski project, Kelley was reluctant. Hillsdale had not pursued a network and Kelley did not want another disappointment. Once Pulaski's utility board and city council backed the plan, he knew the project had the support to move forward. Kelley accepted a position as Chief Marketing Officer for the utility. (Kelley talks more about his experience in Pulaski, Hillsdale, and his current role in Columbia, Tennessee, in episode 189 of the Community Broadband Bits podcast. Check it out to learn more.)

GO bonds are not one of the three most used types of financing for municipal networks but Kelley explained why they worked well for Pulaski. When a community chooses to fund any project with GO bonds, investors have an added measure of safety because the project and the loan are backed by the full faith and credit of the community. In other words, the issuing jurisdiction can use its taxing authority to pay back the debt, if necessary. As a result, the municipality, county, or other government entity issuing the bonds obtain very low interest rates. GO bonds require that the project developed be owned by the community and funds are typically used for projects that will be used by the entire community.

Construction started in 2006, with fiber following the path of the existing power lines - when the lines were aerial, the fiber was installed on poles and when lines went underground, the new network followed suit. PES took the same approach with street lines and drops to homes. Line construction was completed in September 2006; the utility finished its Network Operations Center in November, and began testing right away.

PES Energize began offering residential triple-play of cable TV, phone, and high-speed Internet services in January 2007 but its formal launch was not until the spring of 2007. When the network launched, it offered services at download speeds of 5 Megabits per second (Mbps), 10 Mbps, and 20 Mbps. Since then, speeds have increased. High-speed Internet access, video, and telephone are available in a variety of bundles or subscribers can purchase stand-alone Internet access for $35.95 (25 Mbps download / 5 Mbps upload), $75.95 (50 Mbps download / 7 Mbps upload), or $100.00 (100 Mbps download / 10 Mbps upload) per month.

By the time Wes Kelley left for his new position as Executive Director of Columbia Power and Water in 2012, PES Energize had achieved a 45 percent take rate. According to Mike Hollis, in charge of sales for PES Energize, the utility expands the network incrementally every year. By the end of January 2016, the network passed 5,609 homes and businesses. The utility's take rate is just under 49 percent in total with 2,729 of those properties passed subscribing to PES Energize.

According to Hollis, customers in rural areas are speeding up the expansions by footing the bill themselves. In PES' electric service area beyond the current network footprint, residents and business owners have approached the utility to ask for an estimate on the cost of expansion to their neighborhood. PES provides a figure for materials and pole attachment costs. Increasingly, these small pockets of rural neighborhoods, with nothing but dial-up or satellite, will chip in to pay for the construction. The neighborhood group cuts a check and the utility expands the network to that area.

Hollis noted that a local realtor is organizing the most recent example of a would-be subscriber funded expansion. He can't sell houses in his neighborhood where there is no high quality Internet access; homebuyers don't want houses with dial-up or satellite. He and his neighbors see the move as a necessary investment so he is leading the effort to obtain contributions from people in the neighborhood to pay for the fiber expansion.

When PES launched, it also offered dark fiber leasing for organizations that wished to manage their own data needs. Most businesses in Pulaski purchase lit services and/or use the utility's data center. The facility housed a colocation facility, hosting services, and offsite data storage and was designed to withstand an F5 tornado.

In 2011, Speers, who had transitioned from Mayor to Executive Director of the Pualski-Giles County Economic Development Council, discussed how the network had improved functionality for local businesses in an interview with Craig Settles. Whether a local printer sending artwork to Los Angeles or a graphic artist sending catalogue material to Canada, Pulaski businesses heaved a sigh of relief when they tapped into PES Energize. Businesses today overwhelmingly choose PES Energize - 82 percent of those passed subscribe.

"The golden rule of economic development is, take care of what you got. Take care of your existing industry first. There’s no question they will use it. If you’re lucky enough to get an industry to come in because they need the broadband, then that’s gravy.

During this current economic downturn, we’ve focused a lot of attention on our existing retail base and entrepreneur development. We’re teaching businesses how to maximize their use of the network so they can broaden their customer base nationally through the Internet. Our philosophy is to tie in the use of technology to help the businesses we have."

Looking At The Long Term

Pulaski has not experienced significant population growth since investing in PES Energize, but it has managed to avoid decline, a problem gripping similarly sized communities in the region. Tullahoma is a little over an hour away, Columbia is less than 45 minutes north; both communities offer potential employers municipal fiber connectivity. Pulaski made the investment first and can still compete for economic development opportunities in a peaceful setting.

When new businesses look for a location to open a facility where high-speed connectivity is a must, and search for a "Mayberry" to attract a quality workforce, Pulaski is on the short list because of its municipal fiber network.

Wes Kelley recognizes the long-term value of Pulaski's decision to create Internet network infrastructure. When we spoke with him for this article he reinforced what local officials and their constituents all over tell us - that the people of Pulaski knew the best course for themselves:

"It's a community investing in itself. Pulaski spent $8.5 million. They could have spent $8.5 million building a new rec center and a new pool but they didn't. They decided to put it in the air and in the ground to provide telecommunications infrastructure for the next 40 years. I think that's a powerful decision but it is a local decision…local control is critically important."