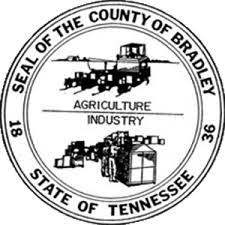 Just this past week, we reported on the plight of Bradley County in Tennessee. Cut off from connectivity, families and businesses are considering leaving to nearby Hamilton County which has Chattanooga’s high-speed fiber network.

As reported in the Chattanoogan, the only naysayer to the resolution was the vice-chairman. He agreed that Charter and AT&T had failed to provide adequate Internet access to the county, but he expressed opposition to municipal networks. Although disagreeing with the resolution, he underscored how local control had disappeared with the current state law:

He said local governments at one time had leverage over providers when they had to come to them periodically for charters, but he said that control went away with the passage of the current law that he said was heavily lobbied.

The commissioners, however, felt that this vote was the only way forward. Some described how dependent their homes and businesses have become on Internet access, and others reiterated that the community suffered die to the lack of competition.

An Engaged Public Speaks Out

According to the Cleveland Daily Banner, the meeting attracted enough residents to pack the room. The people of Bradley County see the importance of better access in their future. Blake Kitterman, president of the Bradley County Young Democrats, told the Commission:

“When Bradley County citizens succeed, we all succeed, and EPB broadband expansion means an interconnected community…It means opportunities for businesses to affordably advertise their products, and students to be able to take part in higher forms of learning.”

According to the Banner, the crowd applauded every point supporting the resolution. The loudest and longest ovation was in response to Commissioner Mike Hughes when he summarized sentiment about incumbent providers Charter and AT&T:

““They had their opportunity, and they failed,” Hughes said. “It’s time to open it up.”