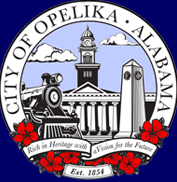 Once again, restrictive state laws designed to help big ISPs maintain their monopolies have helped push a publicly owned network to privatization. Opelika, Alabama, recently announced that they will sell their OPS One fiber optic network to Point Broadband, headquartered in West Point, Georgia. They expect the deal to be finalized in early November.

The Road to Now

The city of Opelika installed the network to overcome poor services from Charter and to improve municipal electric services with smart grid applications. In 2010, Charter’s astroturf campaign to stop the network failed when local voters supported the ballot initiative to build the broadband infrastructure to allow the city to provide services. By 2014, Opelika Power Services (OPS) was making Fiber-to-the-Home (FTTH) available for residents and businesses; folks in the community were loving the service from Alabama’s “Gig City.”

Nearby communities still stuck with poor Internet access wanted OPS to serve them also and OPS wanted to add more subscribers, but state law prevents Opelika from expanding beyond their current coverage area. As in the case of Bristol, Virginia, when a state prevents a municipal network from growing and increasing revenue, the state makes it difficult for the network to remain sustainable.

“We attempted on three occasions to get the legislature to [allow us to] expand beyond our city limits, into North Auburn and rural Lee County, Beauregard, and we could never do that because we couldn’t get the law changed.”

Each attempt to convince lawmakers that Opelika’s neighbors deserve more options than what the incumbents offer have evoked attacks from misinformation groups, such as the Taxpayers Protection Alliance. With large industry-funded coffers backing their efforts to spread untruths about OPS One, Mayor Fuller has faced the same brazen lies each time Opelika has asked the legislature for the authority to expand.

Community leaders in Opelika see privatization as an opportunity to share the network with neighbors.  The opportunity is not available to them while Alabama maintains its restrictive anti-muni law. OPS will maintain the smart grid assets and the sale will not affect power services for members of the community. Point Broadband has stated that they have no plans to make changes to rates or plans, but may add more local programming to video services now offered by OPS One. About a dozen positions will be shifted within OPS and all OPS One employees will transfer to Point Broadband with no change in position or salary.

According to the Purchase Agreement, Opelika will receive $14.175 million for the network and after the first two years will begin to receive revenue sharing from Point Broadband. The company will pay Opelika 3.5 percent of gross revenue less any amount the city may owe the company for network monitoring. Revenue sharing will continue for 10 years.

States vs Their People

Communities that have invested in publicly one networks don’t usually sell their networks to the private sector. Residents, businesses, and institutions lucky enough to have access to community networks overwhelmingly report a high level of satisfaction. Because the driving force is service rather than satisfying shareholders, the goal is sustainability rather than turning as high a profit as possible.

In those few cases when municipalities have sold their network infrastructure, they have typically had to contend with external forces that complicate their ability to operate and expand the network. State laws that hamstring expansion or dictate business model are some of the most onerous burdens for municipalities to bear when all they want to do is bring better Internet access to their residents and boost economic development.

“The fiber network we built and operate has allowed us to achieve our goal of bringing the much needed and effective competitive telecom services to our community. The fiber project also facilitated the deployment of a smart electrical grid to provide more efficient power services to the businesses and homes in Opelika. We believe now is the right time to transition the telecommunication assets away from the city and into the hands of an experienced, local telecommunications company with a long history of providing competitive and innovative telecom and fiber services to cities similar to Opelika. This transaction allows us to maintain the electrical smart grid assets and divest of the telecommunications assets, all while being made whole financially on the city’s investment.”

For more about  the early days of Opelika’s network, listen to Christopher interview Mayor Gary Fuller back in 2013 for episode 40 of the Community Broadband Bits podcast.