Lakeland Considering Its Next Step In Florida

In August 2013, we reported on Lakeland, Florida’s dark fiber network that serves local schools, government facilities, and local businesses. Over the past year or so, community leaders have discussed whether or not to expand the use of Lakeland’s fiber resources.

A 2015 feasibility study suggested several other ways to use Lakeland’s existing 330 miles of fiber infrastructure to enhance connectivity for economic development and residential access. As the city examines its finances and its future in the coming months, city leaders are considering six avenues to meet the community’s needs. The options, some recommended by consultants, vary in type and investment and the City Commission will begin discussing the possibilities as they meet in the upcoming months.

Leaders Consider The Next Move

Lakeland is examining public policies that will encourage better connectivity, such as dig-once, permitting changes, and right-of-way regulations. With smart policies in place, Lakeland can lay the groundwork so they can build off progress made today.

In 2013, Polk Vision, a group of organizations, businesses, government, and individuals, along with the Central Florida Regional Planning Council developed the Polk County Broadband Plan. Another option is using the Plan as a guidepost and aligning Lakeland’s plan to support the goals set in the Polk County Plan. Connecting the schools to a larger network would be part of that plan.

Lakeland, like many other communities wants to give providers operating in the community today the opportunity to work with them to improve services. Another option the city will pursue is reaching out to providers in Lakeland and engaging in discussions to upgrade or expand services to better meet the needs of the community. (We haven't seen much success when communities pursue large incumbents, but smaller local providers are sometimes more willing to work with communities.)

SurfLakeland, the city’s free Wi-Fi service that is available in limited areas downtown, in parks, and at municipal facilities, could be expanded. According to Terry Brigman, Lakeland’s CIO and Director of IT, whatever course city leaders choose, the equipment for the free service is due for an upgrade. SurfLakeland has been available for approximately ten years.

Another possible move will be a pilot project to determine how a larger network might do in Lakeland. Pilot projects are becoming more common as a way to test the waters and can help prove that potential subscribers are willing to switch from traditional providers to a new venture. We’ve reported on a growing number of pilot projects in recent years, including Westfield, Massachusetts; Sun Prairie, Wisconsin; and Owensboro, Kentucky.

The City Commission will also consider releasing a Request for Information (RFI) to seek out a partner to develop a plan to improve connectivity in Lakeland with infrastructure deployment.

A Hard Look At The Numbers

Community leaders in Lakeland reviewed the study and are discussing several recommendations. The consulting firm also suggested using city fiber resources as a basis for a more extensive network and that the city branch out to launch as an open access provider, or a retail services provider to businesses in select areas. Another option is to offer Fiber-to-the-Home (FTTH) services to every property within the city limits or within the Lakeland Electric service territory. The authors of the study estimated an FTTH in Lakeland would cost from $220 - $270 million if it's built out over the Lakeland Electric service area and would pay for itself in six to seven years.

In March, the City’s Chief Financial Officer gave his opinion about a potential FTTH project. In his opinion, the consultant's recommendation is too risky because “margins of error are too thin” based on the study’s authors' predictions of a 40 percent take rate. 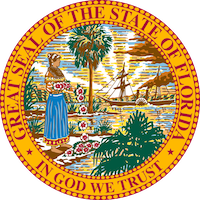 The financing, calculated on 20-year bonds, required price increases of 1.5 percent every year.

He went on to say, however, that he did not think the city should abandon the idea of finding a way to bring better connectivity to Lakeland, but that, “I'm simply saying the model we were presented that involved the city purchasing, managing (and) maintaining a broadband system is not feasible."

Earlier this month, the Ledger reported that Commissioners discussing the issue said that, if the results of the financial analysis and risk assessment still due from the consultants are favorable, they will consider creating a publicly owned and operated Internet utility. Out of seven Commissioners attending the meeting, five expressed support.

A grassroots citizens' initiative, Gigabit Lakeland, has also sprung up in the community and encourages citizens to sign an online petition. They want community leaders to use of the existing publicly owned fiber to bring more choice to Lakeland. Currently, there is a small amount of Verizon FiOS and Bright House Networks cable Internet access (which is now owned by Charter Communications).

While residents have expressed support for taking action, economic development and better business connectivity is on everyone’s mind. In March, the Ledger reported (reprinted at GovTech) on a meeting of the Downtown Lakeland Partnership, a group of business leaders:

Ellen Simms, the co-owner of Two Hens and a Hound, said that for a decade her connection has fizzled out when it rains and she can't get the provider to fix it.

Kate Lake, who hosted the meeting with [Lakeland CIO Terry] Brigman at her business, My Office & More, said the dedicated fiber optics line she pays for at her shared office for hire "is killing me."

"I'm paying through the teeth."

As expected, the incumbent providers have expressed concern, warned of repercussions, and attended meetings but still chosen not to invest in the infrastructure Lakeland needs. Elected officials in Lakeland appear open minded to discussion but don’t have the patience to be put on an endless waiting list if owning their own network or working with a trusted partner is a possibility. From an October article in the Ledger:

He said the commission owes it to the "incumbent services," Bright House Networks and Verizon, to get their points of view and find out what plans they have for upgrading their services in Lakeland.

"To me, they can provide that service tomorrow. They choose not to, and if it's economics to them, we have to get over the hurdle for the economics for us," Malless said. "I'd really like to hear why you don't provide the service."