Funds For Fiber In Blandford, Massachusetts 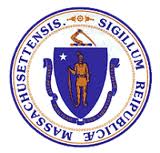 Blandford, Massachusetts, will work with Westfield Gas & Electric (WG+E) to develop a publicly owned fiber optic network. In order to help get the project started, the state’s Last Mile Program has awarded Blandford a $1 million grant.

The funding grant is part of $45 million allocated to broadband infrastructure last fall. In November 2016, the Governor signed a bill that directed the funding to help improve connectivity in western and north central Massachusetts.

Blandford’s network will connect to approximately 96 percent of its premises, including all the residents located on the town's public roads. A little more than 1,200 people live in the town that covers about 53 square miles. The hilltown community is known for the Blandford Ski Area, which has operated for more than 80 years.

Blandford joins a list of other western Massachusetts communities looking to WG+E for their expertise and to act as project managers. WG+E trucks began working in Otis last June and the towns of Ashfield, Shutesbury, Goshen, Colrain, Rowe, Chesterfield, Alford, and Heath have also decided to work with WG+E.

Westfield announced almost a year ago that a Fiber-to-the-Home (FTTH) pilot project had been so successful that they determined expanding the project to a citywide network made the most sense. Since then, they’ve been expanding one neighborhood at a time and are still working on covering the entire community of 42,000.

In the mean time, WG+E has also branched out to work with other communities like Blandford. They’ve helped prove that even small communities can establish high-quality Internet network infrastructure. WG+E have taken on differing roles with these other municipal partners, depending on what level of expertise the community seeks.

Learn more about WG+E’s network and their work with neighboring communities in episode 205 of the Community Broadband Bits podcast.