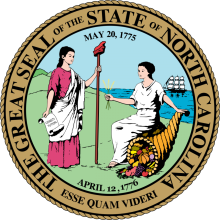 The mayors of nine cities in eastern North Carolina have had enough of Suddenlink's poor service. WRAL reports that they've called on the state legislature to overturn HB 129 and let them build their own networks after years of unreliable connectivity:

“[HB 129] forbade any kind of municipality from establishing broadband as one of their utilities,” Rocky Mount mayor Sandy Roberson said.

Roberson said Internet service in Nash and Edgecombe counties had been a problem for years.

There have been so many complaints against the area’s major provider, Suddenlink, since the COVID-19 pandemic began that the mayor of Tarboro called for the state Attorney General to investigate the company in January.

Months later, area leaders have started to take matters into their own hands, with the mayors of nine cities across Eastern North Carolina petitioning the state legislature to allow them to set up their own fiber networks.

The call to action comes on the heels of the mayors of Tarboro, Rocky Mount, New Bern and Washington calling on the state Attorney General to investigate the company.

Head over to WRAL to read the whole story.

For the twelfth episode of our bonus series, “Why NC Broadband Matters,” we’re joined by North Carolina League of Municipalities Chief Legislative Council Erin Wynia to talk about Internet access in the state a full year into the COVID 19 pandemic, and the access gaps experienced in towns across the eastern part of the state.

Erin shares with Chris how a collection of mayors banded together to write to the state’s attorney general, imploring him to look into Suddenlink’s business practices after fielding questions and complaints from residents and businesses about slow speeds, price hikes, and service interruptions.

The two also bring in the larger context of this discussion, including the frustrating politics of preemption in the state, the legal landscape faced by cities wanting to build their own information infrastructure (whether it’s to lease it to private providers via partnerships or operate a network themselves) and the serious consequences for residents and businesses who have no or poor wireline broadband access because of it.

This show is 30 minutes long and can be played on this page or via iTunes or with the tool of your choice using this feed, at the Community Broadband Bits page, or at the NC Broadband Matters page. We encourage you to check out other "Why NC Broadband Matters" content at the podcast feed so you don't miss future... 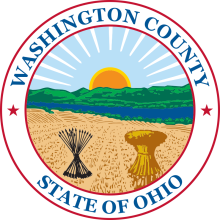 Fed up with poor speeds and no service, a handful of residents in Washington County, Ohio have teamed up to form a broadband cooperative to pursue better connectivity for themselves and their neighbors.

The Southeast Ohio Broadband Cooperative (SEOBC), created last May, is the result of work led by David Brown. “Electric cooperatives worked,” he said of the founding impulse. “Why can’t we do the same thing for broadband?”

After organizing, the first step the group took was to set up a speed test and map to both show how poorly connected many residents of Washington County are, and to plan for the future. That test is still ongoing, and the results are not terribly encouraging so far. Out of 4,662 run, almost 800 premises have no service (17%). Suddenlink and Charter are the only providers returning averages above the FCC’s threshold for basic broadband (25/3 Mbps (Megabits per second)), but together they represent just over 10% of those taking tests — though admittedly this is the result of sample bias, the map shows that outside of Marietta, Lovell, Beverly, Vincent, and the few other concentrated areas there are few providers returning adequate speeds. Subscribers to Frontier, Windstream, and ViaSat across the county see average connections of around 8/2 Mbps (Megabits per second). Those on HughesNet even worse off, at 3/2.5 Mbps.

We have people in our area who have sort of Internet, but it’s kind of a hit and miss thing. But when you get a mile out of Little Hocking it’s over with, you just don’t get it . . . unless you sign up with Windstream and sometimes it works and sometimes it doesn’t. The cooperative sees a combination of fiber and fixed wireless as the solution for reaching residents in the future. For example, the group believes...

Suddenlink passed up the opportunity to offer connectivity in Pinetops, North Carolina, for years until now. About a year after a bill in the General Assembly gave nearby Wilson’s municipal network the ability to serve the tiny community, Suddenlink is taking advantage of the law to enter Pinetops and push Wilson’s Greenlight Community Broadband out.

One of his constituents called Town Commissioner Brent Wooten last October to share a conversation he'd had at work in nearby Wilson. Wooten's constituent had encountered a Suddenlink employee who told him, "We're coming to see you in Pinetops." The company had sent out a notice to employees that overtime would be available because Suddenlink was planning to run fiber from Rocky Mount to Pinetops.

Wooten hadn't heard anything from Suddenlink; neither had any of the other Commissioners. All he knew was that the company had been reducing staff and cutting costs ever since being acquired by Altice in 2015.

Not far from Pinetops sits Wilson, North Carolina, where the city of about 49,000 enjoys the benefits of a publicly owned fiber optic network, Greenlight. Pinetops officials asked Wilson to expand Greenlight to their town, but state law precluded Wilson from offering broadband beyond county lines. Pinetops and the local Vick Family Farm, a large potato manufacturer with international distribution, were both desperate for better services, out of reach, and out of options because no other ISP...

The Logan Journal recently reported that the Russellville Electric Plant Board (EPB) now offers gigabit service to local businesses. The article notes that Net Index, an online tool to measure download and upload speeds, recognizes EPB as the first Gig city in Kentucky. To learn more about the community and its network, we talked with Robert White, General Manager of EPB.

The community of 7,000 is the county seat of south central's Logan County. Russellville is located in the center of several other larger communities: Nashville, Bowling Green, Hopkinsville, and Clarksville, Tennessee. Manufacturing has been a large part of the local economy for generations, but community leaders recognize the vulnerability of a narrow economic base. In order to encourage a versatile economy, Russellville invested in its telecommunications utility.

The community wants to encourage small business while simultaneously providing manufacturers the connectivity they need. Leadership sees the ability to remain competitive directly tied to their network. In addition to the economic development opportunities a fiber network can provide, communities like Russellville rely on electricity revenue from large consumers. Retaining the large electric consumers that also provide jobs in the community is a must.

Russellville's electric utility created a strong advantage when it was time to venture into telecommunications. EPB had already established a strong relationship with its Russellville customers, says White, and locals felt they could trust their municipal electric provider.

EPB began offering wireless Internet to the community in 2005; at the time, there was very little choice for wireless or wired Internet. The product was competitively priced and it performed well for wireless service at the time but EPB eventually shifted focus to its next generation high-speed network. The wireless service is still available to customers who subscribed prior to the construction of the fiber network but EPB no longer offers it to new customers. Wireless speeds vary from 1-2 Mbps download and approximately 500 Mbps upload. The area now has several options from the private sector - Verizon and Bluegrass Cellular provide...

AT&T, Others Overcharge Subscribers Based on Secret Bandwidth Meters

Imagine going to a gas station, putting 10 gallons into your car's 12 gallon tank, and driving off only to find your needle only approaches half a tank? This scenario is quite rare because government inspects gas stations to ensure they are not lying about how much gasoline they dispense.

But when it comes to the Internet, we have found measurements of how much data one uses is unregulated, providing no check on massive companies like AT&T and Time Warner Cable. And we are seeing the results -- AT&T is not open about what its limits are or how to tell when one has exceeded them.

Stop The Cap has noted that AT&T has advertised unlimited bandwidth for its DSL/ U-verse product while chiding and charging customers who exceeded certain amounts of monthly usage. Customers were quietly warned and charged $10 for each additional 50 GB over 150 GB for DSL subscribers or 250 GB for U-verse customers.  Clearly, "unlimited" has several definitions, depending on whether one is a customer or an ISP.

Complaints have also come in from SuddenLink customers and others. The ISP charged usage based customers for bandwidth usage when they didn't even have power. Simlarly, AT&T customers began to complain about inaccurate meters from the beginning of the program. This from a 2011 DSL Reports story - one of many comments from AT&T customers:

Most of us don't keep track of our bandwidth usage, because there is no easy way to do it. For the most part, we have to take the word of our Internet service providers, but who is ensuring that they are accurate? Mismeasuring could be the result of incompetence or fraud, but the FCC has not stepped up to ensure consumers get...