In a bimonthly local show, Burlington City Councilmember Karen Paul discusses City issues. In the recent show, she discussed Burlington Telecom with Gary Evans, the head of Hiawatha Broadband Communications (HBC). Evans has been helping BT get back on its feet after struggling for years. HBC is a private company most notable for strong success in overbuilding cable companies in SE Minnesota as well as running the Monticello FiberNet for the City.

For those who need an update on what is happening to BT since its problems were widely publicized, this is a great place to start. 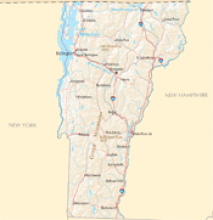 In an op-ed, Tom Evslin discusses FairPoint and their opposition to a middle mile stimulus grant that would improve broadband access around the state. FairPoint had taken over Verizon's New England lines a few years ago. Verizon had a reputation for poor service but FairPoint took that to new levels before reorganizing under bankruptcy (yet another high-profile private sector failure).

FairPoint fought a middle-mile project in Maine and was eventually bribed into silence by the Legislature. Having learned the only lesson one can learn from such an experience, they are now fighting a middle mile project in Vermont.

Unfortunately FairPoint, the successor to Verizon for landlines in Northern New England, wants Vermont to choose between protecting a badly flawed FairPoint business plan or improving the economic future of Vermont’s rural areas. The choice is stark: use the federal “middle mile” stimulus grant already awarded to the Vermont Telecommunication Authority (VTA) to bring fiber closer to rural Vermonters and make wholesale backhaul and institutional broadband affordable in rural areas of the state or forfeit the grant and leave these areas without adequate business, residential and cellular service.

Vermont should move forward with its stimulus project to expand open access middle mile connections across the state. Appeasing FairPoint yet again is not only bad for Vermont's many underserved, it would further embolden FairPoint in its fight against any competition, public or private.

The VTA was formed to improve broadband access while not providing services directly. There is no reason it should not invest in these middle-mile networks. Quoting again from Evslin op-ed:

Now President of FairPoint in Vermont, Mike Smith said yesterday in an interview broadcast on WCAX that he never meant that the VTA should build fiber networks and provide middle-mile (backhaul) service. He thought it would be directing its...

Update: We have covered the second round of financing from ECFiber here.

The East Central Vermont Fiber Network, connecting some 23 rural towns, announced back in July that they would self finance a pilot project as a preliminary step to securing the full funding for the project.

Right around Thanksgiving, last year, David Brown updated the community on progress via an article in the Vermont Standard:

It would have been terrific to get the $50million needed to build out all 35,000 telephone and electric poles with 1,500 miles of fiber optic cable. Along the way, we learned an important lesson. We noticed that government money went to existing telephone companies to expand existing networks rather than funding start-ups like ours. That’s when the ECFibernauts decided on a change in strategy: build a small network, get a few real customers, and deliver rock-solid ultra-fast Internet to them as a proof of concept – all using our own money. Then, when all the critical components are up and running, go to the commercial markets for funding needed to expand out to all 23 towns.

The ECFiber Governing Board and our technology partners ValleyNet, Inc. are fortunate to have several experienced financiers within our ranks. Working with our attorneys (to keep everything legal) ECFiber is reaching out to the community with a private offering of tax-exempt promissory notes. As of this writing, we have raised more than three-quarters of what is needed to complete Phase I of our project. The ECFiber hub is now under construction on Waterman Road in Royalton and an initial pole attachment application for 500 poles is being processed. Phase I will bring ECFiber service to selected businesses, schools, town facilities and residents in Bethel, Barnard, Stockbridge and Royalton.

This is a commitment that few other communities have made -- self-financing a start up portion. It is actually quite inspiring, though one quickly grasps the huge need from the stories EC Fiber has collected. Any community hoping...

While researching the Wired West Network in rural Massachusetts, I learned about another community broadband network. The little town of Warwick built a wireless network for itself; the story behind it gives a glimpse into the ways that the federal approach to broadband really fails small communities.

Miryam Ehrlick Williamson described their motivations and experiences. In 2008, after considering their options, they voted to borrow $40,000 in a town meeting (Warrick has 750 people) to build a simple wireless system that would be far superior to the existing options of dial-up and satellite (neither of which are a service that could properly be termed broadband). State and federal programs ostensibly meant to help towns in this position do little good:

We know about a USDA program meant to bring broadband to rural America. Our information is that most of the money has gone to suburban communities in Texas, and we don’t have a professional grant administrator to chase down any money that might be left.

We’re aware that the Massachusetts governor just signed a $40 million act establishing the Massachusetts Broadband Institute, to figure out how to bring broadband to unserved and underserved towns. We’re also aware that the money will go to vendors to develop regional systems and we don’t have the patience to wait the two or three years it will take for anyone to get around to thinking about maybe serving us.

Ultimately, the City was able to lend itself the money:

As it has turned out, we didn’t need to borrow — town financial officers found the funds without going to the bank for them. We got the necessary permits from the owners of two towers here, bought the equipment, got a couple of people trained to install the equipment, and turned on our first customers in March, 2009.

Between a local mountain and available cell tower, the topology apparently fits a fixed-wireless approach (at least for a significant part of the population). Nonetheless, they were well aware that the system would not have the reliability of robust wired networks - but occasional interference was vastly preferable to the status quo.

The plan expected to break even with as few as 15 households, but they have...

As Karl Bode recently asked, "Should Fairpoint Really Be Giving Broadband Advice?" They have been lobbying against other stimulus projects in Maine that could allow FairPoint subscribers to actually get service that works and puts communities first.

Given FairPoint's horrendous track record in New England since taking over Verizon's run-down network, I'm glad to see a local paper taking them to task for their attempts to deny broadband to significant swaths of the state.

FairPoint is demanding that Maine law prevent the university from selling access to its network to any customer outside the governmental sector. Instead, those customers would have to take their business to FairPoint.

If FairPoint could take care of the customers it already has, and if it was keeping up with its promises to serve more of the state with high-speed Internet, it might have a stronger case.

People in Maine need to realize they will remain behind in network infrastructure so long as they depend on companies like FairPoint rather than the old New England values of self-reliance. Absent public competition, FairPoint will remain the only "option" because no private provider will find profits competing in these rural areas. 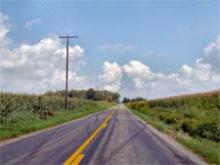 In a recent post the NY Times Bits Blog, Saul Hansell reports "Verizon Boss Hangs Up on Landline Phone Business" - something we have long known. Nonetheless, this makes it even more official: private companies have no interest in bringing true broadband to everyone in the United States.

Verizon is happy to invest in next-generation networks in wealthy suburbs and large metro regions but people in rural areas - who have long dealt with decaying telephone infrastructure - will be lucky to get slow DSL speeds that leave them unable to participate in the digital age. These people will be spun off to other companies so Verizon can focus on the most profitable areas.

For instance, Verizon found it profitable to spin off its customers in Hawaii to another company that quickly ran into trouble before unloading most of its New England customer on FairPoint, moves that enhanced Verizon's bottom line while harming many communities (see the bottom of this post and other posts about FairPoint).

Isen has been writing about it recently - picking up on FairPoint immediately breaking its promises to expand broadband access in the newly acquired territories. No surprise there.

Isen also delved deeper into Verizon's actions, with "Verizon throws 18 states under the progress train." He is right to push this as a national story - the national media focused intently on the absence of major carriers in the broadband stimulus package but they seem utterly uninterested in major carriers running away from broadband investments in rural areas.

Though Frontier likes to position itself as a company focused on bringing broadband to rural areas, it offers slow DSL broadband and poor customer service to people who have no other choices - more of a parasite than angel. As long as we view broadband as a vehicle for moving profits from communities to absentee-owned corporations rather than the infrastructure it truly is, we will farther and farther behind our international peers in the modern...

Last year, Verizon sold all of its landline assets in New England to a tiny company named Fairpoint. Even as Verizon was starting to wire suburban and urban areas with fiber-to-the-home networks, it continued to underinvest in rural communities, where those lucky enough to have DSL generally paid a lot for slow very slow speeds.

Rather than continue ignoring these properties, Verizon sold them to Fairpoint in a deal that some questioned as fraught with problems. Fairpoint has since met expectations: it is woefully unable to provide good service to people living in New England.

In a filing with the Securities and Exchange Commission, the company warns that if the offer does not go through, it might not be able to make its interest payments due Oct. 1.

In a worst-case scenario, it said, this could lead to "an alternative restructuring plan (that) may include a bankruptcy."

If this were a publicly owned network, it would be championed by cable and phone companies as proof that those networks fail. We are not suggesting the opposite - that this is proof that all private networks in rural areas are doomed to failure, but it does offer evidence that a purely private sector-based model in rural areas is foolhardy.

Verizon is now getting rid of more rural assets by selling them to Frontier - a company better poised than Fairpoint to handle them, but also a company known for offering slow DSL speeds with a 5GB cap.

Communities that want to keep up with the rest of the world should look to themselves to build the networks they need. The private sector is either unable or unwilling to build the necessary networks to compete in the digital economy.