Every week we write about the municipalities and the cooperatives that come together to bring high-quality, affordable, locally accountable Internet access to those who need it most. And it seems as if we're at a watershed moment as a nation: community solutions to broadband are poised to have their big day.

One of the big questions that remains is who Congress and the White House will listen to in the coming weeks and months as national legislation moves through the D.C. crucible: their constituents, many of whom have spent the past year struggling to work and live on too-expensive, too-slow, or nonexistent broadband connections forged by a broken marketplace, or the monopoly ISPs gearing up for the fight of their lives to snuff out even the specter of competition so they can continue to extract profits from cities and towns large and small across the country.

ILSR's Sean Gonsalves and Christopher Mitchell have an essay out in The American Prospect which outlines both the upcoming fight and the future at stake, as the Biden Administration's American Jobs Plan positions itself to return a level of parity to local solutions in expanding broadband access and promote competition.

Read an excerpt below, but check out the whole piece here:

Today, Internet access has been largely monopolized by a few big cable companies, even as voice and television services have become more competitive. Government officials have generally responded by seeking to remove barriers to competition, rather than embracing more deliberate pro-competition policies to better shape the markets. But that may be coming to an end.

When President Biden announced his plans for broadband in the American Jobs Plan currently being crafted, he declared his intention to end all that malarkey . . . Taking a page from FDR’s stunningly successful electrification effort that centered on cooperatives, Biden has centered nonprofit municipal and cooperative business models... 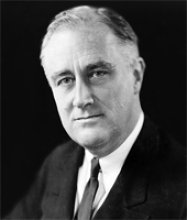 The SF Examiner is the latest to miss the key point when comparing FDR's rural electrification programs with the Obama Administration's broadband stimulus.  Though both programs did extend essential infrastructure to communities either unserved or underserved, an important differentiator is how they approached it.

Seventy years ago, President Franklin Delano Roosevelt realized that if private industry wouldn't run power lines out to the farthest reaches of rural areas, it would take government money to help make it happen. In 1935, the Rural Electrification Administration was established to deliver electricity to the Tennessee Valley and beyond.

But it wasn't just government money that was needed, it was a focus on local self-reliance -- which is what I wrote in a Letter to the Editor submitted to the paper:

Your article rightly notes that many Americans need help in building the broadband networks they need. But it draws a false comparison between FDR's electrification efforts and Obama's Stimulus.

FDR correctly recognized that the private sector is ill-suited to running the infrastructure needed in rural communities and used loans to fund cooperatives that would allow communities to be locally self-reliant.

Obama's stimulus program was a mix of loans and grants (heavy on grants) to mostly private sector for-profit companies that will have less incentive to run the networks in ways that most benefit the communities (upgrades, customer service).

If Obama had learned from FDR, his Administration would have embraced a fiscally responsible approach that encouraged local self-reliance by building networks that are structurally accountable to the communities they serve.