Gigabit connectivity from service providers operating via the city’s dark fiber infrastructure are charging around $79 per month, allowing more interest in downtown locations and better economics for local entrepreneurs.

This makes it a game-changer for software firms, graphic art firms, medical- just about anyone that handles large amounts of data.

“Before we had EUGNet, we just couldn't do this product, it would be impossible,” said Pipeworks Studio Technical Director, Daniel White.

Since using the network, Pipeworks has grown tremendously. A faster network means more work and that increase in productivity has allowed them to hire 50 new employees.

“The door was always there, we just couldn't open it...but now you can. Yes, It allows us to do projects we couldn't have done before, it's very reasonably priced... it's super reliable,” said White.

Vacancy in the downtown district has dropped from ten percent to seven percent since 2017.

“The economic impacts from this project are everything we thought they would be and I think even more.,” said City of Eugene Economics Strategies Manager, Anne Fifield, “We have seen the cost of Internet service really come down and service levels go up.”

This is the transcript for episode 263 of the Community Broadband Bits Podcast. Anne Fifield and Nick Nevins discuss how Eugene, Oregon, uses a dark fiber network to encourage economic development. Listen to this show here.

Anne Fifield: I think we're going to start running out of office space downtown that we've had firms grow. We've had firms come just to locate here. They're here because of the fiber.

Lisa Gonzalez: This is episode 263 of the Community Broadband Bits Podcast from the Institute for Local Self-Reliance. I'm Lisa Gonzalez. This week, Chris talks with two folks from Eugene, Oregon where the community is working on a dark fiber project to improve connectivity to the downtown area. He's joined by Anne Fifield who works in economic development and Nick Nevins from the Eugene Water and Electric Board, also known as EWEB. In this conversation, we learn about the collaboration between the two entities, including how the infrastructure is already improving Eugene's downtown, how they're funding the project, and more about the decision to expand existing fiber in Eugene. Before we start the interview, we want to remind you that this commercial-free podcast isn't free to produce. Please take a moment to contribute at ILSR.org. If you're already contributing, thank you for playing a part and keeping our podcast going. Now, here's Christopher with Anne Fifield and Nick Nevins from Eugene.

Christopher Mitchell: Welcome to another edition of the Community Broadband Bits Podcast. I'm Chris Mitchell with the Institute for Local Self-Reliance. Today, I'm talking with Anne Fifield, Economic Development Planner for the city of Eugene in Oregon. Welcome to the show.

Christopher Mitchell: We also have Nick Nevins on the line and he is the Engineering Technician for Eugene Water and Electric Board. Welcome to the show.

Nick Nevins: Thanks for having me, Chris.

Christopher Mitchell: I'm excited to learn more about what Eugene's doing and what the results have been. But let's start off with just a little bit of a background on what Eugene is for people who haven't been out there on the West Coast. Anne,...

Eugene is a good example of recent public-public partnerships developing to expand fiber optic Internet access. The city of 166,000 in Oregon helped finance a downtown dark fiber network by the Eugene Water and Electric Board (EWEB), which is publicly owned but has an independent governing board from the city.

We talk about what businesses have been the early adopters of the dark fiber availability, how it was financed, and how it has helped to fill downtown office locations with businesses.

Read the transcript of the show.

This show is 25 minutes long and can be played on this page or via iTunes or the tool of your choice using this feed.

You can download this mp3 file directly from here. Listen to other episodes here or view all episodes in our index.

Thanks to Arne Huseby for the music. The song is Warm Duck Shuffle and is licensed under a Creative Commons Attribution (3.0) license. 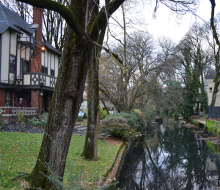 Eugene was recently named a recipient for a Mozilla and National Science Foundation Gigabit Community Fund award. The funding will allow education and workforce development ideas that require next-generation technologies to take advantage of the “Emerald City’s” new gigabit infrastructure.

Last summer, the City Council voted to make a downtown fiber-optic infrastructure pilot project eligible for Urban Renewal funds. The approval allowed the Eugene Water and Electric Board (EWEB) the ability to expand the project to bring Gigabit per second (1,000 Megabits) capacity to more businesses in the city's downtown.

Based on the success of the pilot and the new funding source, the city solidified plans to take the publicly owned network even further last fall. The city has approved up to $3 million to expand the open access network and connect to approximately 120 downtown buildings.

On March 21st, the city and EWEB is holding a Fiber Launch Celebration downtown. They’ll hold a Fiber Lighting Ceremony and demonstrate 10 Gbps Internet speeds from XS Media, one of the first ISPs planning to offer services via the new infrastructure. Tickets to the event will benefit the Springfield Education Foundation and Looking Glass Community Services. From the event announcement:

"More and more businesses and jobs depend on high-speed internet, just as much as they depend on other basic infrastructure," says Mel Damewood, EWEB's chief engineering and operations officer. "This innovative 'open-access' model of public ownership partnered with private ISPs offers service in a cost-competitive environment, and that helps to support our growing tech sector and a vibrant downtown."

EWEB’s deployment is part of a regional effort called EUGNet that includes a number of public agencies from Portland to San Jose. Locally, the Springfield Utility Board and the Lane Council of Governments also include their fiber... 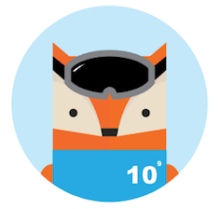 In 2014, Mozilla and the National Science Foundation (NSF) created the Gigabit Community Fund to help local communities test new gigabit technologies. This year, projects in Eugene, Oregon, and Lafayette, Louisiana, will receive awards from the fund. Each community will receive $150,000 $300,000. Organizations that want to apply for the funding with their project ideas need to submit applications by July 14, 2017.

Learn more about the application process and the award at the Gigabit Communities website.

The recent announcement described the reasons for adding these cities to the list of past winners - Chattanooga, Kansas City, and Austin:

Why Eugene and Lafayette? Mozilla Community Gigabit Fund cities are selected based on a range of criteria, including a widely deployed high-speed fiber network; a developing conversation about digital literacy, access, and innovation; a critical mass of community anchor organizations, including arts and educational organizations; an evolving entrepreneurial community; and opportunities to engage K-12 school systems. (emphasis ours)

Check out this video on Mozilla and the Gigabit Community Fund:

Update: After publishing this story, we received the official news release from the city of Eugene and the Technology Association of Oregon, which provided a little more information. Specifcally that grants usually range from $5,000 - $30,000 and that the pilot period is typically 16 weeks. You can read the news release here.

For the past year, Eugene has worked on a pilot project to bring high-quality connectivity to businesses in its downtown core. Now that community leaders and businesses have seen how a publicly owned network can help revitalize the city’s commercial center, they want to expand it.

The Proof Is In The Pilot

The project is a collaboration between the city of Eugene, the Lane Council of Governments (LCOG), and the Eugene Water and Electric Board (EWEB). As we reported last year, each entity contributed to the project. EWEB owns the infrastructure and uses its electrical conduit for fiber-optic cable, reducing the cost of deployment. EWEB also has the expertise to complete the installation, as well as manage and operate the infrastructure. They lease dark fiber to private Internet service providers (ISPs) to encourage competition over the shared public infrastructure.

The pilot project brought Gigabit (1,000 Megabits per second) connectivity to four buildings in the pilot area. Vacancy rate for those four building is at zero while typical vacancy rate in Eugene is 12 percent. Matt Sayre of the Technology Association of Oregon (TAO) notes that speeds in one of the buildings, the Broadway Commerce Center, increased by 567 250 percent while costs dropped by 60 40 percent. TAO joined the other pilot project partners in 2015.

The Search For Funding

The expanded project will cost approximately $4 million to complete. In June, the City Council approved a measure to make the project eligible for Urban Renewal Funds. Urban Renewal is another label for what is also known as Tax Increment Financing (TIF), which has been used in other places for fiber infrastructure. Bozeman, Montana; Valparaiso, Indiana; and Rockport, Maine, all used Urban Renewal or TIF to help finance their builds.

Eugene provides a helpful explanation for...

Businesses are now finding affordable connectivity in Eugene, Oregon, through a partnership between the city, the Lane Council of Governments (LCOG), and the Eugene Water and Electric Board (EWEB), reports the Register-Guard. A new pilot project has spurred gigabit Internet access in a small downtown area for as little as $100 per month.

According to the article, the city contributed $100,000, LCOG added $15,000, and EWEB spent $25,000 to fund last mile connections to two commercial locations. LCOG's contribution came from an $8.3 million BTOP grant.

The fiber shares conduit space with EWEB's electrical lines; the dark fiber is leased to private ISPs who provide retail services. XS Media and Hunter Communications are serving customers; other firms have expressed an interest in using the infrastructure.

Moonshadow Mobile, a firm that creates custom maps with massive amounts of data, saves money with the new connection while working more efficiently.

To upload just one of the large files Moonshadow works with daily — the California voter file — used to take more than an hour. Now it can be done in 77 seconds, [CEO Eimer] Boesjes said.

“This completely changes the way our data engineers work,” he said.

“It’s a huge cost savings, and it makes it much easier for us to do our work. We can do our work faster.”

The upgrade also will help spur innovation, he said.

“We can start developing tools that are tuned into fiber speeds that will be ubiquitous five to 10 years down the road, so that gives us a huge advantage,” Boesjes said.

The upgraded fiber also could bring more work and jobs to Eugene, he said.

“In December one of my customers said, ‘You can hire another system administrator in Eugene and we’ll move this work from Seattle to Eugene if you have fiber,’ and [at that time] I didn’t have fiber so that opportunity went away,” Boesjes said.

A 2014 EugeneWeekly.com article notes that EWEB began installing fiber to connect 25 of its substations and 3 bulk power stations in 1999. At the time, it installed 70 miles of fiber with the future intention of connecting up schools, the University of...