Weymouth, Massachusetts Considering A Municipal Network After Years of Poor Service and High Prices from Comcast

Weymouth, Massachusetts is considering building municipal network as a result of "residents experienc[ing] undesirable coverage options and rates because of the lack of competition from other providers, officials say."

From The Patriot Ledger:

[Mayor Robert] Hedlund will submit a proposal to the Weymouth Town Council asking to use about $25,000 to fund a master plan as the first step in the process. The money would come from the host community agreement with Algonquin Gas Transmission, the company that owns the natural gas compressor station.

Broadband Infrastructure Funding in the American Rescue Plan - Episode 9 of Connect This!

On Episode 9 of Connect This!, hosts Christopher Mitchell and Travis Carter (USI Fiber) are joined by Kim McKinley (Chief Marketing Officer, UTOPIA Fiber) and Doug Dawson (President, CCG Consulting) to talk about the recently signed American Rescue Plan Act, which has the potential to funnel an unprecedented level of funding to communities which can be used for Internet infrastructure.

The group talks about the different buckets of money that will become available and how cities, counties, and states might use them. They discuss the ways that communities can use the federal funds to reduce risk for local projects and push them forward, create partnerships with public organizations and private firms, and what local officials need to do to ensure that they are ready when the money starts flowing to effect long-term positive change.

Watch via this link, or watch below.

Email us at broadband@muninetworks.org with feedback and ideas for the show.

Tennessee is home to some of the most creative local solutions to bridging the digital divide. Municipal fiber networks across the state, including Chattanooga’s EPB Fiber network, Morristown’s FiberNet, and Bristol’s network, have been a boon to economic development, job creation, educational initiatives, and overall quality of life in the past decade.

The next city to potentially join the ranks of providing municipal broadband in Tennessee is Knoxville. On March 11, the Knoxville Utility Board approved a business plan to provide Internet services across its service area.

Despite the widespread success of municipal networks across Tennessee, the state restricts what populations they can serve. Although Tennessee law allows cities and towns to offer advanced telecommunications services if they have a municipal electric utility, the networks are not permitted to offer those services to residents who live outside of the utility’s service area. Removing these restrictions would permit substantial fiber expansion to connect more residents at no cost to the state or taxpayers.

Multiple laws introduced this legislative session in Tennessee sought to overturn statutes stifling the expansion of municipal networks. As of yet, these legislative proposals have stalled in committee, had their hearings postponed until next year’s legislative session, or been withdrawn altogether. AT&T and Comcast have historically killed these bills in subcommittees and committees early in the process in order to continue limiting broadband competition in Tennessee,...

At the beginning of July 2020, the city of West Des Moines, Iowa announced that they were going to build a citywide, open access conduit system connecting every home, business, government building, and community anchor institution, with Google Fiber to come in right after to pull fiber and light up a network to bring service to the community.

Construction on the project has now begun "in [the] area bounded by the West Mixmaster, Ashworth Road and 22nd Street," the first of six phases.

Knoxville Knocking on Door to be Tennessee’s Next Gig City 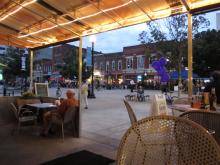 Although Tennessee is one of 19 states in the nation with laws that limit municipal broadband networks, it is also home to several of the nation’s premier municipal Fiber-to-the-Home (FTTH) networks, including EPB Fiber, a division of Chattanooga’s city-owned electric and telecommunications utility.

In the Volunteer State, municipal electric providers are restricted from offering Internet service on fiber networks beyond their service areas. But now, Knoxville, a city of approximately 187,000 residents and the home of the University of Tennessee, is aiming to get on the community fiber track and become the state’s next gig city.

Earlier this month, the Knoxville Utilities Board (KUB) Board of Commissioners approved a business plan that, if approved, will set the utility on a path to bring high-speed Internet connectivity to its more than 468,000 customers spread out across Knoxville, Knox County, and small parts of seven neighboring counties.

The plan has been sent off to the Tennessee State Comptroller office for review, one of the initial steps in the process to bring triple-play services (Internet, phone and TV) to its broadband-hungry customers.

A Need for Speed

As reported by WBIR 10News, a KUB survey found that about 60% of their users have only one option for Internet service, while 50% said they would switch from their current Internet Service Provider (ISP) to KUB’s fiber network when, and if, it is built and lit up for service.

KUB is in the process of deploying 300 miles of fiber to connect the utility’s electric substations, part of...

In Our View: Grid Disaster in Texas Leads to Open Access Soul Searching

Welcome to In Our View, the first installment of a new series here. From time to time, we'll use this space to explore new ideas and share our thoughts on recent events playing out across the digital landscape, as well as take the opportunity to draw attention to important but neglected broadband-related issues.

The disaster in Texas resulting from an electric grid that was deliberately left exposed and likely to fail in rare cold weather events has received a lot of dramatic coverage, as well it should given the loss of life and damage to so many homes and businesses. It also raised some questions in my mind regarding competition and designing markets that will be discussed below. Texas was a leader in allowing different electricity firms to compete in selling electricity over the same electric grid, an arrangement that has some similarities to open access broadband approaches.

In digging into that recent electricity history, I made another interesting and relevant finding that I discuss first as part of the background to understand the lessons from Texas. In 20 years of competing models between, on the one hand, municipal and cooperative structures to deliver electricity and, on the other hand, a largely deregulated and competitive market, the munis and co-ops delivered lower prices to ratepayers.

Many of the sources used in this article are behind paywalls. We wish that weren't the case but we support both paying for news and the libraries that have databases that may allow you to track this down if you have the inclination.

More than 20 years ago, Texas largely deregulated electricity markets. Residents still have a monopoly in charge of the physical wire delivering electricity to the home, but they could choose among various electricity providers that would effectively use the wire and charge different amounts, differentiating themselves via a variety of factors, including how the electricty was produced.

This week on the podcast, Christopher talks with Travis Carter (CEO, US Internet), Deb Socia (President/CEO, The Enterprise Center), and Brian Worthen (President, Visionary Communications and CEO, Mammoth Networks) to talk about overbuilding.

The group discusses the importance of reclaiming the term as what it really is: plain old competition. They talk about the economics of building competitive broadband infrastructure in rural and urban areas, pending Washington State legislation which would unlock the power of the state’s utility districts to deliver retail service, and why we don't see more small, competitive fiber builders around the country.

Subscribe to the Building Local Power podcast, also from the Institute for Local Self-Reliance, on iTunes or Stitcher to catch...

Overbuilding and the Value of Real Competition - Episode 7 of Connect This!

This episode, co-hosts Christopher and Travis Carter (CEO, US Internet) are joined by Deb Socia (President/CEO, The Enterprise Center), and Brian Worthen (President, Visionary Communications and CEO, Mammoth Networks) to talk about overbuilding.

The group talks about the importance of reclaiming the term as what it really is: plain old competition. They discuss the economics of building competitive broadband infrastructure in rural and urban areas, pending and related Washington Public Utility District legislation, and why we don't see more small, competitive fiber builders around the country.

We also get the first installment of a recurring segment during the episode, wherein Christopher asks Travis to identify a picture of random piece of wireless infrastructure from the area around his house.

Referenced during the discussion was Benton Institute for Broadband and Society Senior Fellow John Sallet's recent paper "Broadband for America’s Future: A Vision for the 2020s."

Email us with feedback and ideas at broadband@muninetworks.org

Digging IT in Dayton, Texas

DayNet, a new Internet utility emerging in Dayton, Texas, is looking to lasso a broadband-minded boss for this small East Texas city of approximately 7,200, about 37 miles east of Houston.

Applications are being accepted for a Broadband Manager/Head Network Engineer to oversee the business and technical operations of DayNet as the city has begun construction of a citywide Fiber-to-the-Home (FTTH) network.

In addition to hiring a Broadband Manager/Head Network engineer, the city is banking on the project to “increase competition and choice . . . while having a positive impact on economic development, education, and the technology amenities that are available to citizens and businesses.”

To finance the construction, the Dayton City Council approved a $13.7 million bond issuance at a 2.56% interest rate, thanks to the city’s rising credit rating. Network construction began at the start of the year. And when the network is fully built, which is expected to be complete by 2023, 110 miles of fiber will criss-cross the city’s 11 square miles, passing every home, business, and anchor institution in Dayton.

The city has yet to unveil pricing and speed tiers but network planners expect to deliver residential service with speeds of up to 1 Gigabit per second (Gbps) for about... 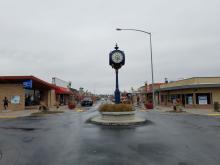 Idaho is better known for producing potatoes than the state of Washington. But actually, it’s the 2,800 square miles (an area about twice the size of Rhode Island) within Grant County in central Washington that grows more spuds per acre than any county in the United States.

As you might expect, the Grant County Public Utility District (PUD) has a long history of supporting the region’s potato farmers. But for the past 20 years, the county-owned utility has been planting more than potatoes in the fertile soil of the Evergreen State, the benefits of which are being enjoyed by county residents on and off the farm.

In early 2000, Grant County PUD built an open access fiber optic network, allowing multiple local Internet Service Providers (ISPs) to compete in delivering Fiber-to-the-Home (FTTH) service to the county’s 97,700 residents. After investing $182 million to bring high-performance Internet connectivity to 75% of the county, over the past several years the utility has been working to expand the network to cover the remaining 25% into the most rural parts of the Grant County PUD service area.

Using utility revenues to finance the network expansion, County Commissioners did not initially commit to a specific timeline, opting instead to allocate funding annually based on the financial condition of the fiber business and the utility as a whole. But with revenues on the rise (up 11% in 2017), the PUD pushed forward, allocating $18.4 million in 2019 to advance the project. Local officials have estimated the total cost to expand the network into all unserved areas to be $70.2 million, with a completion goal of 2023. When the project is complete, over 3,000 miles of fiber optic cable will have been installed...