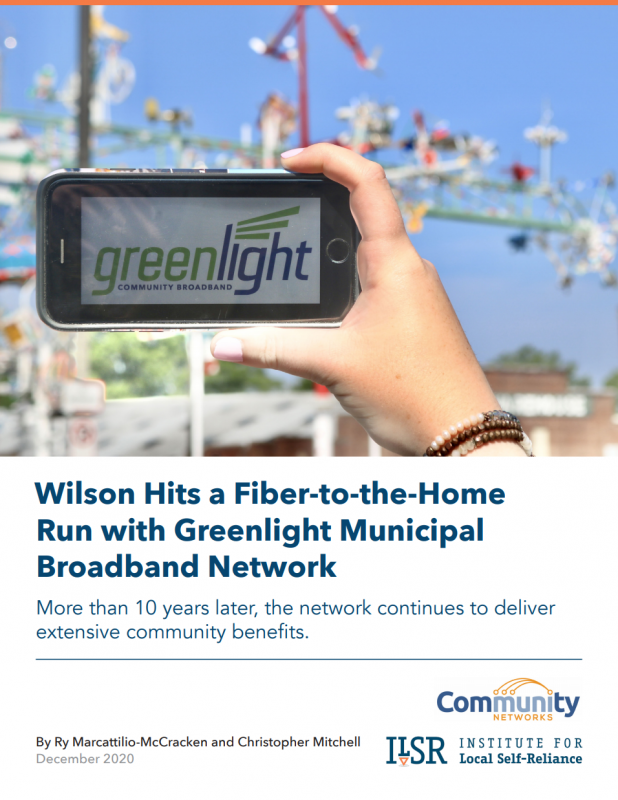 Built in 2008 with an eye toward the future and operated with local priorities in mind, Greenlight has a long track record of putting people first. In a new case study, the Institute for Local Self-Reliance explores the wide-ranging community benefits of Greenlight, the city-owned Fiber-to-the-Home network in Wilson, North Carolina.

The case study details how it has been able to quickly adapt and expand service during the pandemic, as well as the host of advantages and overall value brought to the city over the last decade in education, equity, and economic development. For example:

Notably, Greenlight is not allowed to expand these programs, or any of its services, beyond the county line. This is due to North Carolina’s restrictions around community-owned broadband networks, which are among the strongest in the country. Ironically, the law was originally justified by claims that Greenlight was doomed to fail – it actually ended up being the first citywide gigabit network in the state. Since the state legislature enacted these restrictions in 2011, no other communities in the state have been allowed to build a city-owned network. Despite Wilson’s persistent efforts to undo the law by appealing to the FCC and the court system, rural communities throughout North Carolina remain shut out of the many benefits the community has enjoyed thanks to its fiber network.