What Does It Mean to Be A Gigabit City? Sharing Positive Outcomes Together (SPOT) 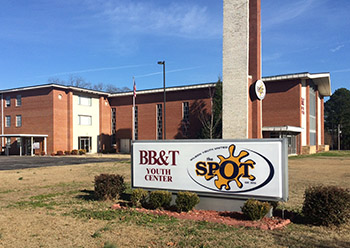 In North Carolina, Wilson’s Greenlight gigabit fiber network is doing everything it can to ensure everyone benefits from this important municipal investment. The city-owned network is a key partner in a digital inclusion program, Sharing Positive Outcomes Together (SPOT), which focuses on the children least likely to have high quality Internet access in their homes.

Though the digital divide remains a serious policy challenge, Wilson Greenlight and SPOT demonstrate s that solutions can be inspiring and fun.

Training With a 4-Dimensional Approach

SPOT is an after-hours educational program focused on children ages 5 to 18 and attracts youth from all backgrounds, including those who are homeless or fostered to those with professional parents burdened by demanding work schedules. Among other components, its mission is to promote an atmosphere of accountability, confidence, and self-esteem. SPOT invites its children to dream, be “ambitious, inspired, high school graduates,” while “addressing and closing society's darker cracks that way too many young lives fall into.” “Leave it at the door and come grow” is part of its motto.

To reach such lofty goals, SPOT uses a four-dimensional approach called “project-based learning.” This New Tech School method requires that all elements of STEAM (science, technology, engineering, math and the arts) are part of the program and must utilize technology. According to SPOT’s Executive Director, Matt Edwards, “Learning is activity-based. Kids learn by seeing, touching, doing, and  incorporating technology into their program … and everything is interactive and Internet oriented with kids.”  Embodying this approach, SPOT recently won a $53,000 grant from the state of North Carolina to realize its 21st Century Learning Initiative. The initiative  will hinge on access to high capacity bandwidth and wireless access throughout its 30,000 square foot former Tabernacle church building. 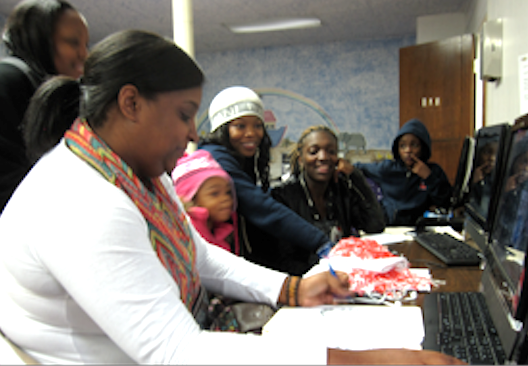 The  Kids Are Teaching Us

“Let’s be honest,” explained Edwards,  “When it comes to technology, the kids are teaching us.” Adults can now be a hurdle  to closing the technology side of the digital divide. “We put our kids in a box and think they can’t learn this because they are kindergarteners. I can tell you now. My kindergarteners and first graders probably know more about computers than my high schoolers.” A first grader or kindergartener will be stumped on a project, and “you’ll have another one go over there and show them how to look something up. You just sit back and watch. I mean, it is awesome.” This means in the computer lab, SPOT only needs an advisor or a volunteer, not a computer teacher.

Putting the World in their Hands and Guiding Them

SPOT’s Executive Director described how his experience in closing the digital divide is on a whole new level. “The kindergartner today, they are going to be able to look at their computer and say ‘Find me (the game) Roadblocks’  and the computer will find it. You don’t need to teach the kids how to use the computers and the keyboards and the mouse, you just need to get them access and guide them on how to learn and utilize them in different ways...Get them the iPad. Put the protections on it and let them go. Our role is to guide.” With high capacity broadband, the world is in their hands. “We make sure they go to the best part of the world.”

Overall, for SPOT, closing the digital divide is about teaching critical thinking, team work, and providing the bandwidth to keep up with the speed of their young minds. Wilson’s Greenlight community owned fiber network is part of that process by providing SPOT no-cost, 75 Mbps upstream and downstream broadband speeds.

“Five years ago my grants would talk about the technology component needed to combat the technology divide. I don’t use that terminology anymore. It has changed to how do you use technology properly for advancement of our students and kids to enhance critical thinking … and teamwork. When you go out into the work place, very seldom are you an individual worker. You are going to have to get along with different people, work in groups, and solve difficult problems.”

SPOT’s activity-based, STEAM dimension locks into that teamwork. So the program’s focus is not as much on obtaining one to one computers, but having the children work in teams on whatever the project is.

And Then, of course, There’s Video

Closing the digital divide also means incorporating video, because “theirs is a world of daily Youtubes.” SPOT gives its children access to Kindle HDs where they can push a button, step back and do a video recording. “We teach them how to do it and work with the teenagers to control the uploading...They love watching themselves run in sports...dancing to music...discussing topics, like elections.”

According to Jeff Fox, volunteer and IT Director, SPOT’s new 21st century classroom will allow students to beam images from their smart phones and tablets spontaneously to flat screens circling the room. The old divide between teachers and students dissolves. With the devices and the speed, everyone becomes a teacher. “It’s such an opportunity,” said Fox. “I’m hooked.”

But video, especially uploading, requires much more bandwidth and, according to Edwards, “a third-grader’s mind goes very fast.”

“Greenlight’s symmetrical speeds keep up... most of the time,”  he laughs.  “I mean, [on the old system] there was a time when you could walk away, have lunch, and it would still be loading when you returned. Because Greenlight’s signal is strong, it makes the program stronger in all its facets.”

This all makes sense to the General Manager of Greenlight, Will Aycock, who notes that enhancing the quality of life in Wilson is part of their mission. “Here is yet another example, where our community-owned network, is SPOT on. We give back to the community to benefit future generations, because we are the community.”