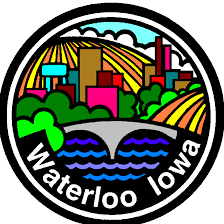 Last summer we wrote about the slow but steady progress the city of Waterloo, Iowa (pop. 68,000) has been making towards improving local connectivity options for residents and businesses needing it. The city hired Magellan Advisors to perform a feasibility study for a possible Fiber-to-the-Home (FTTH) network in the fall of 2019, but things have been mostly quiet since, with news outlets reporting on a reluctance to release the results of the study for fear of what incumbent cable provider Mediacom would might do to hinder its efforts.

These fears are not without reason, given the company’s previous efforts in the region to slow the specter of municipal competition with lawsuits, complaints, and propaganda efforts in its service territory.

When last we heard that the feasibility study would be released this spring, and while we still have not seen a copy, Waterloo must be encouraged. The city’s Telecommunications Board of Trustees established a resident-led municipal broadband utility committee on January 27th, giving the group the charge of tackling “risk mitigation, community marketing, digital infrastructure and finance and business strategy” for a future network.

When the announcement was made, Board Chair Andy Van Fleet said the work would serve as "critical pillars to move this project forward successfully when the time is right to turn the plan into actionable items."

Then, in early April, the city allocated $150,000 to Magellan to begin a survey of assets and network design that could serve as the foundation for a citywide system.

According to the contract, Magellan has 90 days to perform a “30% High Level Design” of a system that would include more than 70 miles of conduit and fiber to connect 74 city sewer and wastewater utility sites with a resilient, redundant fiber backbone. The resulting plan will map existing assets and include a network architecture with proposed fiber routes, placement for fiber cabinets, huts, and a data center, and workshops to facilitate planning, coordination, and decision-making among city departments.

The resulting network, if funded and built, would provide an array of smart city options that would provide new tools like real-time monitoring for city systems while also saving taxpayers money.

According to the timeline agreed upon in the contract, Magellan should be nearing the end of the second phase of the plan, finishing up data gathering and beginning the high-level design. It is due to the city in early July.

If all goes well and Waterloo builds this core institutional network, it could decide to engage Magellan or another firm to plow ahead and perform 60%, 90%, and 100% plans which lay the foundation for the city to move forward with a full FTTH build and offer services directly to businesses and residents.

Other Iowa communities also continue to make progress. Fort Dodge, which saw a successful vote to give the city authority to pursue municipal broadband in November 2019, continues to plan and will be holding a pre-registration event this summer. The Messenger reports that earlier surveys suggest four out of ten residents would subscribe to service from the city, and that if things continue to go well Fort Dodge could begin construction as early as 2022.