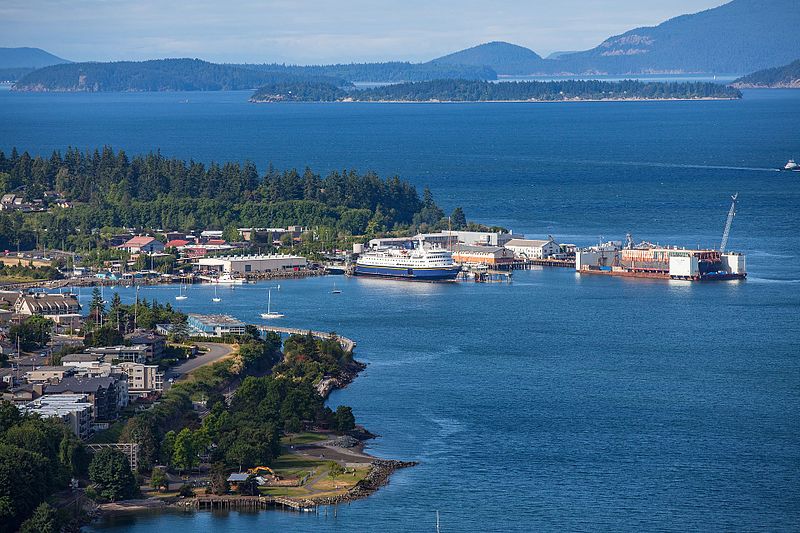 Buoyed by an explosion in new grants and the recent elimination of state restrictions on community broadband deployments, Washington State is awash in freshly-funded local broadband proposals that should go a long way toward shoring up affordable Internet access across the Pacific Northwest.

In addition to Covid relief and various state grants, thirteen Washington State counties, ports and Tribal associations recently received $145 million in Broadband Infrastructure Acceleration grants aimed at boosting Internet access and affordability statewide. It’s the first tranche of $260 million planned for new infrastructure, and particularly exciting because it looks like nearly all of the funds went to community-led endeavors, with many of the newly built networks operated by local governments. Some projects will result in partnerships with locally rooted providers.

“Infrastructure is the foundation for digital equity,” Washington Commerce Director Lisa Brown said of the funding. “Washington state’s goal is to ensure all of our residents have access to affordable high-speed internet, as well as the devices, skills and confidence needed to connect with critical resources.”

State leaders say they received more than $413 million-worth of requests for 36 different projects, and have shared both a list and a map of all approved grants online.

The funds will be a welcome boon for many Washington State Tribal regions, including the Confederated Tribes of the Colville Reservation, which won $4.1 million to help expand fiber access along Highway 155 between Nespelem and Omak, Washington—as well as a project recently profiled by ILSR designed to provide free wireless Internet access to the entire territory.

Elsewhere, Lewis County, Washington received $23.5 million in state grants to help fund a public-private fiber deployment plan in cooperation with regional ISP ToledoTel that aims to bring fiber access to 1,800 residents in and around the City of Winlock by the end of 2026. ToledoTel states the company hopes to break ground on the project sometime later this year, with 820 new subscribers connected by the end of 2022. The Lewis County Public Utility District (PUD) has been exploring a variety of funding options to expand affordable access to fiber, though the PUD tells ILSR several other grant applications were denied.

In Clallam county, Karen Affeld, Executive Director of the North Olympic Development Council (NODC), told ILSR that combined recent funding from the state—$4.25 million from the Public Works Board and $20.27 million from the State Broadband Office—will have a massive, positive impact in a county where sub-10 megabits per second (Mbps) speeds are the norm.

“The entire project will develop fiber to the home to 1,600 households in an area west of the Elwha River that currently has very limited Internet access,” she said. “The initial funding from the Public Works Board will support extension of broadband from the junction of Hwy 101 and Hwy 112 to neighborhoods along Hwy 112 in the Freshwater Bay Area. The additional funding from the State Broadband Office will extend broadband along Hwy 112 west of Joyce. While Clallam County will own the fiber, broadband service will be provided by several ISPs.”

In Snohomish County, even Darrington, Washington Mayor Dan Rankin has complained about substandard broadband access, telling the Everett Herald that only one person in his home can use the broadband connection at a time.

That should be aided by a $16.7 million grant to fuel a collaborative effort between the Snohomish county government and Internet Service Provider (ISP) Ziply Fiber, which aims to deliver speeds of 100 Mbps to 5,600 locations courtesy of a new fiber network spanning from Arlington to Darrington, with a target completion data of early 2024.

“This grant from the Washington State Broadband Office will be transformative for our families, businesses, and educators in Snohomish County, especially those still recovering from the SR-530 landslide,” Snohomish County Executive Dave Somers said. “Broadband deserts are seriously risking the health and welfare of our residents, and this grant will bring the SR-530 corridor economic, educational, health care, and cultural benefits.”

There's no word yet on whether the county or Ziply will retain ownership of the new infrastructure, though we'll keep a close eye on it and should have final word around the end of April.

In the Port of Bellingham, $4 million in awarded grant money will be used to help fund an open access fiber network that will deploy 30 miles of fiber infrastructure which will then be leased to ISPs to help deliver affordable next-gen Internet access to 1,100 homes and businesses north of Ferndale.

In Adams County, a $10.3 million grant is poised to help drive fiber to Ritzville, Lind, and rural areas south and west of Othello, Washington, with a completion date sometime in 2024. The extension of the network in Washtucna will be paid for by alternate funding sources, Adams County Commissioner Dan Blankenship told the Columbia Basin Herald.

After receiving $1.7 million from the Washington State Department of Commerce’s Community Economic Revitalization Board 9 (CERB) last year, the Port of Whitman County, Washington received another $1.06 million in funding here, which will help fund a plan to bring affordable fiber Internet access to the Malden and Pine City areas of Washington with an expected completion date of December, 2023.

In addition to embracing community broadband, Washington State has been forced to take a greater leadership role in countering federal apathy on the broadband consumer protection front, including being the first state to pass a net neutrality law after the FCC’s unpopular 2017 repeal of federal net neutrality rules protecting consumers and online markets.

In addition, like countless other states and communities, Washington has been forced to conduct its own crowdsourced mapping efforts to counter longstanding FCC dysfunction on the subject.

This round of funding prioritized unserved regions and projects that would deliver at least the FCC standard definition of broadband: 25 Mbps downstream, 3 Mbps upstream. That’s in contrast to new NTIA standards of symmetrical 100 Mbps speeds (unless impractical due to geography or cost), and a recently proposed Washington State law (SB5715) that would boost the standard definition of broadband in the state to 100 Mbps downstream, 20 Mbps upstream.

The Washington State Department of Commerce says it will be taking applications for a second round of Broadband Equity, Access, and Deployment Program grants totalling $120 million starting later this spring.

Map courtesy of the Washington State Department of Commerce