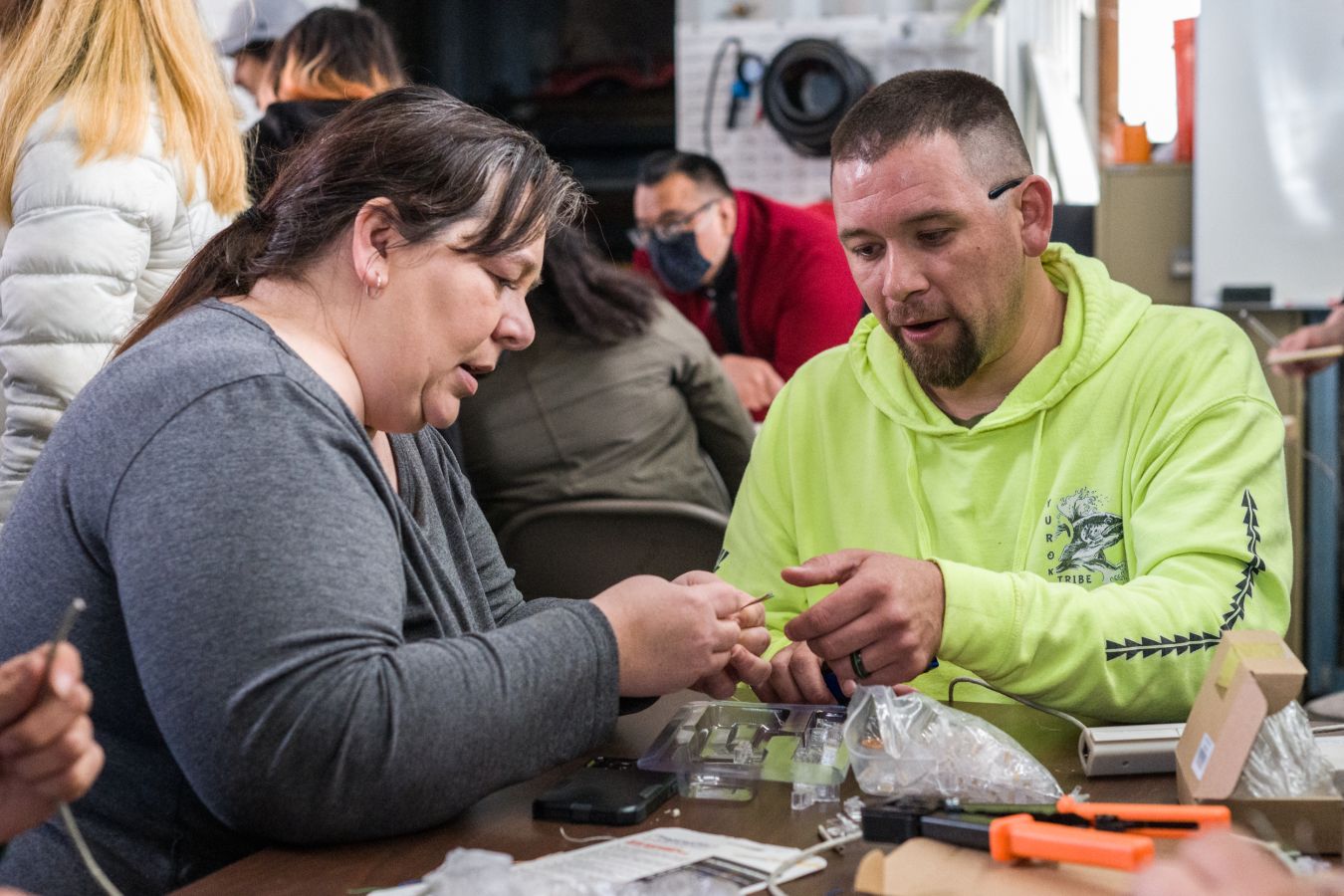 An effort to foster digital sovereignty and support tribal citizens to build and operate their own broadband networks in Indian Country is gaining momentum.

Responding to the challenges of COVID and the opportunities created by the federal attention and investment into tribal broadband, our own Christopher Mitchell, Director of the Community Broadband Initiative at the Institute for Local Self-Reliance, prominent Tribal broadband advocate and 20-year veteran behind the Tribal Digital Village, Matt Rantanen - along with a loose coalition of public interest tech people - have organized a series of trainings to help tribes tackle building and running networks for themselves.

These Tribal Broadband Bootcamps build on the work of Internet Society's North American chapter at an Indigenous Connectivity Summit. The first Bootcamp, held in the summer of 2021, brought together nearly two dozen tribal citizens from five indigenous nations who gathered in southern California to learn how to build and operate wireless networks using their FCC license for 2.5 GHz spectrum access. The second bootcamp, held in March 2022, focused both on wireless and fiber networks. The third bootcamp, slated for next week, will be the first on the sovereign territory of the Yurok Nation in northern California.

Each bootcamp is a 3-day intensive learning experience that invites tribal citizens to come together with experienced network architects, managers, and policy experts to walk participants through what it takes to build a local broadband network, how to operate as Internet Service Providers, and handle the associated technical challenges.

While many rural areas outside of Indian Country lack decent access to broadband, the lack of high-speed Internet connectivity on Tribal reservations is particularly acute.

For decades, Tribes have been overlooked, ignored, and defrauded by telecommunications companies who, for the most part, have only sought to extract wealth from indigenous people and their land – with some notable exceptions of a handful of companies that have worked hard to connect Tribal communities. Many Tribal leaders have concluded they need to build their own networks to ensure high-quality Internet access to secure many of the modern benefits the rest of us take for granted.

Read our Tribal Broadband Bootcamp factsheet created by our Research Fellow Revati Prasad and Research Associate Emma Gautier here [pdf]. Or watch a video highlight reel of the most recent bootcamp produced by our Digital Media Specialist Henry Holtgeerts below.

If you’re from a Tribe and interested in participating in a future bootcamp, please request an invite here.