Rural Pinetop residents are getting a glimpse of  the treatment they are going to receive from Suddenlink,  even before the ISP has started offering service in the small North Carolina community.  According to locals, Suddenlink subcontractors are busting water mains, connecting fiber without homeowner permission, and spreading lies about the Town’s favored community-broadband provider, Wilson's municipal network, Greenlight Community Broadband.

A Bright Economic Future For A While

Back in 2015, this tiny, low income, town felt grateful to receive Fiber-to-the-home (FTTH), symmetrical gigabit Internet service from their electric provider, the municipal electric utility from neighboring Wilson. Suddenlink had turned their back on local residents for years, and before Greenlight began serving the community, a good day of Internet service from incumbent CenturyLink brought them 2 Mbps upload speed.

With high-quality connectivity from Wilson’s Greenlight, the town began envisioning a new economic future. They recognized the importance of high capacity upload speed as an economic development tool to attract the professional and creative class. They wanted to attract doctors, lawyers, engineers, and digital media artists from Greenville and Rocky Mount to their town where the cost of doing business was low and the quality of life was high.

Tech entrepreneurs and other businesses community leaders in Pinetops hoped to attract need high capacity upload to share data heavy files, such as  x-rays, and blueprints from a home office or other place of business.

"Whose Side Are You On?"

In June 2017, the North Carolina General Assembly passed legislation, HB 396, mandating that the City of Wilson disconnect all its services from Pinetops within 30 days of being notified by a new provider that such retail service is “available” (words undefined but which seem like they could mean service is on for one home). The law is silent on Greenlight re-starting services if Suddenlink turns its service off. Leaders in Pinetops remain stunned that the state legislature is taking away their access to Wilson’s Greenlight, the key to their economic development plan. 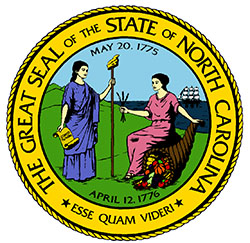 Locals found it a remarkable coincidence that while this law was being written, a Suddenlink representative visited the Town Commission. He told them the company now wanted to serve them, but could only provide them 50 Mbps upload speed. He noted that they did not need the gigabit upload speed they currently received from Greenlight unless they had an international corporation that was doing some heavy report uploading. There are two such corporations in town.

With Suddenlink now telling them they must limit their economic vision, the community’s greatest fear is that it will end up with no modern service at all.

"The economics just don't work for Suddenlink to build fiber here," said Coker Craig. "I've thought about contacting Altice (their parent company) to ask if they realize they'll lose money here. And I haven't heard anything from CenturyLink or seen any indication that they're planning to upgrade their services to compete. Maybe they'll end up with their monopoly again if Suddenlink decides to cut its losses."

“Pinetops struggled for years with poor Internet service because CenturyLink had no competition, and thus no incentive to provide more than the lowest level of service. Like most small, rural eastern North Carolina towns, Pinetops has significant economic and population challenges. Suddenlink provided service just a few miles outside of town, but showed no interest at all in competing here, even with their basic services. Greenlight invested in us when no one else would and their service has been fantastic! We can boast internet speeds that make city residents jealous -- and may even entice them to bring their families and businesses here. Why on earth is our state legislature forcing us to lose great service in favor of lower quality and speed that may not even stick around once they've kicked Greenlight out? We could easily end up with no modern internet service, or be forced to pay exorbitant charges that our residents simply can't afford. This is certainly not government serving the best interest of its rural citizens.”

What would be a reasonable fix? According to Coker Craig:

“Allow any companies that want to serve rural Pinetops do so. That’s the free market. Wilson Greenlight is the best out there and we are very fortunate to have it. Why would our legislature force us to take less and add more weight to our significant economic challenges? They should be encouraging better internet for all of rural eastern North Carolina -- not taking it away from us!"

Local Authority is A Must

The situation in Pinetops has attracted the attention of national media, federal lawmakers, and respected policy leaders. All have pressed for the elimination of state barriers in North Carolina that prevent communities such as Wilson from helping neighbors with high-quality Internet access across county lines.

Learn more about the situation in Pinetops, anti-competitive behvior from big ISP such as Suddenlink, and how publicly owned networks can benefit local communities by hosting a screening of a documentary about the community in your town. "Do Not Pass Go" shows how the people in Pinetops have turned around their situation with FTTH from Greenlight and how they now face an uncertain future, thanks to the state legislature and Suddenlink's desire to drive Greenlight out of the community.