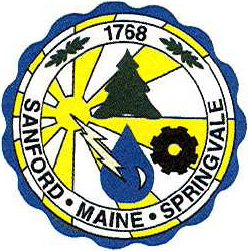 Sanford, a city of about 21,000 in far southwestern Maine, is weighing its options for a limited fiber optic network. The Sanford Regional Economic Growth Council has been the driving force behind the project, hiring Tilson Technology Management of Portland earlier this year to develop a Broadband Plan for Sanford.

The Growth Council began exploring broadband issues only after realizing late last year that they had been left out of Maine’s “Three Ring Binder,” a federally-funded high capacity fiber backbone running through much of the state in three loops. Wary of being left behind economically by neighbors with better communications infrastructure, the Growth Council hired Tilson to evaluate their options.

The resulting report has not been made publicly available, but according to an op-ed by James Nimon, the Growth Council’s executive director:

Tilson has completed their assignment and provided “Good,” “Better” and “Best” alternatives, with the conclusion that the implementation of the Broadband Plan’s ‘Best’ scenario, which connects all the key CAIs [community anchor institutions] in Sanford, “has the potential to provide impressive public economic benefits, including adding between $47 and $192 million to the Sanford-Springvale region’s economic output over the next ten years.”

The anchor institutions to be connected include municipal buildings, local schools, a mill yard, a hospital, and industrial parks. According to a recent Sanford News article, the costs projected by Tilson range from $362,000 for the most limited deployment to $961,000 for the “best” alternative.

The city and the Growth Council will now begin the process of exploring federal, state, and private partnership funding opportunities, in an effort to bring the advantages of a high speed fiber network to their community.