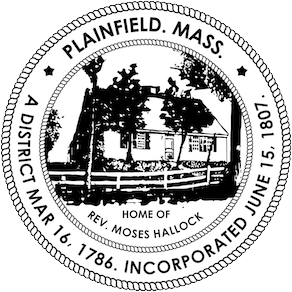 At the 2019 Annual Town Meeting, voters in Plainfield, Massachusetts, unanimously approved the $150,000 necessary to begin operating the Plainfield Broadband network. Westfield's Whip City Fiber, about 35 miles south, will be working with Plainfield to manage the latter's network. Plainfield Broadband expects to have Fiber-to-the-Home (FTTH) high-speed Internet service to a few homes at the end of 2019 and a finished network in 2020.

The funding comes to about $150,000 in the 2020 town operating budget, and will cover the Plainfield Broadband project expenses. Departmental receipts will pay for about $132,000, and the remaining $18,000 will come out of taxes. In future years, however, the network will be funded through service receipts according to Plainfield Broadband Manager Kimberley Longey in the local newspaper, the Daily Hampshire Gazette.

Longey also told the Daily Hampshire Gazette that 162 residents have signed up for Internet access from Plainfield Broadband; if another 110 residents sign up for service, then the network will be in a secure financial position. Plainfield residents can register online or at the local library.

Plainfield is a small town of only about 600 people and the plan is to bring high-speed Internet service to several homes in late 2019 with a full rollout in 2020. The prices for the Plainfield Broadband services are $85 each month for residential Internet service and $12.95 for phone service. Residential service has upload and download speeds of up to 1 Gbps (1,000 Mbps), and there is no contract for the service.

A Collaboration of Community Networks

The town of Plainfield has been working on a plan to improve Internet access for years. In 2015, they created the Plainfield Light and Telecommunications Department, commonly known as Plainfield Broadband, as a Municipal Light Plant (MLP). Originally designed to provide for electricity, MLPs are now also a way for communities to own and operate their own networks for Internet service.

The town partnered with Whip City Fiber, the MLP of the nearby city Westfield. Whip City Fiber currently provides Internet service in several other western Massachusetts communities and is working in some capacity with around 20 different towns in the region. They're offering consulting services, managing infrastructure, and providing Internet access.

This is a large step for the small town, but they are ready to move forward. As reported by the Daily Hampshire Gazette, Longey explained the importance of the supporting Plainfield Broadband:

"This is a community network … Our sustainability is based on people taking service from us for TV and [I]nternet."