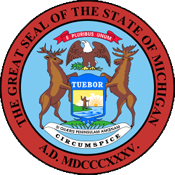 Big cable and telecom lobbyists managed to locate a legislative vehicle for the components of last December's bill to fund rural broadband, locking out some of the state's most promising opportunities to bring better connectivity to those who need it the most. There’s still time for Michiganders to express displeasure and the result and possibly influence change. You can file a public comment online through February 15th.

When we reported on Michigan’s HB 5670 in December, it was set to appear before the House Communications and Technology Committee. Prior to the hearing, however, Chair Michele Hoitenga removed it from the agenda. Regular readers will remember Hoitenga, whose support from cable and telecom companies has inspired her to introduce anti-muni legislation in the past.

The bill, dubbed the “Broadband Investment Act,” established a fund to provide grants for infrastructure deployment, but specifically locked out municipalities and other government entities from eligibility. Consequentially, local ISPs that might want to provide services via publicly owned fiber were also stifled from projects because this provision essentially ended the possibility of public-private partnerships or any competition with large incumbents.

According to the language of HB 5670, “broadband” was defined as 10 Megabits per second (Mbps) download and 1 Mbps upload. While we have seen state broadband legislation from several years ago falling back upon this outdated definition of “broadband,” Michigan condemns rural residents to slow, unreliable, last-century technology. It indicates a thinly veiled attempt to hand over state funds to telecom companies with no interest in providing anything better than what they already offer in rural Michigan — DSL or satellite Internet access.

Language in the bill also goes to extreme lengths to ensure that funds will only go to projects that have not received funding from any other source. What will prevent many projects from ever receiving funds, unless those projects are being developed by big corporate incumbents, is the fact that funds can’t be awarded to projects in places where other ISPs are planning to develop infrastructure.

President of the Michigan Broadband Cooperative (MBC) Ben Fineman also points out that the legislation only allows the funding to be used for infrastructure. Due to the fact that only $20 million has been allocated for the fund, the Cooperative believes that the funds would be better used as grants for planning.

The Dance of Legislation

When the bill was set to be heard in committee, Fineman and MBC, along with other state groups interested in community broadband, encouraged constituents to contact their elected officials to express concerns about HB 5670. As a result, the bill was pulled from the agenda. At the time it appeared to be finished, but this wallflower found its way on to the dance floor by being folded into a huge appropriations bill, SB 601. The bill was approved by the Governor on December 31, 2018.

Constituents Can Cause Change

Now, Fineman and MBC request that folks in Michigan who may be dismayed by the result in the bill or annoyed by the legislative process in this case file a comment by February 15th to the Connecting Michigan Communities (CMIC) Grant Program. Perhaps, by educating the folks at the agency that manages the fund and sharing your concerns, they will be better to advocate for changes to how the funds are distributed.

For the best results, keep it brief, polite, and personal.

You can email your comments directly to: DTMB-CMICGrant(at)michigan.gov.