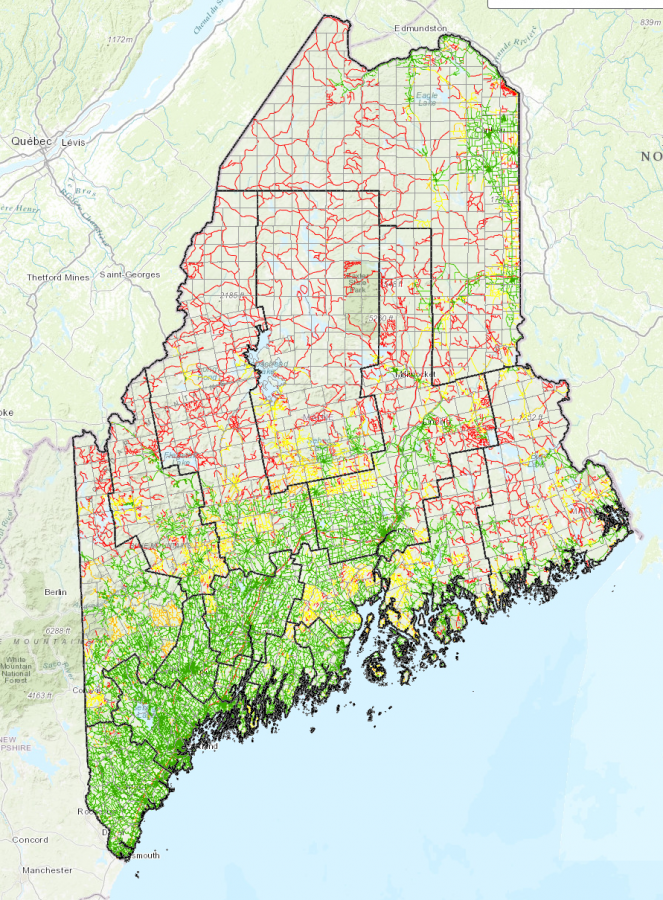 Maine’s High-Speed Internet Infrastructure Bond Issue, which we first wrote about a month ago, has passed. 76% of voters said yes to Maine Question 1, which authorizes the issuance of $15 million in general obligation bonds to fund projects which will expand broadband access for residents in underserved and unserved areas. Underserved areas are those where less than 20% of the households have speeds of 25 Megabits per second (Mbps) download and 3 Mbps upload. Unserved areas are those where broadband service isn’t offered by provider. The northern and eastern parts of the state suffer from particularly poor connectivity options. The money will join $30 million in additional federal, local, and private money, for a total of $45 million to be invested in the near future.

Where We Go From Here

The ConnectME Authority will administer the grants. It’s a significant injection of funds for the broadband authority, which has given out slightly more than a million dollars a year over the last ten years to build mostly last-mile connections and bridge the broadband gap. Passing the measure makes Maine the first state to bond to fund broadband projects, serving as an example to other states looking for avenues to do the same.

As it stands, somewhere around 83,000 households lack access, though this doesn’t include those families who can’t afford to subscribe. The impact of this digital divide has become even more starkly outlined over the last six months, and since the future of telework relies on affordable, reliable, high-speed connections, states that don’t commit resources to the problem will fall further behind.

As we wrote about in June, the measure was supported by a host of advocacy groups, business interests, and individuals. More than three dozen public and private groups signed on to support the Vote Yes on 1 for Better Internet campaign. Supporters range from broadband advocates and providers, such as Maine Broadband Coalition, GWI, and OTELCO, to groups like AARP Maine, Island Institute, GrowSmart Maine, and the Kennebec Valley Council of Governments.

Mainers likewise emphasized the importance of the bond measure, demonstrating the variety of struggles brought on by a lack of Internet options:

In March, my school announced it would be closing for the remainder of the spring semester . . . I slowly adapted, but could only continue to function as a student provided my Internet connection remained stable. As this was a stressful period, I was reminded that for many, college exacerbates existing mental health conditions, and teletherapy during a remote semester depends on an Internet connection. -Micaela Simeone, Burnham

This is an opportunity not to be missed. Maine is a rural state with a far-flung population. If Maine invests now, we can help Mainers, particularly in rural areas, who don’t have access to reliable high-speed Internet service. -Pat Pinto, AARP Maine Volunteer State President

At Tilson, the Portland company where I serve as CEO, many of our employees in Maine now work from home and grapple with inadequate broadband. Our mission is to build information infrastructure. The irony is not lost on me that the company I run, which designs and builds the Internet, can’t find sufficient Internet to support its workers. -Joshua Broder, CEO Tilson

As one news outlet pointed out, this is just one piece of the puzzle. The ConnectME Authority estimates it would cost $600 million to extend high-speed Internet to 95% of the state in its January 2020 Broadband Action Plan [pdf].

Many community networks in Maine have taken great strides over the last half decade. Islesboro's gigabit network just celebrated its second anniversity, and SanfordNet completed its buildout last September. They'll be joined by Arrowsic in the near future.