Islesboro, Maine, Will Vote to Bond for Municipal Network in May 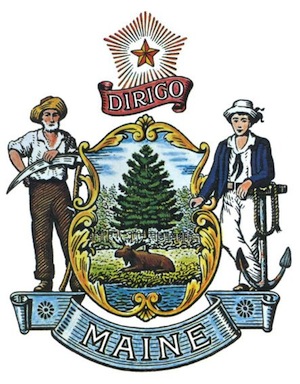 Islesboro, the Maine island community of 566, will decide in May whether or not they want to bond to build a municipal fiber network, reports The Working Waterfront. The network will be owned by the town who plans to partner with GWI to operate and manage it.

Currently, about 2/3 of residents on the island use DSL from Fairpoint. While a few locations can reach 15 Mbps download, most residents pay from $20 - $70 for around 3 Mbps download. Upload speeds are much less. GWI also offers point-to-point wireless from the mainland and one side of the island has cellphone.

The firm estimated costs to cover the island to be between $2.5 and $3 million, which would include construction and leasing of poles from Central Maine Power (CMP).  Community leaders will ask voters to approve a municipal bond to fund the project:

In 2012, the community formed a Broadband Working Group to dig deeper in to the state of broadband on the island and search for ways to improve it. The community hired a consultant to do an assessment and make recommendations. Traditional large scale providers do not find the community ripe for investment with its small number of households.

After reviewing the recommendations, community leaders decided it was in the community's best interest to deploy a network that would be owned by the public. They then engaged in a Request for Information process and received responses from three vendors. Eventually, they chose to work with GWI, in part because it is a local company. Fairpont and Time Warner Cable also responded, but their proposals did not stipulate that the infrastructure would belong to the town. There were other inferiorities in their proposals.

Community leaders have determined that they will need approximately 50% of the community to subscribe in order to cover the operating costs. They also hope that, with more subscribers, they can reduce the prices below the proposed rates. At this time, they anticipate offering service at $35 per month for 3 Mbps/1 Mbps, $75 per month for 500 Mbps symmetrical, and $125 per month for gigabit service.

If voters approve the bond issue at the annual town meeting on May 9th, they will be asked to commit to a level of service in order to accurately assess the project's viability. If there is not a 50 percent commitment, the town may not proceed with the bond issue. If the bond is approved and sign-ups suggest a favorable future, construction would begin in the fall.