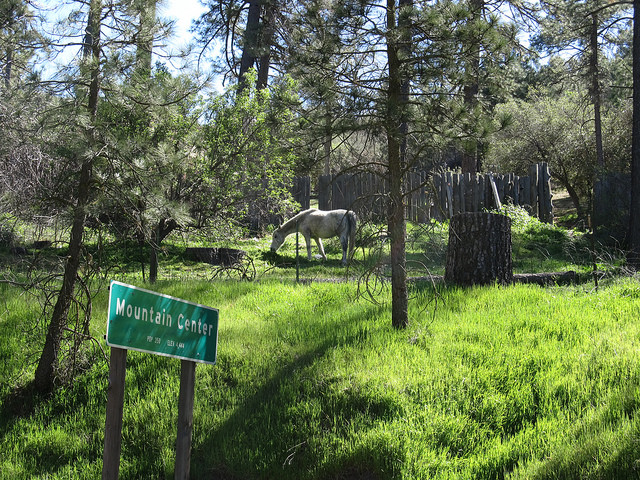 In southern California, an electric cooperative provides high-speed Internet service and continues to expand, meeting the needs of its 4,000 rural members. With community support, Anza Electric has navigated paperwork, construction delays, and more challenges. In May 2018, the California Public Utilities Commission will decide whether or not to award a grant of $2.2 million for Anza Electric’s fiber network project, Connect Anza.

We spoke with Anza Electric’s General Manager Kevin Short to learn more about the grant proposal and the project timeline. In July 2017, we reported that Anza Electric had submitted the grant application for a rural area south of Mount Jacinto in Riverside County. Short provided us with an update and more information on why this area was not part of the co-op’s first Internet access project.

This area in Riverside County follows scenic highway 74 and includes the communities of Pinyon Pines, Garner Valley, and Mountain Center. The project will provide Fiber-to-the-Home (FTTH) Internet service to the rural co-op members. The co-op will also provide free high-speed Internet access to local fire stations and the Ronald McDonald camp for children with cancer.

In total, the project costs $3.7 million, but the co-op has about $1.5 million to devote to the project. They hope to obtain the remaining $2.2 million from the California Advanced Services Fund through the California Public Utilities Commission. Anza Electric applied for the grant last year. More than 600 people have already signed onto a petition to support the co-op’s application. (Read the petition here.) The California Public Utilities Commission vote in May 2018 on the grant, which will significantly reduce the amount of time the co-op will need to connect the proposed project area. In 2010, when Anza Electric started plans to build a Fiber-to-the-Home network, this area in Riverside County was part of the original project area. The cooperative, however, ran into some unexpected challenges and had to delay building the network in this specific region.

The first speed bump came from highway 74 itself, also known as the Pines to Palm Scenic Byway. Although Anza Electric has access to the utility poles along the highway, state scenic highways have special protections, preventing companies from adding new structures in the right-of-way along the road. The co-op would have to either put the fiber lines underground in rocky terrain or get a specific type of permit, significantly increasing the cost of the project. Due to the rocky geography of the area, the cooperative decided that the most cost-effective and timely decision was to obtain the special permit for aerial deployment.

The next hiccup came from a sale in 2015 - 2016. At the time, Verizon was the incumbent provider in the area and provided Internet service to several of those rural communities. The company decided to sell its service area to Frontier Communications, which used some of the Connect America Fund to build DSL service in a few parts of that service area. This, however, effectively sideswiped Anza Electric’s project plan, which had included those residents in their cost-model, by eliminating several areas as potential subscribers.

Anza Electric regrouped and decided to remove the areas of Pinyon Pines, Garner Valley, and Mountain Center from their initial project plan. The co-op moved ahead with the majority of the project and agreed to return to that area after they had secured more funding. Rather than allow one area with multiple issues to distrupt the entire project, they decided to come back to this region later.

In 2010, the initial plan had started out simple, a fiber backbone connecting three electric substations and a single switch station as part of a Supervisory Control and Data Acquisition (SCADA) system. The co-op, however, recognized that the community had a high demand for residential broadband service, and explored how to build out slowly. In 2015, by an overwhelming margin, the co-op membership voted at their annual meeting to include high-speed Internet service in their bylaws.

Anza Electric also began to explore grant opportunities. They looked into the Connect America Fund, but the requirements were too restrictive. Short gave a an anecdote about a Federal Communications Commission field representative who pointed out that since the co-op members had access to 4G service, they did not qualify for the grant.

The California Public Utilities Commission, however, administers the California Advanced Services Fund. In 2015, Anza Electric hired a grant writer who worked to improve the application. Frontier challenged some areas of Anza Electric’s proposal, and the co-op removed areas from the grant application where Frontier offered service. The Public Utilities Commission awarded the co-op a grant of a little more than $2.6 million that December 2015. Anza Electric also borrowed some funding from Co-Bank and refinanced their federal Rural Utilities Service (RUS) loans.

The project brings high-speed Internet access to about 3,000 households in the Riverside County communities of Anza, Aguanga, Lake Riverside Estates, and Reed Valley. About 2,000 potential subscribers are waiting to be connected; 800 are subscribed and obtaining Internet access from Anza. At first, Anza Electric advertised speeds of 50 Mbps for both download and upload speeds at $49.95 each month. In December 2017, the co-op upgraded the speed offer to 100 Mbps symmetrical with no cost increase with no data limits and no contracts. Short explained that the co-op is currently completing the last few hundred feet of the “last mile” of fiber line to each resident’s house. They experienced a few construction delays in the 2016-2017 winter, and people are clamoring for reliable Internet service.

The 4,000 electric members will be the first to receive Internet service before Anza Electric considers any possibility of expanding further. The co-op currently has 23 employees for the entire organization, including the new telecom department. Short clarified that, after the grants for the cost of building the fiber network, the co-op will be able to cover its operating expenses. This second California state grant has the potential to bring much needed, high-speed Internet service to these hard-to-connect rural communities.

The California Advanced Service Fund is just one of a number of state grant programs that community networks have tapped into to serve their rural members. Colorado and Minnesota administer similar programs and have seen progress in connecting communities with local Internet service providers.  Anza Electric General Manager Short described the California state grant program in 2015 was “an absolute blessing.”

Image of the Pines to Palms Scenic Byway courtesy of Ken Lund via flickr through a creative commons license [Attribution-ShareAlike 2.0 Generic (CC BY-SA 2.0)]. Thanks, Ken!