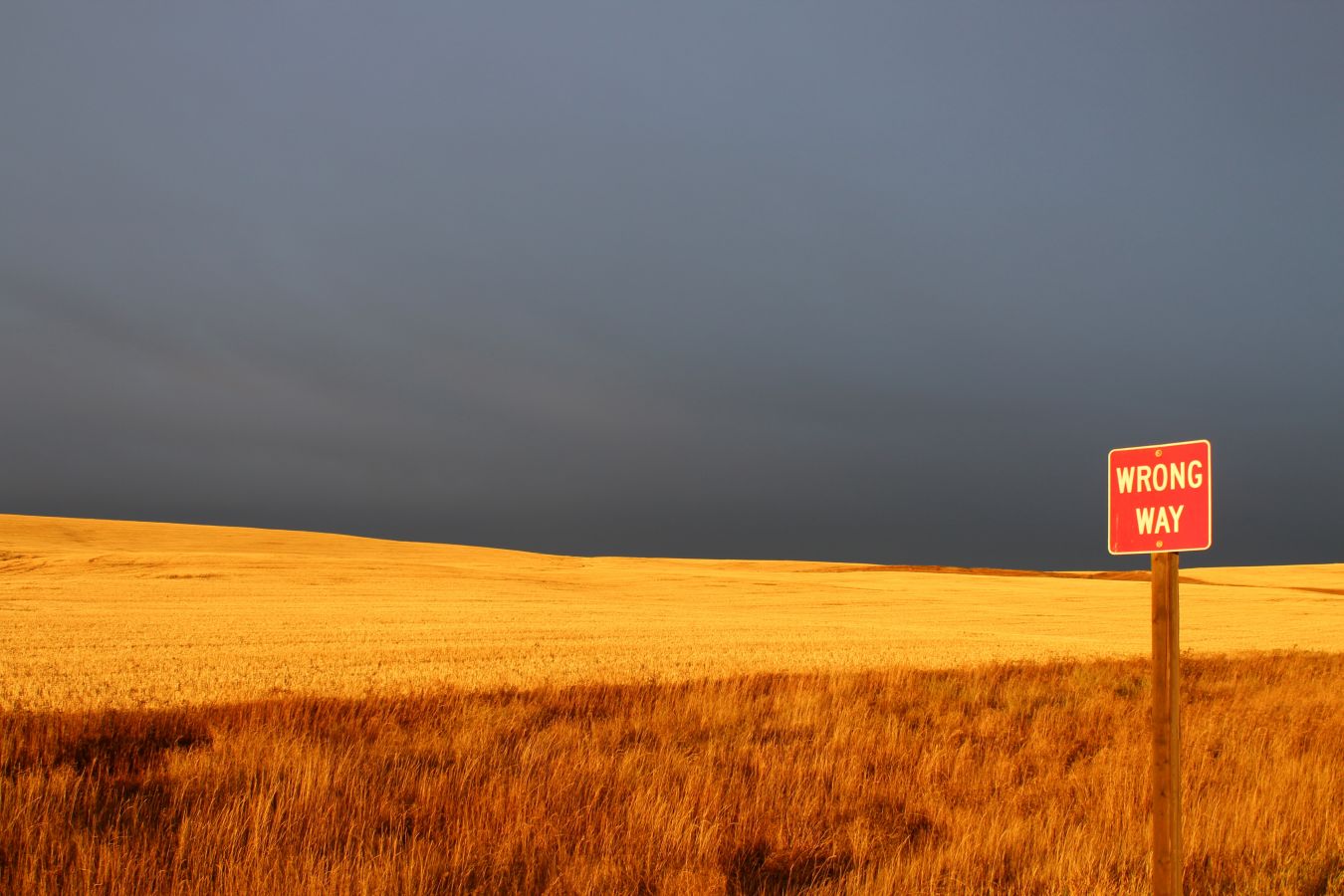 A recent report by BroadbandNow made the rounds in February, with the authors concluding that the average price for broadband access across all major speed tiers for Americans has fallen, by an average of 31 percent or nearly $34/month, since 2016. At a glance, this is great news – perhaps affordable Internet access for all is within reach?

Readers following up to check out the report itself would be well justified in coming to the same conclusion, with BroadbandNow writing in the first paragraph that “we’ve found that prices have decreased across all major download speeds (25Mbps up to 1Gbps+) and technologies (cable, fiber, DSL and fixed wireless).” Immediate news coverage reinforced the report’s points.

But you don’t have to follow broadband policy closely to get the sense that something a little off is going on here. It feels like every day there’s a story like this one about Cable One, with a provider increasing speeds as it improves its network infrastructure and then raising rates while removing the slowest tier options. Charter and Comcast, for their part, do this nearly every year whether pairing it with speed increases or not. Is broadband access getting cheaper, or more expensive? What’s going on here?

The reality is that this report from BroadbandNow, unfortunately, poorly frames the national broadband marketplace. At best, it muddies the waters with a lack of clarity about the relationship between broadband access speed tiers and relative pricing. At worst, it leaves the average reader with the incorrect assumption that broadband prices must be falling, and gives the monopoly cable and telephone companies ammunition to push for millions more in taxpayer dollars while building as little new infrastructure as possible.

Either way, it contradicts the fact that broadband prices, for the vast majority of Americans, have consistently gone up over the last decade.

At the most basic level, BroadbandNow says it took the plan offerings from 2016-2021 for 50 providers from its database of 4,000 Internet Service Providers (ISPs). It combined those data with FCC Form 477 data in order, it claims, to get a sense of what has happened to prices and speeds over time.

According to the study:

Here’s the moment where it looks like BroadbandNow wanders off the path and gets into trouble, because what the report authors don’t make clear enough is that this is actually a report of relative value in cost-per-Megabits per second (Mbps), not a report of broadband bill trends over time.

Again, from the report:

When looking at the average price for Internet in each speed bucket starting in the first quarter of 2016 compared to the fourth quarter of 2021:

Unfortunately, the only thing we can clearly pull out from here is that the above speed buckets are less expensive today than they were five years ago. That’s not all that revolutionary though, for all the reasons that we might expect: web content has become more data hungry, remote work more common, the presence of an increasing number of connected devices, and more people using the Internet every day. A 500 Mbps connection in 2016 was more expensive than it is today, but that’s only because those users who wanted it in 2016 were willing to pay a premium. In fact, if we boil it down, that’s all this report really shows - the decreasing luxury value of a high-speed connection over time.

The problem with the lack of clarity in this report, both in spelling out its conclusions and explaining its methods, is that it will no doubt be exploited to argue that competition is alive and well, and the broadband marketplace in the United States doesn’t need things like provider nutrition labels or community-driven solutions or any kind of regulation. Don’t believe us? Here’s what Forbes Senior Contributor Roslyn Layton wrote about it on Monday this week:

The [BroadbandNow] data clearly demonstrate lowered price and increased competition. This contradicts the assertions of many leading media, think tanks and regulatory advocates that US broadband prices are high and that there is little to no competition. For example, studies like the Open Technology Institute’s Cost of Connectivity purport that US prices are not only high, but higher than other countries. The point of these reports is to impugn America’s broadband providers and its light-touch regulatory regime. More largely, such studies reflect a long campaign to regulate broadband heavily, including nationalization efforts to promote government-owned networks by taxing private providers. The Open Technology Institute did not return a request for comment.

And here’s how it was covered by another outlet:

Broadband prices have dropped, in some cases significantly, over the past half-decade, according to an analysis by Broadband Now, which compares broadband services.

The White House has been pushing its broadband subsidies in part by arguing affordable broadband is “out of reach“ for many in the country, but the trend —thanks to technology and economics — is already providing a tailwind toward greater affordability.

To frame this - as the news coverage and, arguably, the report itself does - as the cost of broadband going down from 2016-2021 is plain wrong. To anyone who has paid a broadband bill in the last five years, it’s also obviously misleading, because the vast majority of us are paying more for our Internet access now than ever before.

Any other conclusions in this report must also be heavily qualified. For instance, the numbers seem to demonstrate that the average speed of household Internet access across the United States is getting faster. This is all well and good, but unless it’s joined by pricing or other data, the report only really tells us what we already know: that older network technologies like DSL are getting phased out, cable companies are improving performance as they add splits or improve their hardware and software, and more and more fiber is getting built. Beyond that, pure speed metrics are pretty useless.

In the end, what’s missing from this report is clear acknowledgement that while the value relationship between cost and speed may have been improved over the study period, it only serves to obscure the problematic reality that for most Americans the cost of base broadband plans has slowly but inexorably gone up.

There’s no question that the 200 Mbps service for $65 is a better value than 100 Mbps service for $60 in the Cable One example from the start of this piece. But value is a pretty meaningless concept when households - especially in economically vulnerable communities  - as well as those living on a fixed income, can’t afford the price of admission in the first place. To them, paying more for a faster basic speed tier that the provider uses to justify rate bumps illustrates the reality of living in monopoly territory.

How do we know this BroadbandNow report isn’t a useful snapshot of the existing marketplace and what households are actually paying? Because CEOs themselves admit to the practice of shifting customers on the lowest tier (to be discontinued) to a faster, but more expensive base tier as a common way to extract more money from households taking service. Here’s the CEO of Cable One talking about the example above:

In the process of making these changes, Laulis said it’s actually lowering the price of its gig and unlimited tiers but ‘we’ve done the modeling and know that it will still result in ARPU growth.’

ARPU stands for Average Return Per User, which is one of the primary ways by which ISPs calculate the rate of their return on providing network services.

To really track affordability, then, cost has to be disconnected from speed to draw any useful conclusions about how much households have been paying for broadband access over time. A useful study would compare the lowest, average, and highest-cost plans of each ISP over time. Analyzing the plan offerings of individual providers across years makes sense – you can see a clear price trajectory for a given speed tier change (or not) over time.

What Are We Left With?

In the end, then, when you aggregate price-per-speed-bucket data over dozens of providers and multiple types of technologies without incorporating those variables in your analysis, any trend becomes pretty dubious. The truth is that ISPs across the nation often do not set consistent prices across the entirety of their footprints. In areas where a regional monopoly ISP is the only provider, the lack of competition almost always leads to higher prices.

Maybe there’s something going on with this analysis that we’re not understanding - even the full methodology is thin and leaves a lot of questions unanswered. The whole report is less than 800 words, which unfortunately leaves the reader to infer a great deal. From where we stand, though, this does not look much like a broadband pricing study that reflects the concrete bills that American households pay each month. And we’re extremely skeptical of any claim that broadband access prices have fallen significantly over the last five years, especially given work by others with more robust methods that says otherwise.