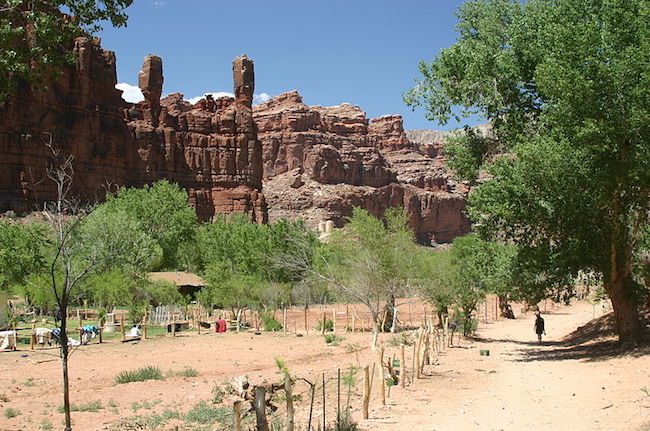 Rural tribal communities in the U.S. struggle with some of the worst connectivity in the country. Decades of neglect have put them even farther behind other rural communities, many of which are moving toward community networks rather than depending on national Internet access providers. The most isolated tribal community in the continental United States has chosen to shrink their disadvantages by establishing a community network.

The Havasupai Indian Reservation, home to about 600, is surrounded by the Grand Canyon National Park in Arizona. Having populated the region for centuries, the federal government restricted them to the reservation, an area of about 518 acres in Havasu Canyon, in 1882. Non-Indian ranchers, settlers, and miners started takng over the area in the 1870s and Executive Order confiscated the Havasupai homelands for public use. After the establishment of the Grand Canyon National Park and generations of persistence, the tribe finally won back more than 188,000 areas of plateau and canyon lands in 1975 through an Act of Congress.

The community, on the floor of the Grand Canyon, can only be reached by helicopter, or an 8-mile hike that starts 67 miles away from the nearest town. Mail is still delivered by mule.

That persistence is paying off again as the Havasupai Tribal Council focuses their attention on broadband access. They're collaborating with nonprofit MuralNet to connect the main residential area in Supai, where about 450 tribal members live. The nonprofit's mission is to assist tribes like the Havasupai develop infrastructure to obtain high-speed Internet access.

In the spring of 2018, the tribe obtained a temporary Educational Broadband Service (EBS) Spectrum license. MuralNet, local ISP Niles Radio, and Northern Arizona University have all contributed toward the effort to launch the community network. Niles Radio provided 30 Megabits per second (Mbps) backhaul at no charge in addition to volunteering to help with deployment. With MuralNet professionals and volunteers from the community, the LTE network was up and running within a day. Equipment costs for what MuralNet describes as the first phase of the network were $15,000. As a result, a few homes in Supai were able to obtain broadband service, along with the Head Start Center.

With the sudden access to the Internet, students in Supai felt an immediate impact. Head Start teachers were now able to obtain necessary training to keep local programs in compliance with national requirements and take classes online to improve the program. Center Director Carlos Powell:

"The only way we can accomplish that [keep up with federal certification requirements] is through broadband," Powell says.

"Having to send my teacher out for a semester would be way, way expensive for this tribe and that teacher to do."

The next phase of the build-out, a $15,000 expansion in the summer of 2018, increased the number of homes with Internet access. MuralNet also began training tribal members network management.

Launching the network was the quickest part of the process, says Mariel Triggs from MuralNet. It took months for the FCC to to grant the tribe a permanent license to the spectrum, which they expected in a few weeks. With delays and legal costs, the project has cost around $127,000. 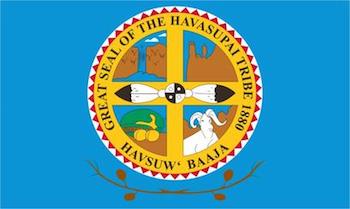 In order to expand the use and reach of the network, MuralNet and the tribe want to increase their bandwidth to one gigabit. In addition to bringing service to more homes, they want to make use of telemedicine applications, and distance learning.

Traditionally, students of high school age have had to leave the reservation and live in boarding schools to pursue their diplomas due to the remote location. With access to distance learning, they could stay with their families.

In an NPR report on the tribe’s network, journalist Laurel Morales described how Evan Balderrama visits in person with a special needs therapist twice a month. The family is one of the lucky few with home Internet access allowing Evan to work with the therapist via Skype three times a week. The connection isn’t perfect, says Evan’s mom, who describes some lag in the signal, but she’s noticed that the increased therapy has helped Evan.

Members of the Tribal Council, including Ophelia Watahomigie-Corliss, want to expand those opportunities.

"We have different generations of telemedicine equipment that have just been sitting around collecting dust because [broadband] has been unable to be established," Watahomigie-Corliss says.

In July, she appeared before a U.S. House Agriculture subcommittee to describe her rural community’s struggles with lack of broadband. She described their work establishing the community broadband network. “These services that ordinary Americans have been using for the past 20 years are still not a reality for my entire community, but this is the first glimmer of hope we have seen for decades,” she said.

When the priority window ends, the EBS Spectrum will be auctioned off to other bidders.

MuralNet has assembled more information about the process, including FAQs about the FCC Order, considerations for your tribal community, problems with the FCC's approach, and requirements to claim the EBS Spectrum at their website. They have also developed a series of maps to help you determine if EBS Spectrum is available in your area.

For more on EBS Spectrum and tribal networks, check out this conversation between Christopher and Matt Rantanen, Director of the Tribal Digital Village, for episode 362 of the Community Broadband Bits Podcast.