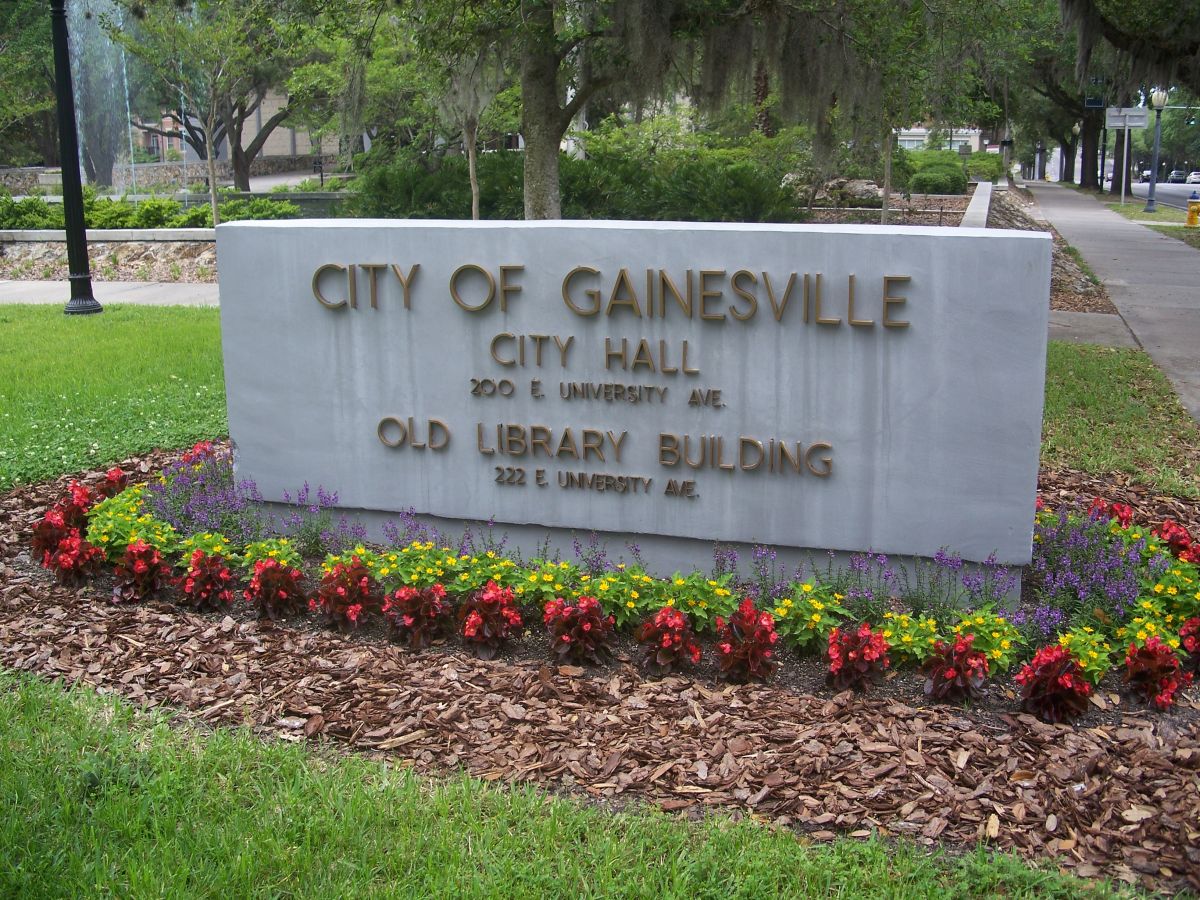 A milestone moment is on the horizon for the north central Florida city where Gatorade was invented to rejuvenate Florida Gator athletes with electrolytes. Tomorrow night, the Gainesville City Commission was slated to discuss how the city will spend its $32 million in American Rescue Plan funds and how much of that should be poured into rejuvenating Gainesville’s digital landscape with fiber-fueled gigabits. (The meeting however was postponed today due to COVID-19 concerns and will likely be rescheduled in the comings weeks).

With city, county, and school officials in April having unanimously approved the development of “a plan to create Internet access for all people” in Alachua county, in the county seat Gainesville’s city manager has requested city commissioners approve using $12 million of those federal funds for the city’s utility company, Gainesville Regional Utility (GRU), to extend its existing fiber network to residents thirsty for reliable, affordable, high-speed Internet service.

“We have been working on this for years and this could be the last chance for us to get this started,” Connected Gainesville founder Bryan Eastman told ILSR in a recent interview.

The city’s utility company, Gainesville Regional Utility (GRU), has already deployed over 600 miles of fiber throughout the city and for the past two decades its subsidiary GATOR NET has been offering symmetrical gig speed service to area businesses, apartment buildings, government agencies, and community anchor institutions.

In 2017, Connected Gainesville began a public campaign with the hopes of persuading city officials to bring fiber-to-the-home connectivity citywide in a market dominated by Cox Communications, the incumbent monopoly cable provider serving this city’s approximately 141,000 residents, 56,000 of whom are students attending the University of Florida.

“We have been slowly cracking away at this (effort to build a city wide fiber network),” said Eastman, who owns and operates a website development company based in Gainesville for political candidates. And while surveys taken two years ago indicated there was skepticism about the project, “the pandemic really lit a fire under it.”

The playbook the city is using is the business plan developed by Magellan Advisors, who identified the downtown area - as well as neighborhoods in east and southeast Gainesville - as the “Priority 1 Area” for the start of a city-wide municipal fiber-to-the-home (FTTH) network. The map carves the city into “Broadband Priority Areas” with the end-goal of building out the network across five sections of the city, as funding becomes available.

When Magellan Advisors put together the business plan, having “thoroughly re-examined” the feasibility study, Magellan’s analysis, which was updated earlier this month, found that CCG’s “major points are well stated and we generally concur.” However, the authors of the business plan wrote, “it is crucial to note that the COVID-19 pandemic and response has fundamentally altered the broadband marketplace from the time two years ago that CCG delivered its study.”

While the cost to build out the distribution network citywide is estimated to be about $66 million, community broadband advocates led by the citizen-group Connected Gainesville are pushing for city commissioners to allocate $12 million of the city’s American Rescue Plan money to fund the first phase of construction over the next year. If funds for that project are approved, the core network would be extended to pass 11,299 homes, 13 public housing projects, and 1,892 businesses.

“We have a very large student population with the University of Florida as the preeminent university in the state here. We have one of the youngest cities in the United States (median age: 26.3) and so a lot of people here are interested in having high-speed Internet,” Connected Gainesville founder Bryan Eastman said. “We also have a large population of professors and startups so it’s a really good place to talk about how to expand broadband and connect people to twenty-first century technology.”

“It’s also a southern town with income inequality and where communities of color are particularly affected by the digital divide,” Eastman added, explaining why Gainesville is ripe for offering municipal Internet service that can assure everyone in the city has access to an affordable option as the regional monopoly provider, Cox Communications, is expensive, leaving Gainesville residents paying the highest Internet access rates in the state.

Recent results of a quarterly survey of Gainesville residents conducted by the ETC Institute, a national survey and research firm, seems to indicate Eastman is not alone in that assessment. In response to the statement: “Make Broadband Internet available throughout Gainesville," with responses that range from “inessential” to “essential,” 43.6 percent of city residents said it was "essential" while another 32.4 percent considered it "very important." As Eastman noted, that means the most recent survey of city residents found that 76 percent consider universal access to broadband an important part of the city’s “2021 Action Plan.”

Eastman is hoping the upcoming city commissioners meeting will demonstrate how energized city leaders are to run the last mile in bringing equitable access to high-speed Internet service for all Gainesville residents.