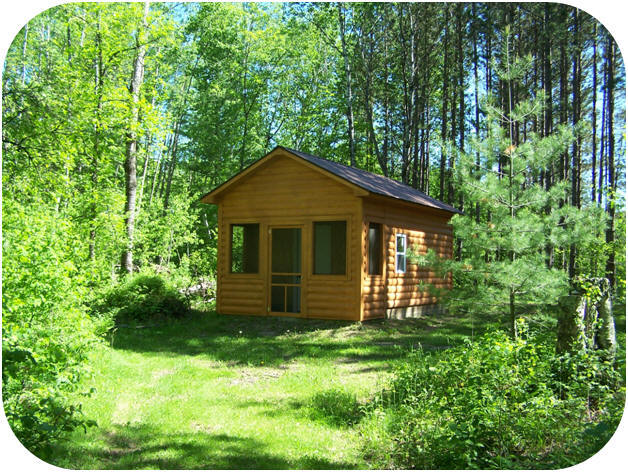 The lakes and forests of Aitkin County in northern Minnesota make it an ideal location for a vacation home, but poor connectivity has historically limited days spent at the cabin to weekends and holidays. However, a new partnership between Mille Lacs Energy Cooperative (MLEC) and Consolidated Telecommunications Company (CTC) is making it possible for families to extend their trips up north by connecting lakeside cabins with high-speed Internet access.

The two co-ops are working together to build a Fiber-to-the-Home (FTTH) network, XStream Fiber, that will bring fast, reliable broadband access to homes and businesses in MLEC's service territory. MLEC hopes that the improved connectivity will benefit the local economy by encouraging seasonal residents, who make up more than 40 percent of the cooperative's membership, to stay in the region for longer.

According to Stacy Cluff, Technology and Energy Services Manager at MLEC, the electric cooperative had been exploring its options for offering high-speed broadband access for a decade. But it wasn’t until 2016 when MLEC began working with CTC, which had previously partnered with Arrowhead Electric Cooperative on a broadband project, that the XStream Fiber network became a reality.

CTC’s role in the partnership is to provide network connectivity, Internet backhaul, and backend support while MLEC manages billing, marketing, and other subscriber services. The cooperatives coordinate technical support calls, with MLEC handling basic issues itself and pushing higher level problems to CTC. The electric co-op owns all of the fiber infrastructure within its service territory.

The Xstream fiber might not have made it into the ground the $1.76 million Minnesota Border to Border Broadband grant that MLEC received in 2016. The award was the first Border to Border grant received by an electric cooperative, and helped fund phase one of MLEC’s project with CTC. During that phase, the cooperatives deployed fiber connectivity to approximately 800 households and a few businesses and community anchor institutions in Aitkin County. The state grant helped MLEC develop its partnership with CTC and “really got us kickstarted,” Cluff explained. Former MLEC General Manager Brian Zelenak agreed, saying at the Upper Midwest E-Connectivity Listening Session last year:

“Our project was possible because of the grant and because of the partnership. We would not be doing it otherwise . . . CTC knows what they’re doing in this space.”

CTC is also pleased with the partnership. At an NRECA event earlier this year, CEO and General Manger Kristi Westbrook spoke to how the project with MLEC exemplifies the cooperative principle of cooperation among cooperatives:

“I think we are losing some of our philosophy of what cooperatives are supposed to be doing together. It is really important as we build out networks that co-ops should be coming together . . . We can tell you that it really works well.”

XStream Fiber connected its first subscribers in December 2017. In the completed phase one area, Cluff reported that the co-op has achieved a take rate of over 50 percent, despite the high proportion of seasonal residents. Currently, MLEC is on the second phase of network deployment, which it has broken up into three sections: one section is already online and the others should be connected by the start of September.

Subscribers can choose from a variety of service tiers once their section of the network is completed:

Ideally, MLEC would like to one day connect all of its members, Cluff said, but it is mainly focusing on underserved areas right now. “We’re just trying to hit as many pockets of areas as we can,” she explained.

To finance future expansions, MLEC is applying to more grant programs, including the U.S. Department of Agriculture’s Community Connect Grant and the next round of the Border to Border grant. Even without the grant funding, the co-op has committed to spend a certain amount per year on broadband projects, Cluff shared. In the past, MLEC has acquired bank financing through CoBank to supplement grant awards.

If seasonal residents who are able to are able to extend their stays now that they will be able to telecommute, the co-op expects the additional time and money they spend in the region will have a positive impact on the local economy.

“We’ve got the highest senior citizen rate of any county in the state of Minnesota . . . Telehealth will improve their quality of life, it allows those people to remain in their homes longer, and it reduces that exodus that you see as people age [to towns and cities]. This allows people the dignity of staying where they have been born and raised a lot longer.”

Learn more about how rural cooperatives like MLEC and CTC are bringing the benefits of connectivity to their members across the country by viewing our recently updated report Cooperatives Fiberize Rural America: A Trusted Model for the Internet Era.