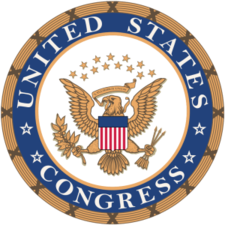 Since it was first introduced in Congress in March, the Community Broadband Act of 2021 has gained widespread support from over 45 organizations representing local governments, public utilities, racial equity groups, private industry, and citizen advocates.

The legislation -- introduced by U.S. Representatives Anna Eshoo, Jared Golden, and U.S. Senator Cory Booker -- would authorize local communities to build and maintain their own Internet infrastructure by prohibiting laws in 17 states that ban or limit the ability of state, regional, and local governments to build broadband networks and provide Internet services.

States have started to remove some long-standing barriers to public broadband on their own. In the last year, state lawmakers in both Arkansas and Washington removed significant barriers to municipal broadband networks, as high-quality Internet with upload speeds sufficient for remote work, distance learning, telehealth, and other online civic and cultural engagement has become essential.

Community broadband networks offer a path to connect the unconnected to next-generation networks. State barriers have contributed to the lack of competition in the broadband market and most communities will not soon gain access without public investments or, at the very least, the plausible threat of community broadband.

The Many Benefits of Publicly-Owned Networks Despite the tangle of financial restrictions and legislative limitations public entities face, over 600 communities across the United States have deployed public broadband networks. (See a summary of municipal network success stories here.)

Community networks bring immense value to the localities they serve. Beyond providing access to the Internet, the benefits have proven to further increase job opportunities, allow for entry into the digital economy, and improve access to education.

Municipal networks often connect anchor institutions, like government buildings, hospitals, schools, and libraries, which can save cities money in the long-term, as opposed to incessantly purchasing service from existing ISPs. Cities can also leverage community broadband networks to improve utility efficiency, with smart grids to monitor electricity usage and outages.

In 2010, Chattanooga became the first city in the United States to have citywide 1 gigabit symmetrical upload and download speeds. An independent study [pdf] completed by Bento Lobo, Ph.D., head of the Department of Finance and Economics at the Rollins College of Business at the University of Tennessee at Chattanooga, found that the city-owned fiber network, EPB Fiber, which cost $220 million to build, delivered Chattanoogans a $2.69 billion return on investment in its first decade of operation.

According to the study, the fiber optic infrastructure directly supported the creation and retention of 9,516 jobs, which is about 40 percent of all jobs created in Hamilton County during the study period. EPB’s fiber smart grid also reduced the cost of power and the frequency of outages. The study documents a 40-55 percent annual decrease in outage minutes, providing EPB customers with an average of $26.6 million in savings each year by helping them avoid lost productivity, spoilage, and other negative impacts.

“The true economic value of the fiber optic infrastructure for EPB’s customers is much greater than the cost of installing and maintaining the infrastructure,” Lobo said. “Our latest research findings show that Chattanooga’s fiber optic network provides additional value because it provides high speeds, with symmetrical uploads and downloads, and a high degree of network responsiveness...necessary for the smart grid and other cutting-edge business, educational and research applications.”

EPB Fiber is permitted to offer high-speed Internet access only in areas it also offers electricity. The state refuses to allow municipal broadband networks to serve their neighbors, even if they are entirely unserved.

Although it’s hard to measure, another benefit of community-owned networks is that they are accountable to the users they serve and committed to connecting entire communities, which tends to result in exceptional customer service, something often lacking with larger Internet Service Providers (ISPs). State barriers to public broadband can be traced back to a 2004 Supreme Court decision in Nixon v. Missouri.

Although the 1996 Telecommunications Act gives the federal government authority to revoke state and local regulations that bar any entity from providing telecommunications services, the Supreme Court held in an 8-1 ruling that “any entity” did not include cities and counties. That opened the door for states to pass laws that protected big monopoly providers from the competition municipal networks would introduce.

The anti-competitive impulse resulted in lawmakers, under the influence of big telecom lobbyists, erecting barriers to municipal broadband in states across the country. Some states, such as Nebraska, maintain outright bans; others, like North Carolina, preserve de facto bans which create legal uncertainty for communities attempting to offer telecommunications services. (This resource [pdf] summarizes the laws of states with barriers to public broadband, as of July 2020.)

The forms these incumbent-friendly barriers take vary. But, one thing these laws have in common is that they are fashioned to appease incumbent cable and DSL providers.

The incredible lobbying power of a few monopoly cable and phone companies relies on the notion that “the invisible hand” of the free market should shape the governing of communications infrastructure, thanks in no small part to pro-industry think tanks funded by monopoly ISPs which attack the very idea of community-owned broadband networks.

The lack of competition which has resulted has created a massive digital divide, leaving millions of Americans unable to take advantage of remote work, online education and health services, and unable to fully participate in civic engagement.

The Community Broadband Act is an opportunity to put a stop to anti-competitive legislation and prioritize local decision-making.