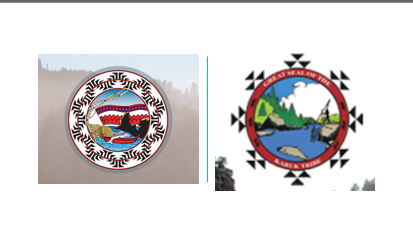 Tribal residents and others living along near Six Rivers National Forest in Humboldt County, California are about to get a broadband boost. The Yurok and Karuk Tribes announced at the end of July that the Klamath River Rural Broadband Initiative received more than $10 million from the California Public Utilities Commission’s (CPUC's) California Advanced Services Fund (CASF) to add over a 100 miles of additional fiber to the project’s community network, connecting hundreds of additional homes, businesses, and anchor institutions. The award marks the second injection of funding from the CPUC’s grant program to the initiative.

Over the River and Through the Woods

Humboldt County covers more than 4,000 square miles along the coast in the northwest part of the state, about 60 miles west of Redding. It’s one of the least-densely populated areas in the state, marked by rural, mountainous, rugged terrain for the roughly 150,000 people who live there. Those in the northern fifth of the county have it particularly hard; the region is bounded by national forests on either side, with the Klamath River running down the middle. As recently as 2009, telephone service in the region was unreliable, and Internet access was restricted to dial-up or satellite. The Klamath River Rural Broadband Initiative (KRRBI) has been working since 2013 to address this digital divide.

The new CPUC award totals a little more than $10.8 million to add 104 miles of new fiber to their middle-mile network. Last-mile connections come via fixed wireless, a cost-effective way to bring broadband to rural areas. The new route will connect the communities of Orleans to Orick and Weitchpec to Wautec and Johnsons, bringing new service to 616 households, 8 first responder agencies, and 14 additional anchor institutions like schools, tribal offices, and health care clinics. The project will also add three redundant links to the existing network across the 80-square mile area. “For the residents of far Northern California, this initiative will produce more positive outcomes than almost any other public infrastructure project in the last century,” said Joseph L. James, Chairman of the Yurok Tribe, in the press release. “The installation of fiber will facilitate substantial progress in many different areas, ranging from public health to education and economic development to public safety. I would like to thank the CPUC for the funding to complete this pivotal project.”

The expansion is broken into five segments, and per award stipulations will be complete within 24 months, providing low-latency 10/1 Megabit per second (Mbps) service and including a low-cost plan for qualifying families that runs $15/month.

KRRBI leaders anticipate issuing a request for proposals to find a builder the middle of next year, with construction starting in the fall of 2021. KRRBI has future plans for expansion that include participating in the 2.5 Ghz Rural Tribal Priority Spectrum Window which was just extended from August 3rd to September 2nd. Over the last few weeks, broadband advocates have called on the Federal Communications Commission to extend the window so as to provide enough time for tribes across the country to put together applications during the current public health crisis.

The network, run by the Yurok and Karuk Tribes (whose ancestral territory adjoins one another and overlaps along the Klamath River) got its start in 2013 with a $6.6 million grant to serve 616 households and 26 anchor institutions in Orick, Orleans, Johnsons and Wautec. Matching funds equaling $6.2 million came from the tribes. The grant funds came from CASF, which was created in 2007 to bridge the digital divide by disbursing grants in underserved and unserved areas. The CASF was originally given $100 million to hand out for projects, but the program has been expanded dramatically since. Awards require matching funds based on the project, though the CPUC also offers 20% of the total project cost to awardees in the form of loans.

"The installation of modern Internet infrastructure will level the playing field in our rural communities. For the first time, young adults will have an opportunity to enroll in online learning programs, instead of making the 4-hour round trip to the nearest university. Native artists and traditional tradespeople will be able to engage in digital commerce. Our most vulnerable citizens will be able to take advantage of telehealth because of this project," said Russell Attebery, Chairman of the Karuk Tribe.

In 2018 the initiative partnered with Siskiyou Telephone Company to connect the fiber backbones between Humboldt and Siskiyou Counties. Siskiyou Telephone received a $3.6 million CASF grant to connect Happy Camp and Somes Bar, with KRRBI linking up to add redundancy to both projects. KRRBI eventually plans to spend $26 million on the project. Its community investment efforts were noted in New America’s 2020 Report The Cost of Connectivity.

For more about how tribal networks are bringing broadband to their communities, read our coverage or listen to episodes of the Community Broadband Bits podcast.