Broadband Infrastructure Bill: The Good, The Bad & The Ugly 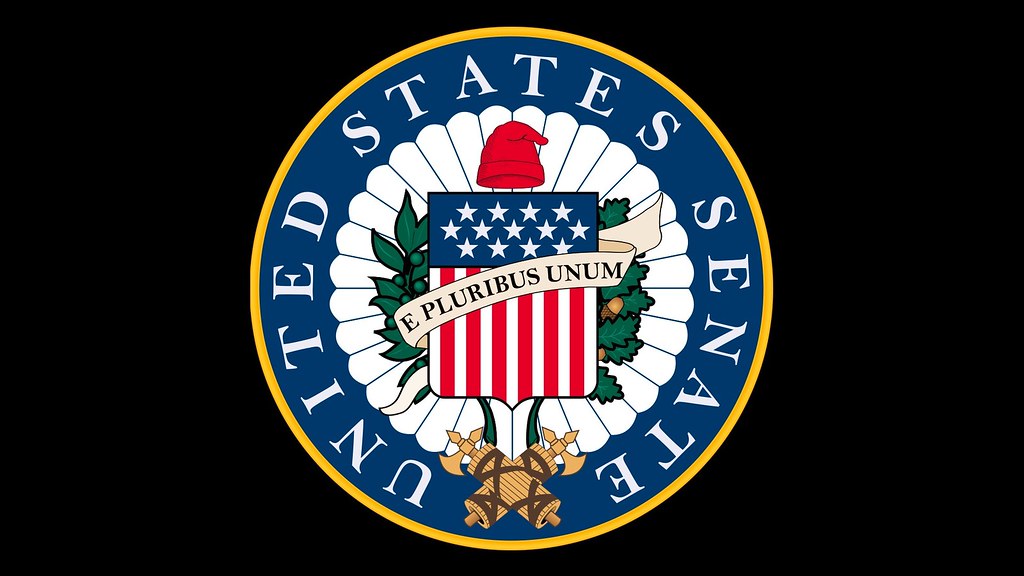 The bipartisan infrastructure bill, which includes $65 billion for expanding access to reliable, high-speed Internet service, passed in the U.S. Senate yesterday. The full text of the bill, posted on U.S. Sen. Krysten Sinema’s (D-Arizona) website, appears to be identical to the draft of the bill detailed here by the law firm Keller & Heckman.

For those of us who favor local Internet choice, the bill is a mixed bag filled with The Good, The Bad, and The Ugly. Let’s start with …

Of the $65 billion allocated in the bill, $42 billion of that is to fund the deployment of broadband networks in “unserved” and “underserved” parts of the country. The good part of that is the money will be sent to the states to be distributed as grants, which is better than handing it over to the FCC for another reverse auction. The FCC’s track record on reverse auctions is less than encouraging, and state governments are at least one step closer to local communities who have the best information on where broadband funding is needed.

In a nod to community broadband advocates and general common sense, the bill requires States to submit a “5-year action plan” as part of its initial proposal that “shall be informed by collaboration with local and regional entities.” It goes further in saying that those initial proposals should “describe the coordination with local governments, along with local and regional broadband planning processes,” in accordance with the NTIA’s “local coordination requirements.”

And the bill specifically says that when States award the grant money, they “may not exclude cooperatives, nonprofit organizations, public-private partnerships, private companies, public or private utilities, public utility districts, or local governments from eligibility for such grant funds.”

That alone is a major victory considering how much lobbying money was lavished on Congress by the cable and telco giants who for decades now have fought fiercely to prevent federal and state governments from making any funding available to cooperatives, nonprofit organizations, and local public agencies in order to protect themselves from competition.

Another good nugget contained in the bill is that after years of trying to prod the FCC into upgrading the minimum definition of broadband from 25/3 Mbps to something more in line with current needs, the bill requires ISPs who receive funding to provide speeds of at least 100/20 Mbps.

And another Easter egg: a separate $2 billion pot of money will be added to the Tribal Broadband Connectivity program, which was first established with the Covid relief package administered by the NTIA and passed in December 2020. It also changes the timelines for that program, giving Tribes more time to develop solid plans for how to improve Internet access.

(A few other hidden gems):

And, lastly, there’s one part of the bill that is good but with a huge caveat: it indefinitely extends the Emergency Broadband Benefit program by allocating $14.2 billion for a “sustainable” (and re-named) Affordability Connectivity Benefit that would provide a $30 per month voucher for eligible low-income families to use toward any Internet service plan they choose.

The obvious caveat: it’s $20 less per month than what EBB is offering now and it relies on Congress’ willingness to continually fund the program, which, depending on which way the political wind is blowing and who is in office, it’s subject to be cut.

Another caveat: not only is this a big giveaway that will funnel millions of federal dollars into the coffers of the big monopoly providers, the EBB program is administered in such a way that makes it hard for new, small, and even mid-sized Internet Service Providers to participate or, in some cases, discourages them from making the effort. For a discussion on how poorly the EBB is administered see this episode of Connect This!

Not only does the bill not prioritize funding for municipal, cooperative, and non-profit networks, it exclusively prioritizes funding for “unserved” areas defined as areas that do not have access to a paltry 25/3 megabits per second service. It further defines “unserved service projects” as projects serving areas where not less than 80 percent of locations in the project area are unserved. (This is better than requiring 100 percent, which often makes projects unviable).

Secondarily, the grant money can be used to fund projects in “underserved” areas, which is defined as areas that do not have access to broadband service delivering between 25/3 Mbps and 100/20 Mbps. The bill further stipulates that in order to use the grant money for “underserved” areas, the state has to certify that all “unserved” locations have already been served.

This is bad because there aren’t many places outside of the most rural regions of the country that do not have access to 25/3 broadband service. And considering that large swaths of suburban and metropolitan areas would not qualify as “underserved” (lacking access to service offering between 25/3 Mbps and 100/20 Mbps) because they are “served” by high-cost, underperforming monopoly providers, this bill can be seen as a way to ensure expanded broadband access is confined to mostly rural America, while all but ignoring the broadband challenges in non-rural parts of the country, which is where most Americans live.

In other words, there’s nothing in this bill that includes the more robust elements contained in the Affordable, Accessible Internet for All Act or what President Biden’s initial American Jobs Plan called for: namely, a bill that addresses the affordability gap and also encourages competition in a way that favors community-centric solutions as an alternative to the corporate shareholder-focused monopoly model. There is very little in this that will help fix broken broadband markets.

As noted by Issie Lapowsky, Protocol’s chief correspondent, the bill “does away with some parts of President Biden's initial proposal that were the least popular with the telecom industry, including more-aggressive requirements regarding network speed and provisions that would have targeted grant funding to municipal, government-run networks.”

She notes how the bill is “good news” for the telecom giants, quoting Blair Levin, former executive director of the National Broadband Plan and current policy adviser to New Street Research, on why Comcast is a big winner.

"They (Comcast) have a head start because they invested 10 years ago in trying to accomplish the same goal, which is trying to get the currently unconnected people online," Levin said, citing Comcast's low-cost Internet Essentials program. "By virtue of the staff, the relationships, the understanding of messaging and the importance of digital literacy, Comcast has skated to where the puck is going."

The bill requires the FCC to come up with rules within 2 years “to facilitate equal access to broadband Internet access service, taking into account the issues of technical and economic feasibility presented by that objective, including (1) preventing digital discrimination of access based on income level, race, ethnicity, color, religion or national origin and (2) identifying necessary steps for the [FCC] to take to eliminate such discrimination.”

This is an ugly part of the bill, not because on the surface it will force the FCC to wrestle with “digital redlining,” but because it essentially means the Senate is kicking the can down the road two years to study something we already know is happening right now.

To further bring home the point, a recent study by the Brookings Institution, shows that people who live in cities are three times more likely to lack access to broadband than their counterparts in rural America. As the study notes:

The digital gap between urban and rural parts of the country tends to garner the most attention. However, our analysis of the Census Bureau’s American Community Survey (ACS) data tells another story: The majority of digitally disconnected households live in metropolitan areas, and the gaps are especially large when comparing neighborhoods within the same place. Effectively, some residents live in digital poverty even as their neighbors thrive.

Until metropolitan leaders and their state and federal partners can address the situation, we can expect a kind of digital segregation to persist across metropolitan America.

All in all, while the bill does nothing to promote competition in a broken market dominated by monopoly providers, it’s not all bad. Or as Karl Bode wrote for Vice, “while the plan should help the up to 42 million Americans without broadband, it falls short in upending the rampant regional monopolization that has left 83 million Americans stuck with just one ISP.”

And that’s why we concur with EFF’s Ernesto Falcon bottom line take-away he tweeted after the Senate vote:

The Senate broadband provisions will be dependent on states being smart about future needs. California, with its universal fiber focus, can do very well.

States that restrict public broadband infrastructure & hand it to cable, those are going to be failures (so don't do that).