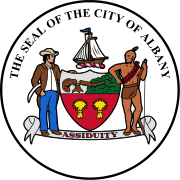 In July, the city of Albany, NY released a Request for Proposals (RFP) seeking qualified consulting firms to conduct a feasibility study for a municipal broadband service. As the RFP states, the study will look to develop strategies, find gaps in service and adoption, and develop a business plan to explore partnerships between the city and private ISPs.

According to Broadband Communities magazine, a working group comprised of several important community organizations and business groups in Albany will help to steer plans for the possible municipal broadband initiative. Jeff Mirel, a technology professional in Albany and a member of the working group, explains the group’s goals for the feasibility study:

“The first step is asking the right questions, which is what we want this study to do. What are the real broadband needs and issues that both businesses and residents experience here? Is it infrastructure, technology, education, affordability? How do we address the gaps to not only keep and attract companies, but bring these employers and a connected local workforce together? By taking a deep, comprehensive look at broadband access and usability, along with best practices, we can move towards meaningful, actionable strategies.”

This news out of Albany, a city of about 100,000 people, comes as major gaps persist in high speed broadband access in many parts of the state. FreeNet, Albany’s free wireless network, received a $625K state grant in 2009 earmarked to expand its service. But neither FreeNet nor Time Warner Cable and Verizon, the two biggest providers of broadband service in Albany, provides the fast, affordable, reliable connectivity a municipal fiber-based network could provide.

At recent hearings in front of the New York State Public Service Commission (PSC) in the New York cities of Poughkeepsie, Buffalo, and Bethlehem, political leaders and consumers expressed particular frustration with Verizon’s unwillingness to build its FIOS fiber service out to underserved parts of New York. In some cases they are asking the state’s Public Service Commission to strengthen regulations and require private companies to bring better Internet service statewide.

We warned in 2012 that Verizon would never bring FIOS to Albany and many other cities in the state. Then, as now, it’s clear that Albany’s feasibility study offers a way forward towards the only certain strategy for bringing the fast fiber-based broadband to Albany: taking matters into their own hands.